Home Article Who Is Rebel Wilson Dating? Meet Her Ex-Lovers

Who Is Rebel Wilson Dating? Meet Her Ex-Lovers 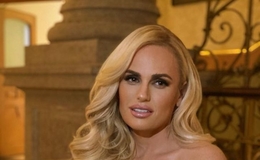 Inside Rebel Wilson's relationship history and her dating life: The 'Pitch Perfect actress is in a relationship with Ramona Agruma!

Rebel Wilson rose to fame as one of the most promising female comedy actresses to look up to after starring in the 2011 blockbuster musical comedy Pitch Perfect, where she starred as Fat Amy. The actress had notable credits, including Pizza, Bogan Pride, and Thank God You're Here, before catapulting to international stardom with Pitch Perfect. Aside from her multi-hyphenated career, Wilson's mysterious dating life also makes the actress a recurring name in the headlines.

Rebel Melanie Elizabeth Wilson was born on March 2, 1980, in Sydney, New South Wales. Before venturing into her acting career, Wilson was on the road to becoming a lawyer. Since coming into the spotlight with her glamourous career, the Australian actress has dated a few fellow celebrities, but mainly in a low-key way. Wilson's love life raised eyebrows when she came out as gay earlier this year in June.

Who is Rebel Wilson Dating?

Wilson revealed herself as a member of the LGBTQ community in June, and everyone was as surprised as they were happy for the comedian/actress. "I thought I was searching for a Disney Prince, but maybe what I really needed all this time was a Disney Princess," the 42-year-old wrote with the hashtag "loveislove." The coming out of the closet moment also revealed Wilson's Disney princess that she was talking about- Ramona Agruma. 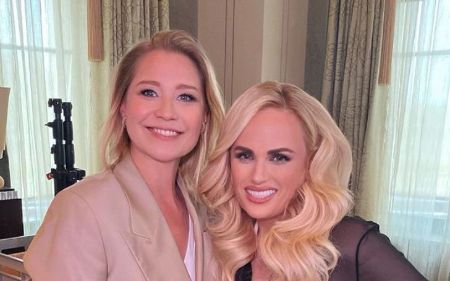 Rebel came out as gay earlier this year. SOURCE: Instagram

It appears the duo met months before Wilson debuted their relationship on social media. Although the Pitch Perfect alum claims to have found "the one" for her in Agruma, it wasn't after plenty of relationship mistakes and experiences that Wilson realized her sexual identity. "I deliberately wanted to push myself to date a bunch of people and gain that experience," the Pizza actress said.

Wilson and Agruma's earliest appearances go back to January when the pair were spotted at the NFC Championship Game in January. They were next pictured together at the Vanity Fair Oscars Party in March. Dishing on her "old school" love story with Ramona, Wilson revealed she met her at a friend's set-up, and they spent weeks connecting via call before hitting it off in person. 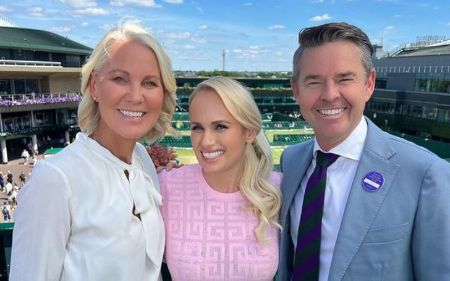 Since her coming out and relationship debut, Wilson and Ramona have thoroughly documented their cute relationship on social media, including the one time they jetted off for a romantic trip in Italy and Turkey. Wilson's outdoorsy posts of the couple definitely hint at a perfectly smooth relationship, but as per insiders, the twosome is taking things slow.

"Wilson and Agruma are enjoying getting to know each other and spending this time together," a source said, adding, "they're taking things slowly but are excited to see what the future holds." The couple's recent public appearance was at Serena Williams' first-round U.S. Open match in New York City.

While Wilson is an acclaimed name and certainly a fan-favorite comedy actress, her girlfriend, Agruma, who is not from the film industry, might require an introduction or two. Ramona may not be a SAG-nominated actress like her partner, but to say she isn't related to the industry is wrong. Agruma is a fashion and jewelry designer and enjoys a celebrity clientele. 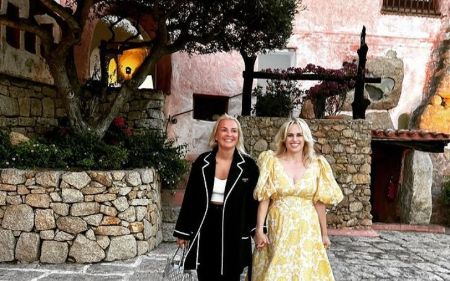 Ramona is a jewelry and fashion designer. SOURCE: Instagram

Agruma founded a sustainable fashion brand called Lemon Ve Limon in 2021. The line aims to provide affordable and comfortable clothing. Agruma's earliest feat was her luxury jewelry company called DeLys- where she maintains the spot of the creative director. Ramona is also the brand ambassador for the luxury Turkish jewelry company Bee Goddess.

Besides her professional ventures, not much is known about Agruma's life behind her achievements. The Jojo Rabit actress has been eloquently supportive of her girlfriend's business endeavors and often shows her backing on Instagram. Wilson shared a picture of the couple sporting Agruma's athleisure clothing with the caption, "new drop of @lemonvelimonshop out now. I'm very biased obviously because this cutie created it."

Before coming to terms with her real self, Wilson did little wandering dating men. The Senior Year actress turned heads when she started dating Jacob Busch, 11 years her junior, in 2020. The pair were together for only six months. Busch is an heir to the Anheuser-Busch company. Before Agruna, Wilson was very private about her romantic life and hardly addressed that part of her life in public. 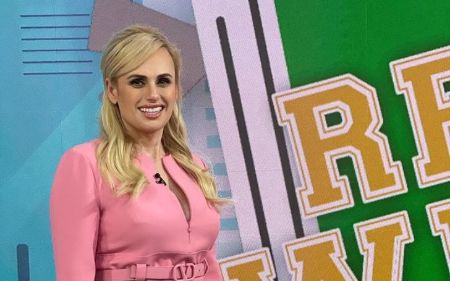 Wilson had a six-month-long relationship with Jacob Busch. SOURCE: Instagram

Because of Rebel's reticence around the subject, most of her relationships remain mere speculation and unconfirmed romance rumors. The Australian actress was rumored to be dating actor-producer Mickey Gooch JR. in 2015. Rebel also reportedly dated stuntman Aden Stay in 2017. She was linked with Beacher Media Group founder Jeff Beacher in 2017.