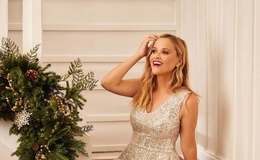 All of Reese Witherspoon's Boyfriends and Husbands: The 'Legally Blonde' actress has been married twice and is a mother of two! Complete story here!

One of the most enduring actresses in Hollywood, Reese Witherspoon, has also held the spot in one of the highest-paid for decades now. At 46, the actress keeps giving one hit after another and has a slew of hotly-anticipated projects lined up for the next few years. The world fell in love with the blonde beauty when she portrayed the stereotypical dumb blonde Elle Woods in the box office smash Legally Blonde, a film iconic as ever since its release in 2001. Witherspoon's other credits include Cruel Intention, Sweet Home Alabama, and Walk the Line- so, basically, all the timeless hits.

Born Laura Jeanne Reese Witherspoon on March 22, 1976, in New Orleans, Louisiana, Reese landed her first role in the 1991 coming-of-age drama The Man in the Moon during an open casting call. Her role as Dani Trant in the film was deemed impactful, and so started her stellar journey in the industry. By the age of 29, Witherspoon had bagged an Oscar for her role in Johnny Cash’s biopic Walk the Line. She has since created a multi-hyphenated career, being an actress, producer, and businesswoman.

Known for being fiercely vocal about gender-based biases and the equal treatment of women in the industry, Witherspoon has always presented herself as the unofficial candidate for the emancipation of female stars. Certainly, the actress has a reputation to keep, which means steering away from typical Hollywood relationship dramas and staying focused on her expansive career. Throughout the years, the Legally Blonde actress has dated a few A-listers and has been linked with a few, but nothing scandalous has ever surfaced about the actress's love life. 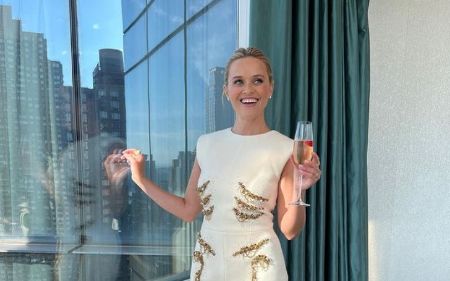 Best known for her role in Legally Blonde, Reese is an Oscar-winning actress. SOURCE: Instagram

Reese's first serious public relationship came early and proved to be a bump in her skyrocketing career. She met actor Ryan Phillippe at her 21st birthday party in 1997. A friendship ensued between the two, which soon turned romantic. The duo played each others' love interests in the 1999 hit Cruel Intentions. Three months after their movie hit the screen, Reese and Ryan tied the knot on June 5, 1999. The actor couple welcomed their firstborn, daughter Ava Elizabeth Phillippe in September 1999, followed by son Deacon Reese Phillippe's birth in October 2003.

Reese and Phillippe's jolted when the rumors of Ryan's affair with his Stop-Loss co-star, Abbie Cornish, hit the headlines in 2006. The accused pair incessantly denied the allegations, but things became pretty clear when Ryan and Abbie started dating officially after the actor's split from Reese. The estranged pair's divorce was finalized in 2008, and they were given joint custody of their kids. The Walk the Line actress's next relationship was no small affair either. 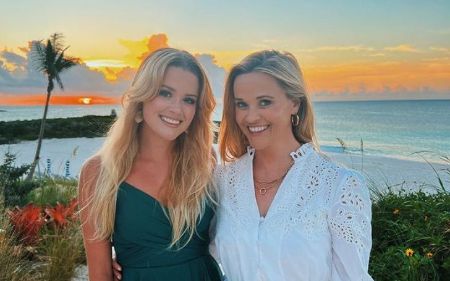 Witherspoon started dating the Oscar-nominated actor Jake Gyllenhaal a year before her divorce from Ryan in 2009. The duo met on the sets of their 2007 political-thriller film Rendition. Although a much-sought tabloid couple, Reese and Gyllenhaal preferred to keep it lowkey. "He's very supportive. Suffice it to say, I'm very happy in life, and I'm very lucky to have a lot of really supportive people around me who care very much for me, and, you know, that's all you can hope for in life," said the Oscar-winning actress while talking about Jake. The pair broke up in 2009.

Aside from her two well-known romances with the two prolific actors, the Legally Blonde actress has had some unconfirmed, rumored romances. Witherspoon was linked with actor Mahl Wahlberg after the pair starred in the 1995 thriller Fear. The actress was also linked with her S.F.W co-star Stephen Dorff in 1994. Tabloid's interest in Reese's loved life started early, with many publications linking the then-aspiring star with actor Chris O'Donnell in 1993.

The Emmy-winning actress has been happily married for over a decade now, and it suffices to say that Witherspoon has found the one in her life. Reese started dating CAA agent Jim Toth in 2010, and by the year's end, the new lovebirds were engaged. Reese, whose belief in the institution of marriage was long over, recalls Jim's words that swayed her once again. "Jim said, 'I'm gonna show you every day what a good partner is, what a good person is. I'm going to take care of you. I'm gonna do this so much that you're gonna get used to it," the actress shared. 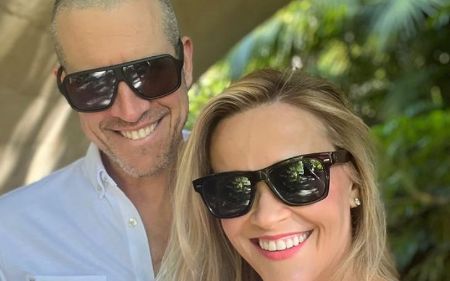 The couple tied the knot in a backyard ceremony on March 11, 2011. Stepping into a second marriage with Toth, Reese had doubts about the CAA agent's reaction toward her two children, but Toth not only wiped away her doubts but also proved to be a great stepfather. "Somebody close to me once said, 'Oh, no man will ever accept your children,' Reese said. adding, "I got lucky. I did. I got very lucky, and he's wonderful. And so wonderful with the children. I'm very blessed."

Reese and Toth became a family of five after the actress gave birth to their son, Tennessee James Toth, in September 2012. The happy spouses have since stood by each others' side like rock and taken their relationship above romance. Witherspoon revealed Toth had a lot to do with her dabbling in producing. Taking on her husband's advice, Reese founded the Hello Sunshine media company, which she later sold for a whopping $900 million. 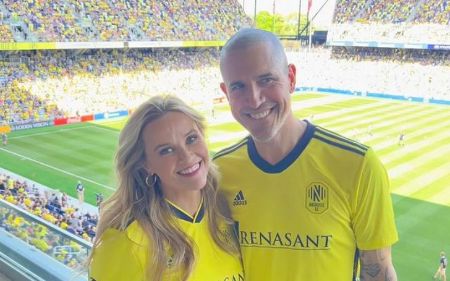 The Oscar-winning actress commemorated their 11 anniversary earlier this year. Posting a loved-up snap of the two, Witherspoon wrote, "Happy Anniversary JT! 11 years of adventures, love & laughter. I feel so lucky to share this wonderful life with you."