Home Article Renee Olstead is living a happy Married life with Husband Tommy King. See the journey of the Couple

Renee Olstead is living a happy Married life with Husband Tommy King. See the journey of the Couple 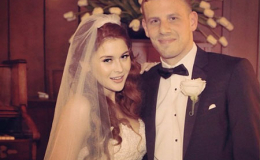 American actress Renee Olstead happily married to husband Tommy King, the couple living together without any children and affairs.

Her golden blonde hair and exquisite beauty make head turns every time she walks down the red carpet. She is the gorgeous young actress of Hollywood, Renee Olstead, best known for her role as Madison Cooperstein in popular teen drama series, The Secret Life of the American Teenager.

The Still Standing 27-year-old actress is no longer a single teenager, as she's already a happily married woman who's been married since 2014 to her handsome husband, Tommy King.

Although the couple has maintained a low profile in the news, we've gathered all the information about this adorable couple. 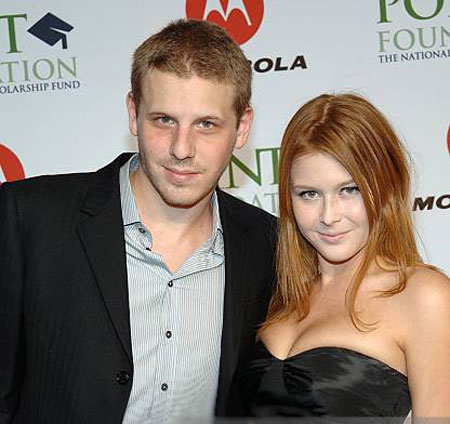 The pair tied knots in September 2014, in a small private wedding, amidst close friends and families.

They got engaged back in May 2013 and after almost a year, they tied knots happily. 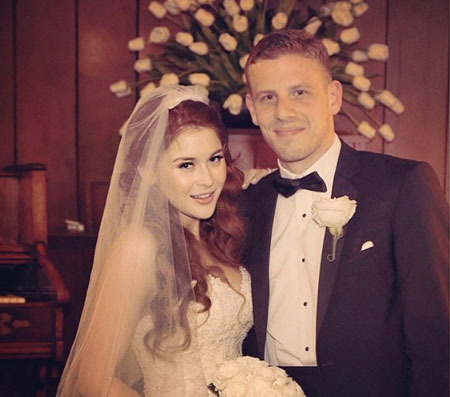 Renee with her husband Tommy on their wedding day, 2014, Source: Just Jared

This officially wed husband and wife, first met back in 2004, when the singer and actress, Renee released her debut album of jazz songs and pop standards, working with Warner Bros, Records.

She even performed with her beau in Berlin in the Live 8 Concert back in 2005. Tommy King is a professional pianist and ever since then, the duo is flourishing their musical relationship together.

The duo is still waiting for the right time to have a baby and as it turns out, they don't have any children together.

Can't get over how much I love this man. I txtd him while he was working to tell him I was in a lot of pain (again) and would be heading to urgent care. By the time I showed up, he'd already checked me in and was ready to wait with me until I could get seen by the doctor. I was in for a while, but he was still there, just working away in the lobby, waiting for me to get out.I'm so lucky to have a hubby that cares about me so much, especially since my back problems have made me such a pain in the butt lately! :) He's a keeper! #luckygirl

There is not a single rumor about the couple getting divorced or having marriage problems, so this couple is really giving us serious relationship goals.

The Secret Life of American Teenager co-stars Renee Olstead and Grey Finley: Most beloved couple of the show

Renee who co-starred in popular teen drama series, The Secret Life of American Teenager alongside, Shailene Woodley, Daren Kagasoff, Greg Finley and Megan Park, was paired up with the gorgeous actor Greg Finley in the season finale of the show. 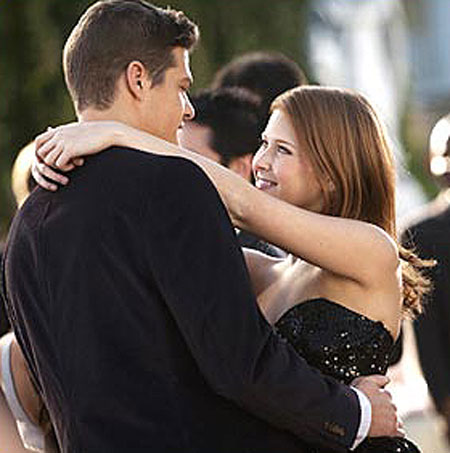 Greg Finley and Renee Olstead doing date dance in one of the episodes of the show, Source: Just Jared

The couple's on-screen romance was much appreciated by the fans and the reel-life couple was even rumored to be sparking romance behind the screens but those were denied by both actors.

Tommy is the talented pianist who started his musical career as early as he started his high school.

After graduating from high school, he pursued his passion for music by joining The LA Multi-School Jazz band where he learned music from world's legendary musicians including Horace Silver, Herbie Hancock, Billy Higgins, Ernie Andrews and so on. 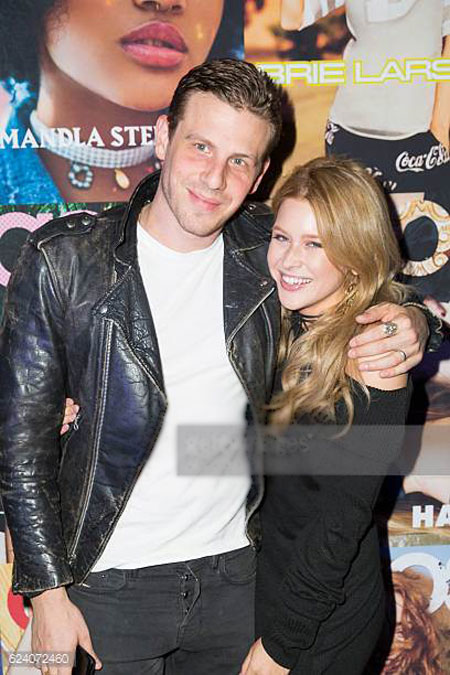 Eventually he became recognized as a professional musician playing in popular Hollywood clubs like The House of Blues and Roxy.

He met his lovely wife, actress, and singer, Renee while working with Grammy-award winning producer David Foster and soon he started working with Renee's band.

The duo has collaborated on different events like Montreal Jazz Festival, Summer Pops Festival in Liverpool and so on. Just last year, the duo released their song, Some One to Watch Over Me that has gathered 11K views on YouTube.

He has also worked with the popular American band, Maroon 5 as one of the touring members back in 2009 and 2010. And now, he owns his own Recording studio, King Recorders.

Last year I worked very diligently on the latest @johndaversa record "Kaleidoscope Eyes"...a merging of two musical words that I love so much. It's now nominated for 3 Grammys!!!! Here's a piece of Lucy In The Sky With Diamonds...one of the songs up for a Grammy.

All in all, we wish this couple lifetime of happiness and hope they soon start a wonderful family together. If you found our article informative, feel free to drop comments below and keep following MarriedWiki.