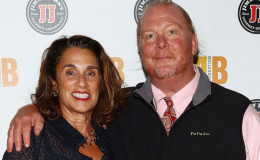 Mario Batali is living a happy married life with wife Susi Cahn. The couple is blessed with two sons together.

There's barely anyone on Earth who don't have a love for delicious food items. Susi Cahn fell in love with the Celebrity chef Mario Batali in her first encounter. Batali and Cahn who married in the year 1994 have two kids together.

Despite being accused of multiple sexual misconduct allegations, Batali is still living happily with his wife. Know the secrets of their love and amazing bonding.

Mario, 58 met his future wife Susi the first time at a food event in New York. Because of Cahn's family food business, she frequently visited such events.

After some years of dating the two tied the knot in 1994 on a beach in the Caribbean Island. Six months after the ceremony, they had an extravagant reception with mariachi and zydeco bands. 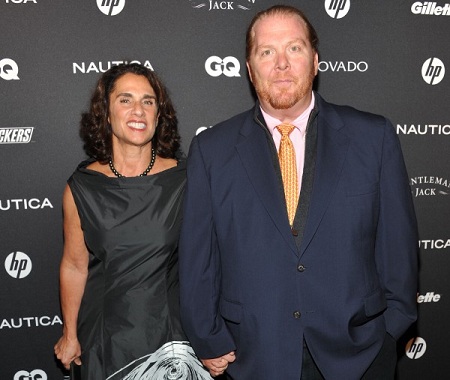 Mario Batali with his wife Susi Cahn attending an event

The couple welcomed their first baby boy in 1997 Benno Batali, and second boy Leo Batali in 2000.

Benno is currently studying at the University of Michigan; the College of Literature, Science, and Arts.

Like, father, Benno, and Leo have also taken interest in cooking. The two released a book of recipes called 'The Batali Brothers Cookbook' in May 2013. 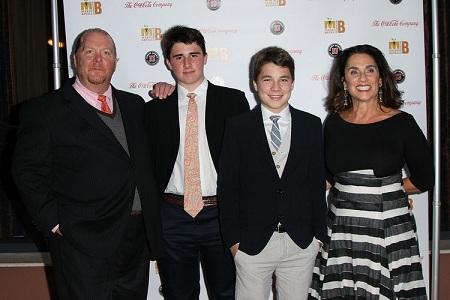 Mario Batali and Susi Cahn with their kids

The couple mostly resides in Greenwich Village in Manhattan and often spends moments in their second summer home on Grand Traverse Bay in Northport, Michigan.

Happy anniversary weekend to the love of my life !! #wheeeeeee! #paris2017??

Batali was accused of sexual harassment issues since past two decades. His wife Susi remained silent on the harassment allegations.

It seems Cahn has definitely forgiven her husband.

Batali who previously worked with The Chew is one of the latest high-profile man accused of sexual misconduct by multiple women.

The accusations came to light when four women told Eater that Batali touched them inappropriately. Three of the women used to work with Batali during their career.

One woman stated that Batali rubbed her breasts after she spilled wine on herself accidentally while the other claimed that he repeatedly grabbed her from behind and pulled her against him.

The third victim allegedly reported that he grabbed her breasts at a work party.

Batali didn't deny all the allegations saying they "match up" the way he behaved with those ladies.

"I apologize to the people I have mistreated and hurt. Although the identities of most of the individuals mentioned in these stories have not been revealed to me, much of the behavior described does, in fact, match up with ways I have acted."

"That behavior was wrong and there are no excuses. I take full responsibility and am deeply sorry for any pain, humiliation or discomfort I have caused to my peers, employees, customers, friends, and family."

"I know my actions have disappointed many people. The successes I have enjoyed are owned by everyone on my team. The failures are mine alone. To the people who have been at my side during this time — my family, my partners, my employees, my friends, my fans — I am grateful for your support and hopeful that I can regain your respect and trust. I will spend the next period of time trying to do that."

Following the sexual misconduct, Batali was fired from The Chew who was working as a co-host. ABC revealed,

"We have asked Mario Batali to step away from The Chew while we review the allegations that have just recently come to our attention. ABC takes matters like this very seriously as we are committed to a safe work environment. While we are unaware of any type of inappropriate behavior involving him and anyone affiliated with the show, we will swiftly address any alleged violations of our standards of conduct."

With the major scandal and firing, many fans of the couple wonder why Cahn hasn't spoken a word on the topic? Has everything been settled between the two or have they secretly been separated?

The New York Police Department finally closed the misconduct allegations against the celebrity chef and restaurateur without filing charges in January 2019. All three investigations against him were closed due to lack of evidence to make an arrest. 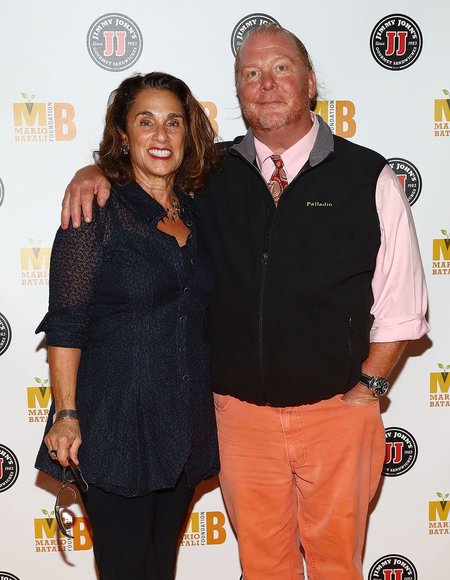