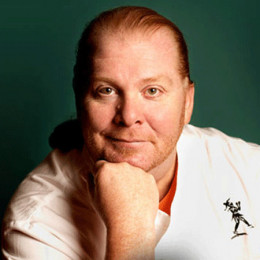 An American popular Mario Batali chef, writer, restaurateur, and media personality whose restaurant Babbo received a Michelin Guide star. He is son to Marilyn Batali and Armandino Batali. He graduated from Rutgers University for Spanish Theater and Business Management. After graduation he joined culinary school at Le Cordon Bleu. He became head chef at Four Seasons Hotel Baltimore when he was 27 years old. During his career he worked as a sous chef for Four Seasons Hotel, Italian restaurant Rocco’s etc. In 1993 he opened his own restaurant Pó in New York City and it was aired in Food Network show "Molto Mario". Along with his business partner Joe Bastianich, he owns 10 restaurants in New York, 4 in Las Vegas and few in Hong-Kong and Singapore.

Mario Batali was born Mario Francesco Batali on September 19, 1960, in  Seattle, Washington to Marilyn LaFramboise and Armandino Batali. He is American and belongs to the White ethnicity. His birth sign is Virgo.

Batali attends Rutgers University in New Brunswick, New Jersey and during that period he also worked as a cook at Stuff Yer Face. which is a popular after-pub college eatery.

Batali worked as sous chef at the Four Seasons Biltmore. Later, he appeared in the Food Network show, Molto Mario from where his career took off and the show aired from 1996-2004. In 1998, he opened the B&B Hospitality Group along with  Joe Bastianich and Lidia Bastianich.

Batali served as the co-host of the ABC daytime talk show, The Chew which was premiered in 2011. He also served as the critic of hydraulic fracturing, a method of natural gas extraction.

In 2012, he settles the lawsuit with 117 members of the B&B restaurant staff who alleged that the Batali organization had skimmed a percentage of the tip pools in his restaurants over the period of years.

Mario Batali, 57 is a married man, he exchanged a vow with Susi chan, the Coach of Dairy Goat Farm in 1994. He is the father of two sons. Together the family lives in Greenwich Village of Coach Dairy Goat Farm.

Batali also has a summer home on Grand Traverse Bay in Michigan. Previously there was a rumor that he is having an extramarital affair with a model, Topaz Page-Green in 2008. Despite his affair, his wife hasn't divorced him yet. 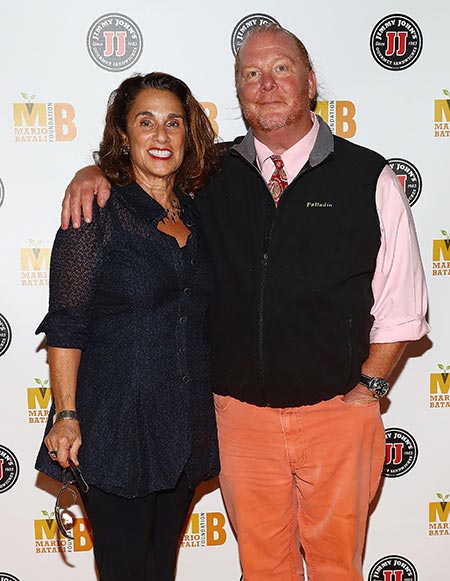 In 2008, Batali and his wife founded the Mario Batali Foundation which aims to provide funds to various children's educational program and pediatric disease research.

In December 2017, four women accused him of sexual harassment and sexual misconduct and the next day, other eight women had come forward regarding this issue. Due to this allegation Producers of ABC's The Chew asked him to step aside temporarily.

Mario Batali has an estimated net worth of $25 million, as per some online sources. He co-founded the restaurant,  Batali & Bastianich Hospitality Group which market value is more than $250 million.

Batali has been listed among Forbes' Top-Earning Chefs with the likes of Gordon Ramsey and Rachel Ray. Besides this, his books were quite successful and earned an impressive sum from it.

She is a gorgeous woman. Her picture along with Batali can be found in different sites. She is the mother of two sons.

He is the eldest son of the family. He is a happy and healthy child.