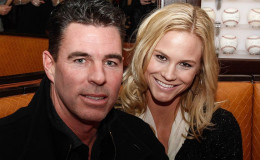 RHOC star Meghan King Edmond celebrates Baby Shower Before the birth of her Twins; She is three months due before del from her relationship; She added the picture of her shower on an Instagram page; Also, see..

It's a baby shower or, better yet, a baby sprinkle time!

Meghan King Edmond celebrated a beautiful baby shower a few weeks before the birth of her twins. She called it a baby sprinkle.

The RHOC star added a picture of the baby shower on her Instagram page. 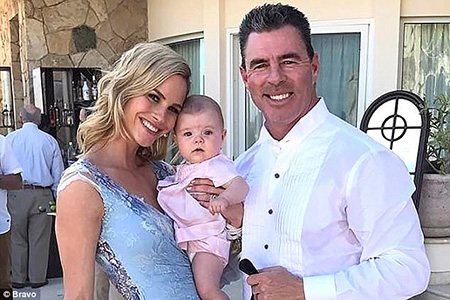 Meghan King Edmon, along with her husband and daughter
Source: Daily Mail

Meghan opted for a small ceremony as opposed to a big bash. Maybe that's why she called it a baby sprinkle. The affair occurred at the SqWires Restaurant & Annex, located near her hometown of St. Louis, Missouri.

Best baby sprinkle for the twins thank you to all my dear friends and especially to @katieelliott83 (hostess extraordinaire — aka short pregnant lady!) for an unforgettable day!

The event was hosted by her good friend, Katie Elliot, and Meghan didn't forget to holler at her friend and thank her for hosting the event.

In the picture, Meghan is donning a plain blue strip one piece along with a cream-colored mesh router. She invited the closest of her friends, though we didn't see any of the Real Housewives stars.

This will be the second pregnancy for Meghan with her husband, Jim Edmonds. The duo is already a parent to one daughter Aspen King Edmonds.

She and her husband tied the knot in 2014. The TV personality announced the news that she is expecting twins in Beyonce style. Remember how Queen Bey broke the internet from her photo announcing she is pregnant with twins?

If I can’t be Queen Bey I’ll settle for King Edmonds #twinscomingsoon #imitationisflattery #thisIsNotMyMaternityShoot —————————————- Incredible photos and shoot organized by @heathermohrphotography #stlouismaternityphotographer fresh flowers by @awildflowershop makeup by @mwmakeupdesigns and hair (all those clip-in extensions!) by @salonmarosie (all your Stl needs!)

Meghan matched her photo exactly, from wearing different lingerie colors to background flowers. So it's safe to say she will also become a mother of a boy or a girl.

Well, she is yet to confirm the gender of her twins, so all we can do right now is make assumptions.