Home Article Who Is Richard Gere's Wife? Inside the Actor's Relationship History

Who Is Richard Gere's Wife? Inside the Actor's Relationship History 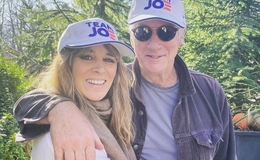 Richard Gere has been married three times and has dated many: The Pretty Woman actor shares one son with an ex-wife and two sons with his current wife, Alejandra Silva!

Known for his extensive humanitarian work and decades-long active stance on Tibet and the plight of Tibetans, Richard Gere is an acclaimed Hollywood actor. But as noted by the actor himself, his career only comes secondary to his stature as an activist and a practicing Buddhist. Gere's all-around advocacy against the People's Republic of China and its unethical colonization of Tibet has cost him many blockbuster roles and a burgeoning career in Hollywood.

Richard Tiffany Gere, 73, is a native of Philadelphia, Pennsylvania. Gere's acting career took off with the 1969 hit Grease, for which he earned a Theatre World award. His acting career flourished with more starring roles and electrifying onscreen presence in Looking For Mr. Goodbar, Days of Heaven, Pretty Woman, Sommersby, and The Jackal. As Gere's skyrocketing acting profile coincided with his interest in Tibet issues, the actor's career hasn't reached the height it should have.

It's never too late to find love again. Take it from the Days of Heaven actor, who has romanced several high-profile names and married a few. Gere was 69 when he married for the third time. The actor shares a 33 years age gap with his wife Alejandra Silva, but history has witnessed far greater gaps. The pair's relationship and their subsequent wedding came as a surprise to many. 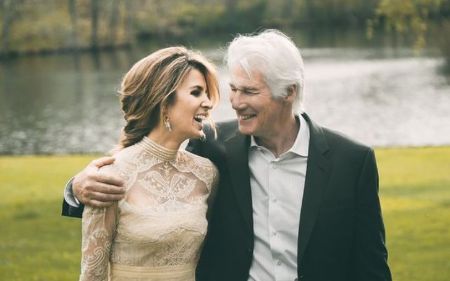 Although the details of their relationship remain vague, the twosome reportedly dated for a while before going official in 2018. "It's hard to coordinate, but we don't go more than 20 days without seeing each other," Silva said in 2015 while dishing about the coordination of their tight-packed schedules and budding romance. Asserting her belief in fate and manifestation, Silva revealed she and Gere had known each other for decades via their family, and when their paths crossed again after years, it was different.

"Our karma was attracted the moment we saw each other," Alejandra explained, adding, "I'm not ignoring our age difference and what it means to be with a Hollywood star, but when there's such strong karmic energy, the problems disappear." A few years after their low-profile dating bliss, the twosome walked down the aisle in a secret ceremony in April 2018.

Sharing a snap of their wedding, Silva wrote, "Today is the day I married the most wonderful man I have ever met, I know it sounds cliché, but it's true. Comes from my heart; I'm so proud to be with you, to share this life with you, to be the mother of our children, to be your friend, and to be your wife! You make me so happy." Just like the Pretty Woman actor, Silva has a son from her previous relationship. 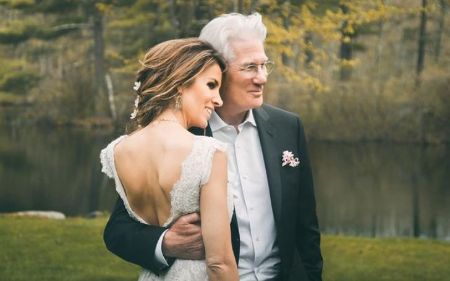 Gere and Silva knew each other for decades via their family. SOURCE: Instagram

Silva is a renowned Spanish activist and publicist. Her accomplishment includes a non-profit foundation called Rais Fundacion, which aims at eradicating homelessness in Spain. "I've slept on the street to understand the struggle of the homeless," Alejandra said in an interview. Silva, 39, a practicing Buddhist like her husband, is also famously known as the daughter of Ignacio Silva, former President of the Real Madrid football club. 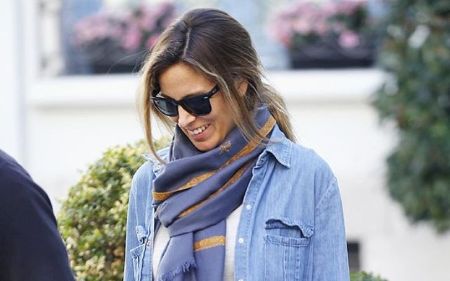 Silva is a Spanish publicist and activist. SOURCE: Instagram

The pair welcomed their firstborn, Alexander, in February 2019 and another son in April 2020. The pair, who are also parents to their kids from previous marriages, rarely share their family matters with the world. And the rare moment came a while ago when Silva gave her followers an insight into her happy family life. Sharing a snap of their 3-year-old son running after his parent's silhouettes, the activist wrote, "Daddy, mommy, and Alexander."

It is no surprise that a heartthrob as desired as Gere has a long romance history. From early marriage and famous relationships to rumored romances, the actor has done it all. Gere's earliest relationship was with actress Penelope Milford, who he dated on and off for seven years. While he kept bouncing off and on with Milford, Gere was also linked with Tuesday Weld, Dawn Steel, Barbara Streisand, and Loree Rodkin during the off period. 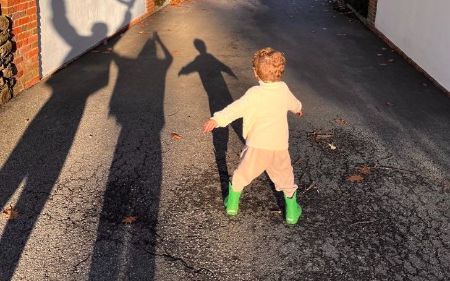 The pair are doting parents to four sons, two from their previous marriages. SOURCE: Instagram

After he and Penelope called it quits for good in 1978, the American Gigolo actor dated painter Sylvia Martins for almost a decade. The couple's relationship was as long as it was low-key. Gere was famously married to model Cindy Crawford from 1991 to 1995. The supermodel and the 80s heartthrob made for the perfect couple in Hollywood at the time. The pair's marriage ended amid relentless and ridiculous speculation about how their relationship was a publicity stunt.

Richard married his second wife, actress Carey Lowell in 2002. Before exchanging their vows, the couple welcomed their son, Homer, in February 2000. After a quick custody settlement for their son, the couple's divorce was long and highly contested. Gere was also linked with Tina Chow, Padma Lakshmi, and Laura Bailey during his heyday. His wife, Silva, was married to billionaire heir Govind Friedland from 2012 to 2015.