Home Article Ron Fisico and Wife Trish Stratus are happily Married since 2006: Blessed with two Children, see the journey of the Couple

Ron Fisico and Wife Trish Stratus are happily Married since 2006: Blessed with two Children, see the journey of the Couple 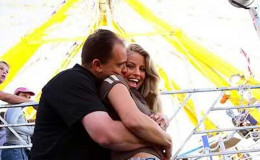 Ron Fisico and his wife Trish are very happy in their relationship. The couple has celebrated almost 11 years of their togetherness with two adorable kids.

The Former WWE Diva Trish Stratus is renowned as the only woman in the WWE history to win the Women's Championship seven times in a series.

The golden hair, pretty face, and an attractive body figure make every person go crazy for her especially men but here is a sad news for you guys as the WWE star is already a married woman.

Ron Fisico is the lucky guy who is now the loving husband of Trish. The couple was dating for a long time and finally got married on September 30, 2006, in a private ceremony.

Ron Fisico married his high school darling Trish on 30th September 2006 in a secret ceremony in Toronto, Ontario. Only some relatives and friends were officially invited to the very event. 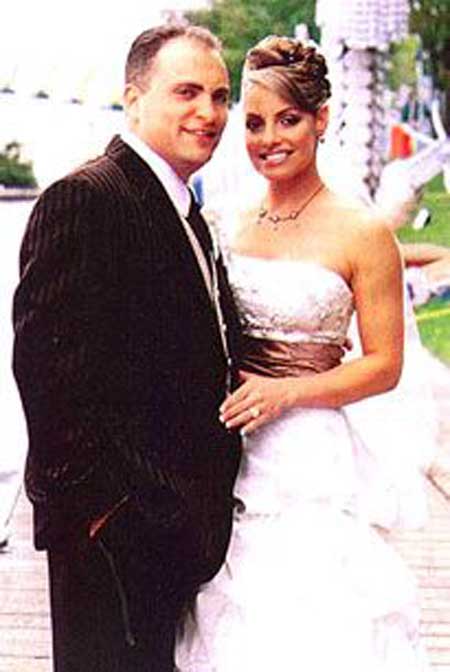 Trish Stratus and Ron Fisico together in their marriage ceremony, Source: Pinterest

The duo dated for almost 14 years and finally took their heavenly relationship to the next level.

Most of you might have one thing in your mind that what does Ron do for his living?

Well, Ron is a professional body builder and is most known as the husband of the WWE diva Trish Stratus. 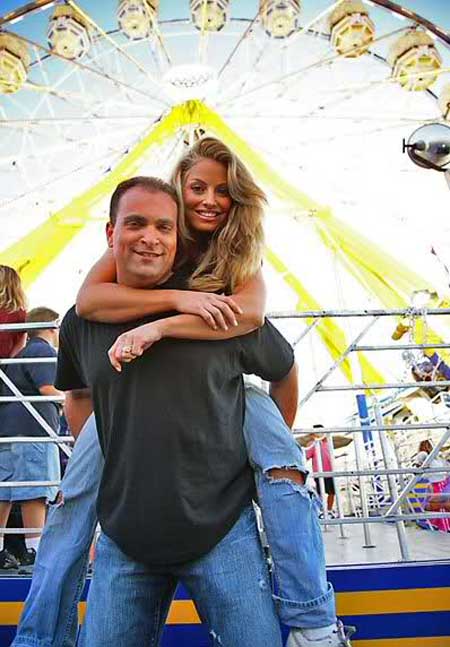 It's almost been 11 years of the conjugal life of Trish and Ron and they seem to be very happy and satisfied in their relationship with no rumors of divorce or extra-marital affairs of the couple.

Career of Trish Stratus in short

Trish is not only the WWE superstar but also a television personality and fitness model.

My fav product in my line, designed by moi! #FitGloves on sale now, great for yoga/running/weights/gunshow These are the gloves I designed and use in all my yoga DVDs, to give you an extra pump! Get a pair using link in bio... Our Back to School Sale ends at midnight EST! #backtoschoolsale #gunshow #yoga #fitgloves

Having a little #RetreeT at @mainstreetbakehouse, and upon further reflection, I see that boxed water is better

Trish debuted as a wild character in the year 2000 in the Sunday Night Heat. At the beginning, she failed to prove herself but eventually got a victory in series and got worldwide recognition.

Here is an interview of Trish Stratus talking about her career in WWE:

Early in the year 2001, she got an ankle injury and later did a strong entry in autumn. She appeared in the Survival series and got a victory in the WWF Women's Championship for the first time.

Trish retired from the wrestling on 17 September 2006 after making a  history of winning the WWE Woman Championship for seven times.

She is now serving the world of wrestling as a trainer for WWE Tough Enough since 2011. She was enlisted in the WWE Hall of Fame in the year 2013; she is the youngest person till date to be inducted into it. 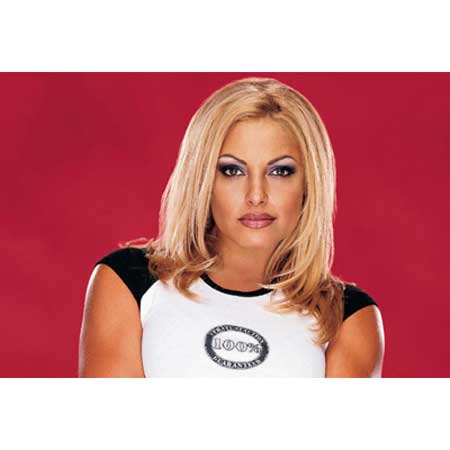 Well, all in all, Trish has a very smooth married life, and we wish the couple all the very for their perpetual relationship.