Royal Engagement!!!! Prince Harry and Actress Meghan Markel are Engaged to be Married 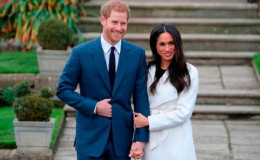 Get ready for a lavish royal wedding because Britain's Prince Harry and the American actor Meghan Markle are officially engaged to be married! The announcement was made on Monday after Harry gave is the first photocall in the Sunken Garden at Kensington Palace.

Get ready for a lavish royal wedding because Britain's Prince Harry and the American actor Meghan Markle are officially engaged to be married! The announcement was made on Monday after Harry gave his first photocall in the Sunken Garden at Kensington Palace.

He is a former wild child, who dragged a controversy during his young age by smoking weed and putting on a Nazi uniform at a party while she's a divorcee, biracial and beautiful actress. Together, they put up quite a team and are soon to be the rightful heir to the British monarchy.

Prince Harry of Wales and actress Meghan Markel have pledged to walk down the aisle together, and we all are excited! 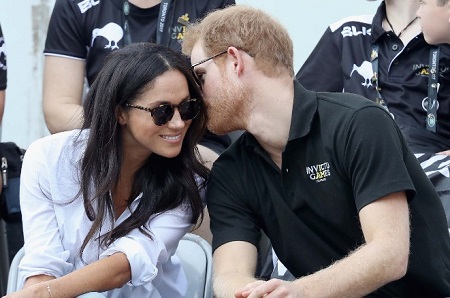 Although Prince was hesitant to spill the details about the proposal, today in an interview with ABC News, the duo revealed how they got engaged over a typical night, cooking the chicken roast at home. 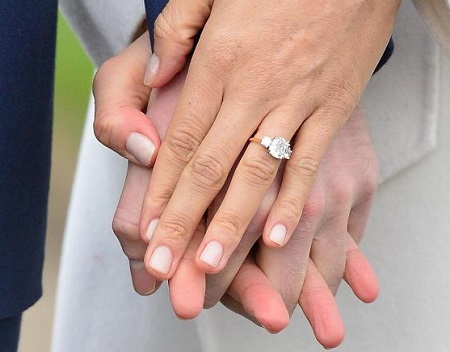 The engagement ring is made of the costliest diamond
Source: Wireimage

The adorable pair, who met on a blind date, landed being madly in love and now finally are engaged to be married. 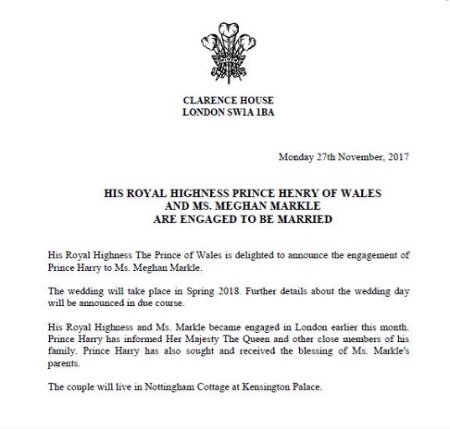 A statement from Clarence House stated that 33-year-old Prince and 36-year-old Markle would marry in the Spring of 2018.

Sources revealed that Prince Harry used Princess Diana's Diamonds while making the engagement ring which the experts in the jewelry industry are claiming to be 'priceless.' It includes diamonds that's of rare quality and costs hundreds of dollars- more than $350,000.

Harry has also sought blessings from Markle's parents, Tom Markle and Doria Radlan and Meghan have quit filming for Suits, with the end of its season seven and they will now be living in Nottingham Cottage in Kensington Palace.

His Royal Highness Prince Henry of Wales and Ms. Meghan Markle will marry on 19th May 2018.

Today's announcement follows earlier confirmation of the month of the wedding and its location at St George's Chapel, Windsor Castle. pic.twitter.com/7pgdRM90Na

Recently, Kensington Palace confirmed that Prince Harry and Meghan will get married on May 19, 2018, at St. George's Chapel on Windsor Castle. The wedding will be on the same day as the FA Cup Final. which Prince Williams attends regularly as FA President! This clash between the date has created quite a confusion but their reps have not dropped any hints regarding their possible postpone.

The grand wedding will take place after Duke and Duchess of Cambridge welcome their third child to the family and Ms Markle is confirmed to get baptised into the Church of England before the wedding.