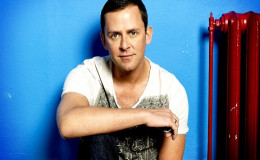 Scott Mills is a popular British Radio DJ known for his show titled by his own name Scott Mills on BBC Radio 1 and similarly, he is also an actor and television presenter.

Keeping aside his career, let us discuss his personal life. He is rumored to be dating someone. Who is his boyfriend? let's find out!!!!!!!!

Scott Mills coming out as Gay: His Dating Life and Boyfriend

After lots of speculations and rumors in the year 2001, Mills finally came out as gay he often used to say, he "doesn't have much luck with the ladies", now we all know why!!!!

He said in one of his interviews with Guardian:

" I'd just like to be accepted as a normal bloke who is gay and is on the radio and the television".

Similarly, in the year 2015, Scott announced that he was in a relationship with a guy named, Brad whose information is not yet disclosed by him.

They were never spotted by the medias as they keep their personal life confidential as they might want to be free from rumors and controversies.

Brad is a retail manager with whom Scott was in a relationship since years. So, the relationship status of Scott is quite confusing as he might be single and at the same time due to no such news of the breakup, they might be still together as well.

Heading out with @jemmajames to rooftop bar yass ????#stockholm

Before dating Brad, Scott was in a relationship with a guy named, Mitch. The couple was really blessed to have each other.

Everything was going fine and both of them were happy with each other. But the day came when his beloved lover, Mitch died due to the drug overdose.

The news literally broke Scott as he started drinking alcohol a lot and started smoking as well. He was all alone but a friend of him, Robbie Williams helped him to recover from such devastating pain.

In 1998, Scott joined BBC Radio and started his career being a presenter for the early breakfast show. He then took over the weekend early-evening slot for almost six months as Sara Cox was in the maternity leave.

As she did not return to the show after the six months also so the show was named after, The Scott Mills Show.

In 2009 Edinburgh Festival a musical band perform on the basis of his life. Besides that, he was also engaged in the television.

He appeared as a guest as well as a contestant in different programs like Most hunted, Never Mind the Buzzcocks, Mastermind, Children in need and so on.

Here we are deep in concentration and READY come join us NOW ?? @bbcradio1

Scott also appeared in the celebrity dancing show, Strictly Come Dancing along with partner Joanne Clifton who is the sister of Kevin Clifton. 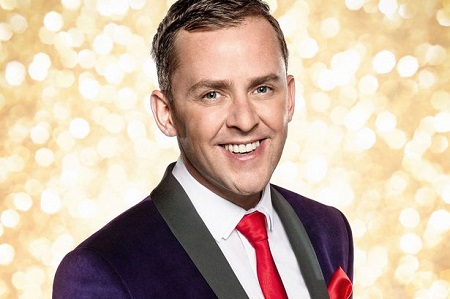