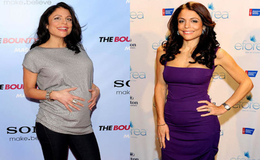 Get ready to learn some amazing weight loss and healthy lifestyle tips from none other than Bethenny Frankel who has always managed to maintain her size and remain in shape.

We have watched Bethenny Frankel on our tv screen since 2005. In case you can't seem to remember, she first stepped inside the television world with her participant on The Apprentice: Martha Stewart. Soon after that, she was cast as one of the members on the reality hit tv show, The Real Housewives of New York City. 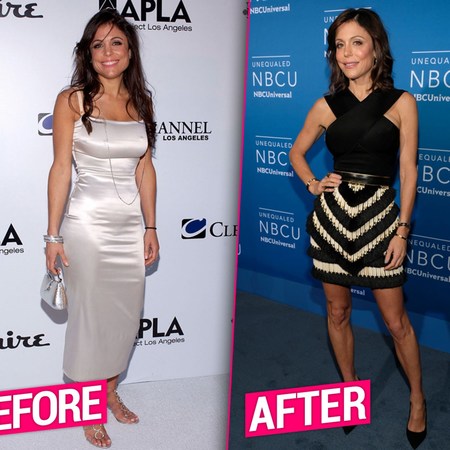 Bethenny Frankel before and after she lost weight. SOURCE: Radar Online

And, throughout the years, Frankel rarely ever had to deal with weight gain issues. And, it's apparent that was because of her efforts to take care and maintain her weight all the time. But, the tv personality has endured some serious weight loss issues too, something we will thoroughly talk about below.

There's no doubt that Frankel isn't conscious of what she is eating. Matter of fact, she even constantly motivates her fans to lead a healthy lifestyle. And, to make it easier to guide her fans, the entrepreneur also published multiple books including Naturally Thin: Unleash Your Skinny Girl and Free Yourself From A Lifetime of Dieting and The SkinnyGirl Dish: Easy Recipes for Your Naturally Thin Life where she updated all the details to her healthy lifestyle.

On the contrary, weight gain issues for Frankel didn't begin until she was pregnant with her first daughter, Bryn Hoppy in 2010, the tv host shares with her second husband, Jason Hoppy. Frankel was previously married to her first husband, Peter Sussman. And during her pregnancy term, the New York native gained nearly 35 Pounds.

By the next three weeks, all the extra weight was, however, already gone. So, how was she able to do it?

Clearly, there's no shortcut to weight loss. When one wants to shed some pounds, you either focus on your diet or drip sweats with exercises in the gym. And, yes, Frankel followed the same formulae too. However, her diet and weight loss secrets are unique from what we have heard of and as Frankel herself. 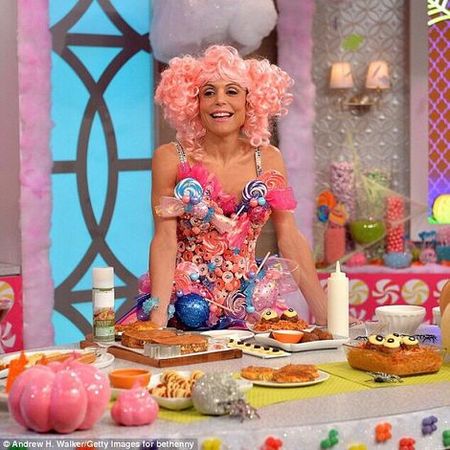 Surprisingly, Frankel doesn't rely on consuming the same kind of food every day. Why? Because she gets bored. If she has a muffin and oatmeal today, she goes for something green as in salad the next day. The main important part of her diet is that she has varieties of food stored in her fridge.

For the alum of Boston University, she even drinks her water mixed with fiber. Of course, she uses the Skinnygirl Daily's detox supplement which is highly rich in fiber and provides all the nutrition needed for her body throughout the day. Besides, Frankel also relies on consuming less calorie food.

With such amazing diet plans, it now comes as no surprise that she flaunts such a great body. But, unfortunately, Frankel endured a dramatic weight loss in 2018 and the reason is not what you think it is.

Following her separation with Hoppy, Bethenny began dating her then-on and off boyfriend, Dennis Shields, a banker. Unfortunately, Shields, who previously shared a marital relationship with former wife, Jill Shields, the mother of his four children, was found dead in his apartment in August 2018 at the Trump Tower in New York. 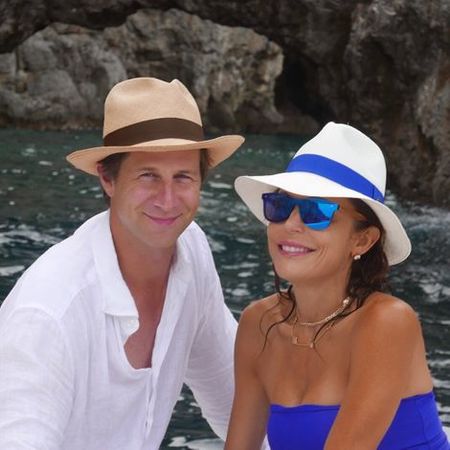 Bethenny Frankel takes a picture with her current boyfriend, Paul Bernon. SOURCE: Instagram (bethennyfrankel)
The death of her then late boyfriend caused Frankel a massive heartbreak. The sadness was so apparent in Franke that she started to look super skinny. And when asked by one of her fans how was she able to drop such weight dramatically, she responded with, "Death will do that to a person #griefdiet. I don't recommend it."

To look on the bright side, it's been nearly a year since the incident and Frankel has moved on. Like what choices did she have? She is, in fact, happily in a relationship with her current boyfriend, Paul Bernon, a film producer and Real Estate manager.

Not to mention, Frankel also maintained to take control of her weight and health. And, to be frank, she looks happier than ever.