Home Article Shahs of Sunset's Mercedes 'MJ' Javid Living a Wonderful Married Life With Her Husband; Revealed About 'Blessing' of Pregnancy After IVF

Shahs of Sunset's Mercedes 'MJ' Javid Living a Wonderful Married Life With Her Husband; Revealed About 'Blessing' of Pregnancy After IVF

Shahs of Sunset star Mercedes "MJ" Javid is pregnant with her first child, a year after her marriage. And now, the lady opens up about 'Blessing' of Pregnancy after IVF.

She couldn't be much happier than this! Let's take a quick glance at her relationship including Mercedes Javid's nuptials and the baby in her belly!

The newlywed couple Mercedes Javid and Tommy Feight are all set to welcome their first baby. Recently, the reality star took time for looking at her relationship in a glance. 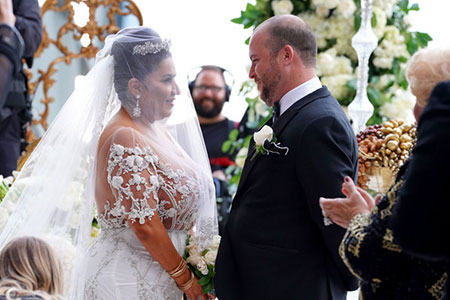 Mercedes 'MJ' Javid and her husband on their nuptials.

Mercedes and Feight walked down the aisle on April 21, 2018.

Just like every other Shahs shindig, the nuptials of MJ and her husband did not disappoint its spectators. As a matter of fact, the biggest day of Mercedes got filled with glamour, glitz, surprises, and a little bit of drama. 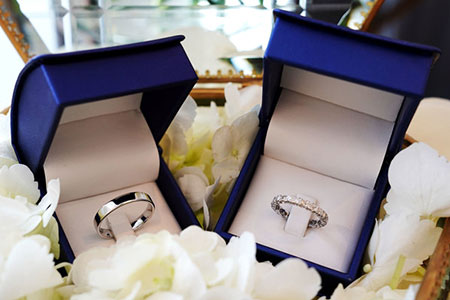 Mercedes recently reflected on her wedding day and explained why she left her husband Tommy, waiting at the altar for an hour.

“I picked up the flower girl and my dress completely fell off … It just fell off my shoulders all the way down. My dress wasn’t ready.” the Bravo star, 46, told Us Weekly and other reporters at the Third Annual Vanderpump Dog Foundation Gala.

Earlier this month, it was reported that the ceremony was filled with drama where Javid ran late to her nuptials at The Jeremy West Hollywood. 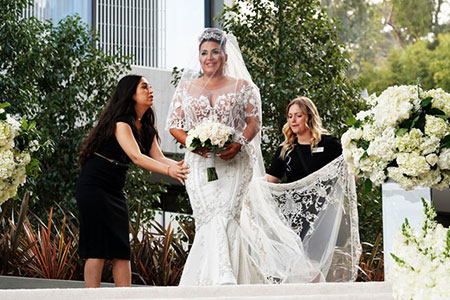 Mercedes 'MJ' Javid reveals the reason for keeping her husband waiting for an hour down the altar.

In April wedding, Feight, 46, looked nervous, however, he kept himself calm and cool while waiting for his then-bride-to-be.

“They f—ked up my dress badly, like, they hated me or something. You know? It was almost like revenge. They were trying to sew me and do damage control, total dress malfunction. And, by the way, Persian weddings are usually, like, four-and-a-half hours.”

Despite the stressful situation at that time, the Pedram Couture gown dressed beautiful bride, Javid proudly revealed that the ceremony “looked beautiful” and the couple “had the best day.”

Now, both the lovely couples are eagerly waiting for their first baby. Until then, we congratulate them in advance hoping to hear more positive news pretty soon!

Mercedes 'MJ' Javid Opens Up About Her Pregnancy

The Shahs of Sunset's Mercedes 'MJ' Javid is expecting a baby. Initially, the news broke out in October 2018 when MJ announced that the duo is expecting their first child together. Above all, it's a baby boy! 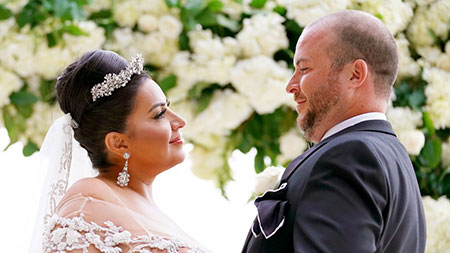 Mercedes 'MJ' Javid reveals she and her husband are waiting for her baby.

Mercedes, 46, couldn’t be much happier with just a few weeks to go until she becomes a mother of her baby undergoing in vitro fertilization. Nonetheless, she’s not shying away from the public despite the “mommy-shaming” she is already enduring.

Thank you @people for such beautiful coverage of our baby journey thus far. As I continue to share my experience with families with whom I share this life goal, I hope my experience provides support, hope and positive thinking for others. The link to the full article is in my bio. Today, I am grateful to my husband and family for the incredible support I’ve received in getting us this far. I know we have so much more ahead. I am blessed to work with incredible photographer, @shannonlaurine and my glam squad, @brandonliberati and @makeupbymarine all of which together we celebrate the female form during this incredible God given opportunity  #bumpalert

She discovered expecting her first baby in August via in vitro fertilization after she struggled to get pregnant naturally for some time.

You May Read: Shahs of Sunset Alum Lilly Ghalichi announced She Is Pregnant with Her First Child

At the gala of preparing for motherhood, Javid mentioned;

“I am so excited to see this baby and meet this baby face-to-face and just become more selfless and compassionate and, you know, learn to experience life from the beginning.”

Furthermore, she adds; “You know, I can’t remember a lot of my childhood and I definitely can’t remember being born, so I think it’s just going to be a beautiful blessing."

MERCEDES JAVID FROM SHAHS OF SUNSET REACTS TO PREGNANCY TEST

The real estate agent, Javid also noted that her pregnancy has profoundly benefited her marriage to Feight. In the meantime, Mercedes gushed;

“It definitely took our relationship to the next level, because you see this happiness in his eyes that you’ve never seen before.”

Then she flaunted about her husband saying, “Maybe I saw it at the altar, so I do love that. I know how much he’s looking forward to being a father, and Tommy didn’t have a relationship with his dad, so I know he’s really excited to make good on things that his dad didn’t. It’s really nice to experience that with someone you love on that level.” 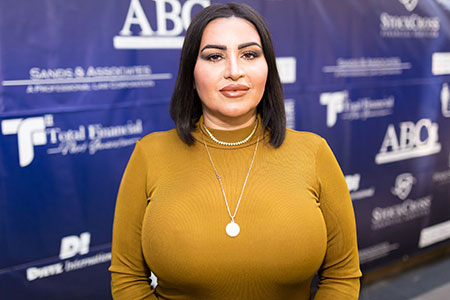