Shailene Woodley Gaming Up Her Relationship To New Level: Made Her Love Affair With Rugby Player Ben Volavola Instagram official!! 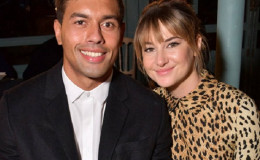 Shailene Woodley's Under-The-Covers Relationship Finally Public As She Shares Adorable Pictures of Her With Boyfriend Ben Volavola on Her Instagram!. The pair dating since last October, no rumors of split or affairs

Shailene Woodley's Under-The-Covers Relationship Finally Public As She Shares Adorable Pictures of Her With Boyfriend Ben Volavola on Her Instagram!

Shailene who has always maintained privacy regarding her dating life and personal affairs is taking her relationship to another level and fans are really happy to see the adorable couple's romance in their Instagram stories. 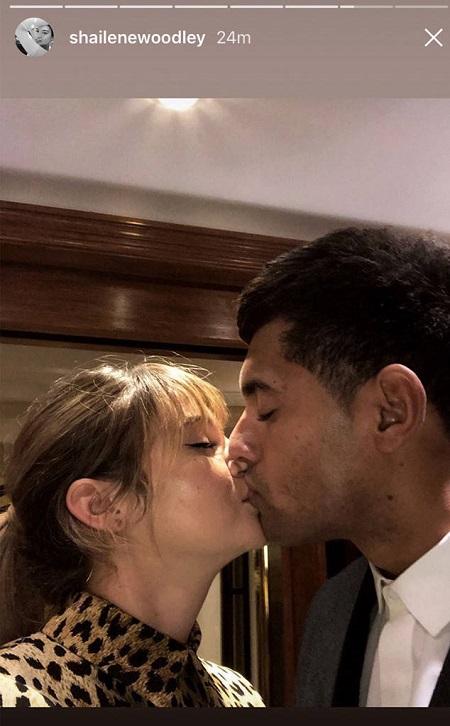 Shailene stepped out with her beau Ben to attend the Paris Fashion Week on Wednesday evening and check out the Valentino Haute Couture Spring-Summer 2018. On her way, she managed to snap some private moments with Ben for the very first time.

She posted a picture of her kissing the hunky rugby player followed by one photo of both posing in front of a Valentino sign and captioned it writing, "This Date Tho." 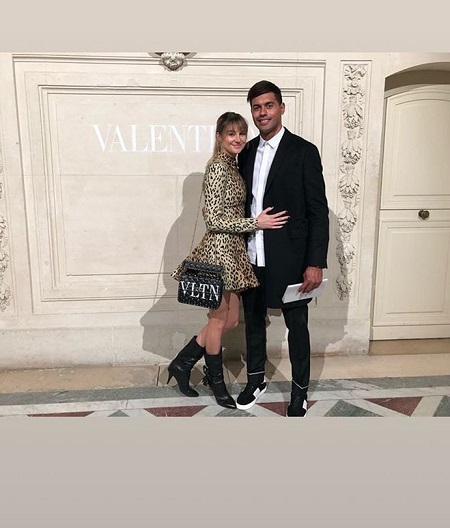 The newbie pair reportedly met in Fiji where Woodley was filming for her movie Adrift and eventually started dating after that. Although the pair has never confirmed anything, the adorable pictures itself tells the entire story.

Further, she also added another story of Volavola taking a nap after the show and wrote a caption," we done." 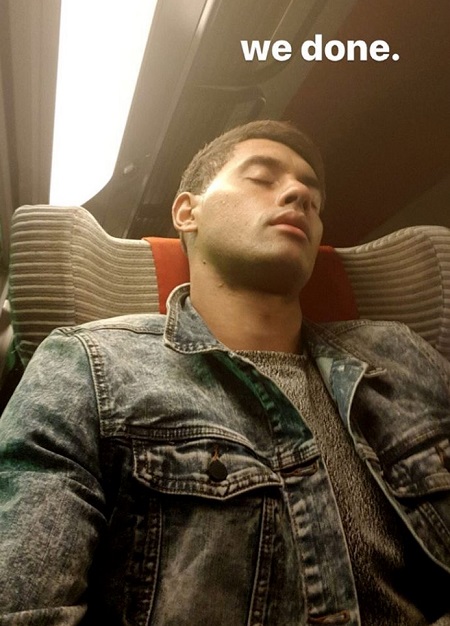 Shailene Woodley and Ben Volavola have been dating since last October
Source: Instagram

In a segment with Elle, Shailene had previously shared how she's remained single for nearly five years. Talking about relationship she stated,

"I'm all-loving. I fall in love with people based on who they are. When you're truly in love, for me, it's...you're my lighthouse.ou're somebody who holds me high, keeps me safe, you've got my f--kin' back...You also love me whole, wild, and free. You let me do me, and I'm gonna let you do you! And I'll be the home that you return to."

Prio Ben, Shailene fueled a rumored romance with her Divergent co-star Theo James but those were all just hoax. She was also linked with musician Nahko Bear but they neither of them confirmed the rumors.