Home Article Sharon Horgan's Ex-Husband Jeremy Rainbird; All the Details About his Current Affairs and Relationship

Sharon Horgan's Ex-Husband Jeremy Rainbird; All the Details About his Current Affairs and Relationship 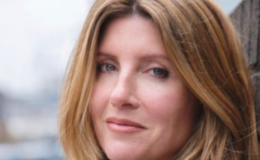 Sharon Horgan is a comedian, actress, writer, producer, and director from Ireland. She is best known for her roles in comedic television programs Pulling and Catastrophe.

Sharon Horgan is a comedian, actress, writer, director, and producer from Ireland. The 52-year-old actress is best recognized for her roles in the comedic television programs Pulling and Catastrophe, in which she also contributed to the writing. Additionally, she is the creator of the comedy series Divorce on HBO.

Sharon Horgan's ex-husband is Jeremy Rainbird, a successful businessman. The lovebirds tied the knot in 2005 but divorced in 2019. They have two kids named Sadhbh Rainbird and Amer Rainbird. 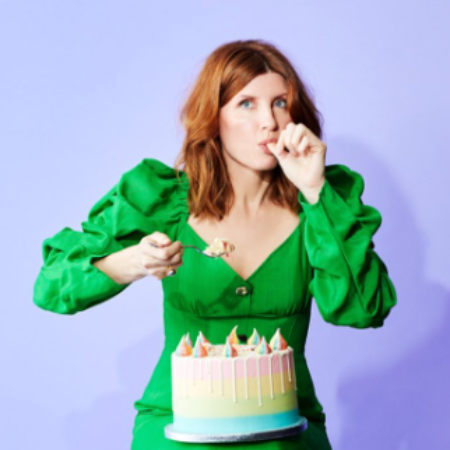 Rainbird confirmed to the Sunday Times about their separation. Jeremy said the following to the publication, "She is a wonderful mother and a wonderful business partner. And even though I care deeply about her, our marriage will end within the next three to four months, even though I love her very much."

Jeremy said they are still "genuinely pals" and even live down the road from one other in the same neighborhood. Since the end of her marriage, Horgan has not been shy about discussing the challenges of managing the responsibilities of co-parenting, working on new projects, and shooting on location.

As per The Sun, this week, Sharon Horgan was spotted snogging Tim Burgess while standing on the shoulder of a major A-road. It is reported that Horgan has been a fan of Tim since 1990 when he became famous thanks to his hit song The Only One I Know. At the time, Sharon was a teenager. 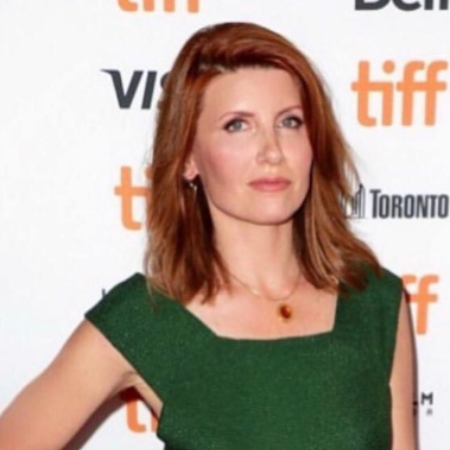 Sharon Horgan was spotted snogging Tim Burgess while standing on the shoulder of a major A-road. SOURCE: Instagram

Horgan and Burgess became acquainted after he tweeted how much he loved her while she appeared on the show Catastrophe on Channel 4. And as their relationship progressed, she ended up singing on The Charlatans' album, Different Days, which was released in 2017.

"Sharon and Tim have kept their relationship low profile, but that didn't stop them from having a kiss next to a major road in London," said a source. "They appeared to have no awareness of anyone else about them, as though they were carried away in one another."

The officials that represent Sharon and Tim have declined to comment.

Sharon Horgan was born in Hackney, London, England, on July 13, 1970. Her mother is of Irish descent, and her father is of New Zealander descent. 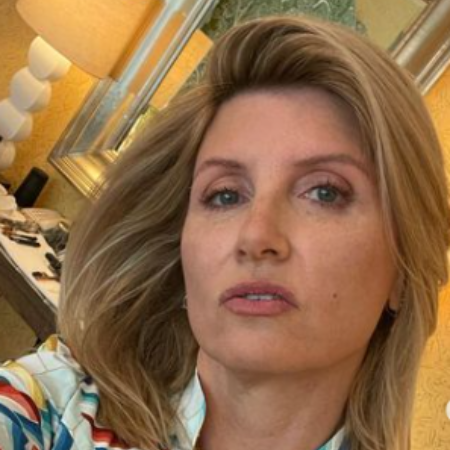 Horgan was one of five siblings, and she used her experiences growing up for the semi-autobiographical short film The Week Before Christmas, which was broadcast on Sky Arts 1. She attended the Sacred Heart convent school in Drogheda when he was younger.

Sharon worked various jobs to make ends meet while she was a struggling young actor. She began her English and American Studies at Brunel University in west London when she was 27 and received her degree in 2000.

Around this time, Horgan met British writer Dennis Kelly. They began writing together, producing material that they then sent to the BBC. As a result of this work, they won the BBC New Comedy Award in 2001 for Sketch Writing and Performance.

Sharon has performed on both the stage, the movie, and television. In the shows The State We're In and Monkey Dust, she made her first officially recognized television appearances. Her debut as a named actress on television came in the part of Theresa O'Leary in the show Absolute Power. In 2005, she made her debut on the big screen in the role of Beth in the film Imagine Me & You. She starred in both seasons of the television show Pulling, which she and Dennis co-wrote.

Horgan had a role in the film The Increasingly Poor Decisions of Todd Margaret, which came out in 2010. She appeared in the play Terrible Advice by Saul Rubinek in September 2011, when it had its world premiere.

Sharon was a member of the ensemble cast for the premiere episode of Psychobitches, which aired in June 2012 on Sky Arts 1 as a part of the Playhouse Presents series. Alongside Rob Delaney, she is most remembered for her performance in the film Catastrophe. Horgan also made appearances in the second season of Criminal UK, BBC's The Borrowers and Dead Boss, and Channel 4's Free Agents and Bad Sugar.

Horgan has a starring role in the comedy-drama series This Way Up, which she also executive produces for Channel 4. As the character Sarah, Horgan appeared in a supporting role in the 2018 dark comedy film Game Night. She also had roles in Death of a Superhero, Run and Jump, Man Up, and Military Wives.

Sharon has provided characters' voices in the animated picture Valiant and the animated short film Miss Remarkable & Her Career. She gave the voice to Minerva Campbell in Adventure Time in 2017 and Courtney Portnoy in Bojack Horseman. The anime series Disenchantment, created by Matt Groening, has her as Queen Dagmar, and the animated series Bob's Burgers features her as Kathleen.

In the film Housebroken, which Horgan also executive produced, she lends her voice to the character Tabitha, a Russian ex-show cat. Pulling, which Sharon acted in and co-wrote with Dennis Kelly, was the stepping stone that launched her career.

In 2007, Horgan penned the screenplay for the film Angelo's, which Chloe Thomas subsequently directed. Two years later, in June 2012, Sharon acted in the sitcom Dead Boss, which was set in jail and was co-written by Holly Walsh and Horgan.

Sharon collaborated with American comedian Rob Delaney on the sitcom Catastrophe from 2015 through 2019, acting in and writing for the show. She also created the script for the American comedy series Divorce, which starred Sarah Jessica Parker.

Horgan penned the short film Dreamland, which won the 2018 BAFTA TV Award for Best Short Form Programme. She also wrote and directed a Modern Love episode titled Rallying to Keep the Game Alive. She is also a co-creator and co-writer for the show Motherland alongside Jeff Astrof. Merman was a co-creator and executive producer of the show Shining Vale.

Sharon made her debut as a director in December 2012 with the semi-autobiographical film The Week Before Christmas, shown on Sky 1 as a part of the Little Crackers series of short films. After that, she directed an episode of the anthology series Modern Love on Amazon called Rallying to Keep the Game Alive.

Horgan co-presented the first series of the comic variety show The Friday Night Project on Channel 4 in February 2005. The show was later renamed The Sunday Night Project. Sharon served as the particular guest host for the Have I Got News for You episode that aired on BBC1 on June 3, 2011.

In 2014, Horgan and Celia Mountford launched their own production company under the name Merman. The business now has offices in London, New York, and Los Angeles.