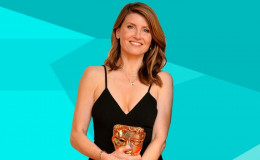 The stunning actress plus writer, Sharon Horgan is living a happy married life with her husband named, Jeremy Rainbird and still no news about their divorce and is focused both on professional and personal life.

As we all keep on listening about the Hollywood celebrities divorces and separation this time it is all about the good relationship.

Here we are talking about the beautiful couple, Sharon Horgan and her husband Jeremy Rainbird who are married since 2006.

The pair is together for more than decades and still, shares a very strong bond with no divorce rumors. So, today let us discuss their relationship, children, and career.

The couple has come a long way in their relationship. 16th October 2006 is the date when the couple came together and tied a knot.

Her husband, Jeremy is a retired advertisement executive and is also a co-owner of The Warbird Company.

"If there is such a thing as a good marriage, it is because it resembles friendship rather than love", and looks like they are friends more than lovers and it has made their relationship even better.

The Couple is Blessed with their Two Children: Daughters

Children always complete family. The couple also has two children; daughters named Sadhbh and Amer who are the most important person for them.

Both of the children look too adorable and are close to her parents. The parents keep on spending their spare time along with their kids.

Throwback to last week: These two! So proud of these ladies. Growing up to be strong, smart and cool. Unlike their Dad. Photo credit: my brother @jessepooljesse

Happy Mother's Day. This is my eight year old balancing ignoring me on Minecraft with a full body leg hug

A Thousand miles begins with a single step. Keeping this in mind the actress started working in the call centers, restaurants as a waitress before beginning her career in acting.

After meeting the British writer named, Dennis Kelly she began to work in the youth theater, writing plus producing materials sent to BBC.

Due to their hard work, they won BBC New Comedy Award. 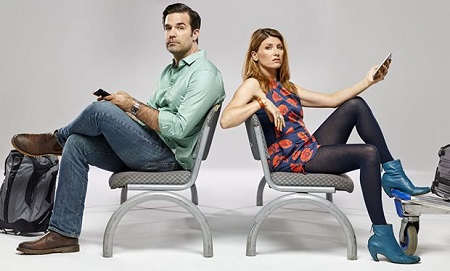 Sharon along with her co-star Rob Daleney, Source: Radio Times

Sharon after that started working in several movies and TV series including Monkey Dust, Absolute Power, Rob Brydon's Annually Retentive, The Increasingly Poor Decisions of Todd Margaret, and others.

Besides acting, she also worked as voice characters in the movies including Big Babies, Valiant.

Sharon is not just limited to acting but is also involved in writing as well. Some of her famous writing includes that help her to earn several awards are Pulling, Angelo by Chloe Thomas, Holly Wash, Catastrophe with Rob Delaney and divorce too.

Keeping aside her career, the couple is living a wonderful life along with their children and still no news of their divorce.

My daughter hosted a fundraising dinner for Shelterbox tonight. Friends and family donated time and food and raised money for this great charity. Shelterbox provide emergency light, shelter and other vital supplies to support those in urgent need in disaster zones around the world. They save lives. You can get involved via [email protected], Facebook or twitter #shineforshelterbox @shelterboxuk 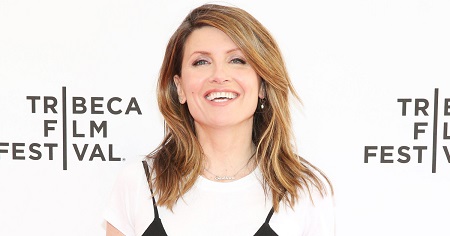