Shay Johnson, the reality TV actress rose to prominence with her appearance in Flavor of Love in 2006. Furthermore, she grabbed worldwide attention with her performance in Girls: The Making of... Home Economics-101 the following year.

Shay Johnson, the reality TV actress, rose to prominence with her appearance in Flavor of Love in 2006. Furthermore, she grabbed worldwide attention with her performance in Girls: The Making of... Home Economics-101 the following year.

Shay is reportedly dating rapper Kore Stacks who confirmed himself to be gay in 2014. Is the news true? Are they in a relationship? We have all the details here!!!!!

The reality TV personality Shay Johnson is in a relationship with Kore Stacks since earlier 2015. Well, nothing is weird here right? Two people falling in love but what's unusual about it is Shay's dating a guy who came out as a gay in 2014.

A gay man falling for a girl well that is surprising, right?

"This is me putting it out there, it is what it is… it’s out now. I consider myself gay, yes."

Even though the star clearly admitted his sexual preference via YouTube, he is now in a relationship with say Shay. Well, it feels like the official confession of Kore is most probably a publicity stunt.

Shay Johnson (Buckey) of Flavor Of Love, Charm School, and Love & Hip Hop Atlanta, shows support at her boo "Kore Stacks" mixtape release party. It was rumored that Atlanta based rapper Kore Stacks was gay for the past year, but he quickly put the rumors to rest when? he introduced the love of his life---- Read the rest AND see more pics at TheShadeRoom.com #shayjohnson #korestacks

The couple made their first public appearance in 2015 rappers mixtape release party.

"Shay Johnson was in full support of her new boo’s project and she even took the mic to congratulate him on his new record deal with EOne Records."

As of now, the duo is quite private about their relationship and does not talk much about each other in public. 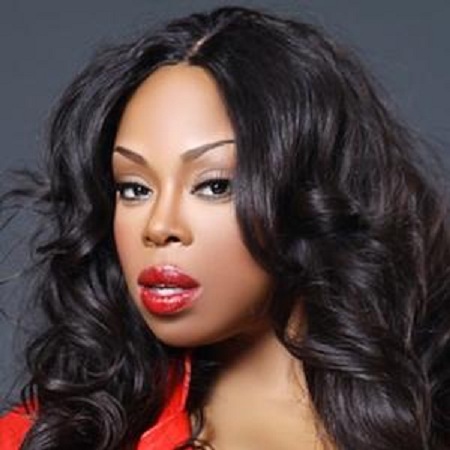