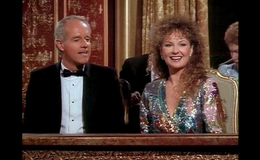 The stunning former actress, Shelley Febares is one lucky woman. Blessed with an amazingly loving husband, Farrell has everything she ever wanted, to say the least.

Shelly Fabares first met her husband Mike Farrell on the set of the show The Interns in 1970. At the time, he was still in a marital relationship with Judy Hayden. After the shoot, they remained out of contact. However, 12 long years later, Fabares and Farrell encountered once again at the CBS affiliate convention. And, as they started spending quite a decent time together, a romance was sparked. 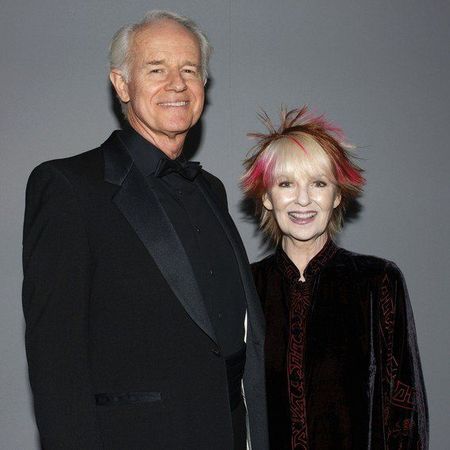 After dating for years, Shelly and Mike decided to walk down the aisle at Fabare's aunt Nanette Fabray's house at the Pacific Palisades. Initially, the two kids of Mike disliked their new stepmother, Shelly. But the family succeeded to sort out their internal family problem with love and understanding.

Today, it's been more than 35 years since Fabares and her soulmate have been living together. Everything is indeed going perfect and there is absolutely no rumor of splits or extra affairs for Shelly and her husband.

Mike Farrell wasn't Shelly's first husband as Shelly had previously walked down the aisle with her former husband, aka the American Record Producer, Lou Adler in 1964. Unfortunately, their marriage couldn't last forever and it came to an end in 1980. Likewise, they didn't have any children together. 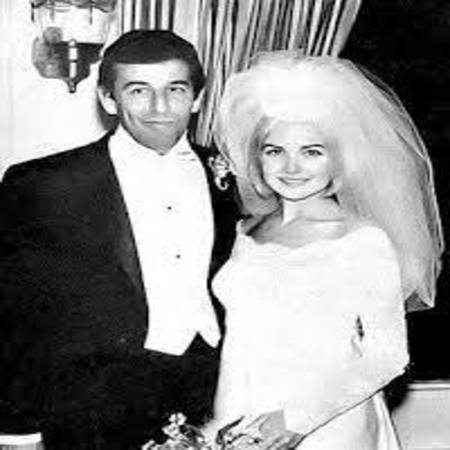 The wedding photograph of Shelley Fabares and her husband Mike Farrell. SOURCE: Fabioss

Likewise, Mike Farrell also was married to a stunning woman Judy Hayden in the past. They tied the knot in 1963 and went onto welcome two kids including a son named Mike Jr. Farrell and a daughter named Erin Farrell.

The two decided to part ways in 1980 but legally they got divorced only in 1983. The reason behind Mike and Judy's split is assumed to be the extra affairs of Mike Farrell.

The young Shelly Fabares was fortunate enough to share the same spotlight numerous times with the Legendary singer & actor Elvis Presley. Fabares with Elvis starred in the 1965 hit movie Girl Happy, 1966 Spin Out and in recording of 1962 Johnny Angel that peaked Number One at Billboard hot 100.

And Fabares who likes experimenting with different colors and hairstyles absolutely earned quite a decent fortune from her career. The Santa Monica native also owned a silver 1985 Mitsubishi Montero car.

Watch the video of Elvis Presley sings Dual Ballads for Shelly Fabares below.

Besides all these successes and happiness, Shelley also encountered with few struggling moments in her life. Fabares had to deal with the loss of her close friend Donna Reed, who suffered pancreatic cancer and passed away in 1986.

Then her beloved mother, Elsa who showed the symptoms of deadly Alzheimer's disease died in 1992. But, with Mike Farrell in support, Shelly managed to overcome all these series of tragic events of her life pretty well.

For more news and articles stay updated with Married Wiki.