Sherri Shepherd's Husbands and Relationship History: Everything to Know 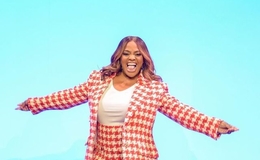 Everything to know about Sherri Shepherd's married life: The actress-turned-television host has been married twice and is a mother of two!

Most know her from her successful stint as a co-host on the daytime talk show, The View, but Sherri Shepherd's repertoire goes beyond her Emmy-winning job on The View. Before making a prominent talk show host, Shepherd was a regular face on television. Her first acting role was in the sitcom Cleghorne and by her next, The Jamie Foxx Show, Shepherd has already become a household name. Her other notable credits include Suddenly Susan, Everybody Loves Raymond, and How I Met Your Mother.

Shepherd, 55, is a native of Chicago, Illinois. Since starting her acting career as Victoria Carlson on the short-lived sitcom Cleghorne, Shepherd has come a long way. Aside from being an Emmy-winning host, Sherri is also a comedian, author, broadcaster, and television personality. Since leaving the ABC talk show in 2014, Shepherd has forayed into various ventures and has landed an eponymous syndicated talk show, Sherri, which has been running successfully since its recent release in September 2022.

Sherri Shepherd has experienced a successful streak in her career, but the Emmy-winning host hasn't had much luck in her love life. The Less than Perfect alum is unmarried and has two children from two relationships. Shepherd was last married to writer Lamar Sally, and as a legion of Sherri fans would recall, it was a brief marriage that ended in a nasty, highly-publicized split. Shepherd and Lamar were introduced by their mutual friend, actress Niecy Nash. 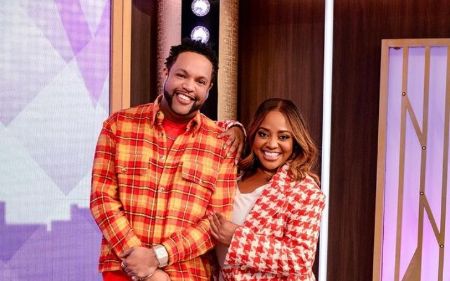 Shepherd recounts it wasn't an instant attraction that pulled her toward the writer but a deep longing for love and an escape from the loneliness. Years after their divorce, The View host reveals how Lamar reeked of red flags and, despite that and her despite her friends and colleague's warning against him, Shepherd couldn't help herself but marry Lamar, who gave her an impression of- as Sherri says it, "that's a sorry-ass dude." The duo got engaged in 2010 and walked down the aisle in August 2011.

The fiercely vocal television host reveals no one attended her wedding. Steve Harvey, Barbara Walters, and Whoopi Goldberg were some of Sherri's close acquaintances who were against her wedding to Lamar. "I was lonely, that's what it was," Sherri says as she explains her reasons for marrying Sally. Shepherd and Sally called it quits in May 2014, but things got complicated when the pair's planned child, Lamar Jr, arrived via surrogacy in August. The estranged spouses were locked in an extensive legal battle. Shepherd reportedly wanted her name removed from the newborn's birth certificate as he was conceived using a donor egg. 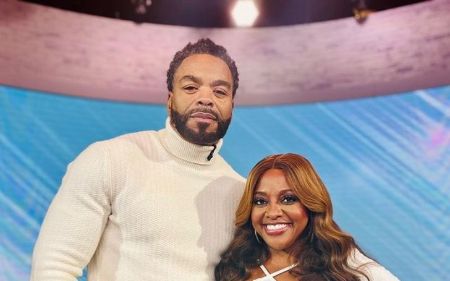 The Less than Perfect star filed to be legally and financially exempted from their son's responsibilities, but the court ruled otherwise. Ruling against Sherri's appeal, a Pennsylvania court ordered Sherri to pay Lamar $4100 monthly child support.  The Sherri host and her ex-husband seemingly aren't on the best terms, given the actress clapped back at Lamar after the writer wrote "well off" on his dating profile. "Hmmm, I wonder if he's using the #ChildSupport money I pay for him to be well off," Sherri wrote.

Lamar wasn't Shepherd's first experience with low-profile marriage and nasty divorce. The actress had undergone a similar trial with her first ex-husband Jeff Tarpley, with whom she married for nearly a decade from 2001 to 2009. It's unknown how the Emmy-winning host and the then-aspiring actor crossed paths and got married, as their relationship only came to the limelight at the heels of their split. During their nine years as spouses, Sherri and Jeff welcomed their only son, Jeffrey Jr., in 2005. 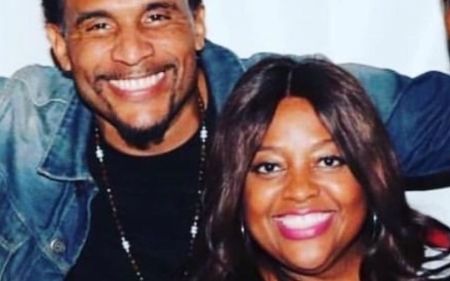 Shepherd was embroiled in a nasty custody battle with her ex-husband Jeff Tarpley. SOURCE: Instagram

The View alum's son was born premature and with developmental difficulties. Sherri's ex-husband Tarpley dragged her to the court in 2014 for the full custody of their special need son, who Tarpley claimed wasn't raised properly by Shepherd. The actress's position as a mother was disparaged in court and public by Jeff, who called Sherri "a horrible mother." Tarpley said Shepherd leaves "primary responsibility for our minor child to unskilled nannies."

Sherri's son was born premature and has significant developmental issues!

Shepherd fired back at Tarpley by calling him an absent father and jobless. "I stand behind my character and integrity. You can't hold me down – I'm a wonderful mama," Shepherd said. The Dancing with the Stars alum was granted custody of her son in the summer of 2014. Although Sherri shares a not-so-amicable relationship with her son's father, the talk show host says she would never demean Tarpley in their son's eyes. 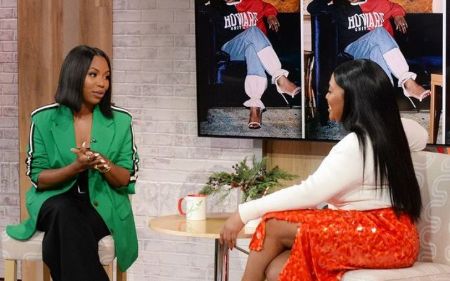 Shepherd is single and ready to mingle. SOURCE: Instagram

"For me, I always make sure Jeffrey's father is a hero in Jeffrey's eyes because all of the craziness has nothing to do with Jeffrey," Shepherd said during her appearance on The Wendy Williams Show. Since her last divorce, the Chicago native hasn't been linked to anyone romantically, but Shepherd is reportedly ready to mingle once again. The Emmy winner has gotten herself listed on the celebrity dating app Raya and is pursuing love.