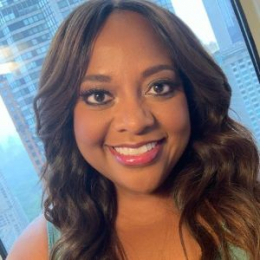 American actress, comedian, author, and television personality, Sherri Shepherd is best known for portraying the role of Ramona Platt on the ABC sitcom named 'Less than Perfect'. She is also known for her works in the films like 'Transformers', 'Madagascar: Escape 2 Africa', and 'Ride Along 2'.

Sherri won many awards including Boston Society of Film Critics Award, 2010 Gracie Awards for Leading Actress in a Comedy Series, and Braveheart Award under the category of 2010 Powerful Women in Hollywood Award.

Sherri Shepherd is possibly single as of now. The actress is out of any dating relationships and seems focused on her career after numbers of failed relationships. 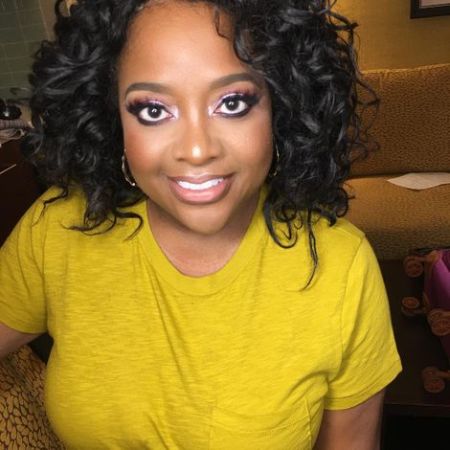 Shepherd was first married to actor Jeff Tarpley. The duo shared the wedding vows in 2001 in presence of their close friends and family. Further, the duo used to share a good bond initially but after staying together for nine years they faced some highs and lows in their relationship. Later they decided to divorce in 2010 regarding their personal issues.

Sherri then married to television writer Lamar Sally in August of 2011 at the Fairmont Hotel in Chicago. Besides, they decided to share the wedding vows when Sally proposed to Shepherd on December 26, 2010. What's more, everything was going good for the duo but after three years of their marriage, Sally filed for their separation on May 2, 2014.

On April 22, 2005 God gave me the best Birthday gift... my son Jeffrey. Born prematurely at 25 weeks weighing 1lb 10oz... despite all the negative prognosis, my son fought to live. Doctors said Jeffrey would be paralyzed, unable to speak and a host of mental challenges. But God said different. 14 years later Jeffrey still can bring me to tears at what he can do. I still have no clue what I am doing and how to raise this boy but I know I love him with all my heart. Happy Birthday Jeffrey. I pray that God protect you, guide you and put people (including your girlfriends & wife) who love HIM and love you. I pray HE give you wisdom and compassion and bless you to be an independent man who can take care of yourself in this world. I pray prosperity over your life and Lord thank you so much for loving me enough to give me Jeffrey. You are my heartbeat and you are my life. Happy 14th Birthday. I love you. Mommy a/k/a “Mom”😢 (Just this post took me 2 hours going through 10,725 pics and videos. I am going back to sleep!😂) #love #happybirthday #jeffrey #teenager #lovemyson #wheredidthetimego #bornwithapurpose #butgod

What is the Net Worth of Sherri Shepherd? Know about her Earnings, Salary, Career

Sherri Shepherd possesses a net worth of $10 million. She gathered that fortune with the help of her career as an actress, comedian, author, and television personality. In addition, the average salary of a film actress is $17.00 per hour and $81,000 per year whereas the average pay of a television actress is $9-$100 per hour. Similarly, many authors earn over $55,420.

Sherri further started her career in the film industry by appearing in the 2000 film named King of the Open Mics. Since then, she appeared in many films like Pauly Shore Is Dead, Cellular, Transformers, One for the Money, Top Five, and Ride Along 2 among others. Some of her blockbuster films are,

As of Shepherd's television career, she debuted by working in the 1995 television series named Cleghorne! Following her debut, she worked in several other TV series. Until now, she performed with many actors like Cree Cicchino, Shia LaBeouf, and Josh Duhamel among others.

Sherri besides is also an author who released her first book named Permission Slips: Every Woman's Guide to Giving Herself a Break in 2009. The book costs $7.18 for Hardcover and $7.87 for Audio CD. She is also a co-author of Plan D: How to Lose Weight and Beat Diabetes which was published in 2013. What's more, she is also a reality TV personality who participated as a celebrity contestant on the fourteenth season of ABC's Dancing with the Stars in March of 2012.

#essencefest is going to be going on July 5! Join me @essencefest for a special screening of my #film @brianbanksmovie ... joining me will be @aldis_hodge (starring as #BrianBanks) and @brianbanksfree ... afterwards if you want some laughter, grab your tickets for the #herlarious #afterdark #comedy show w @kymwhitley @kimcoles @jesshilarious_official @melaniecomarcho & me! Get #woke and then stay up #essenceafterdark to #laugh #workingmom #sherrishepherd #comics. (SWIPE LEFT) (don’t go all goo goo over how I look in this dress - this was FIVE years ago😂😂) #sugarfree since Mar 2018

The 52-year-old actress is also active on charity works and raises funds for the YAI Sherri Shepherd "Believe in Abilities" Fund. Following that, YAI supports people of all ages with intellectual and developmental disabilities. Furthermore, she also offered to pay six months' rent and utilities of homeless former American Gladiators star Debbie Clark. 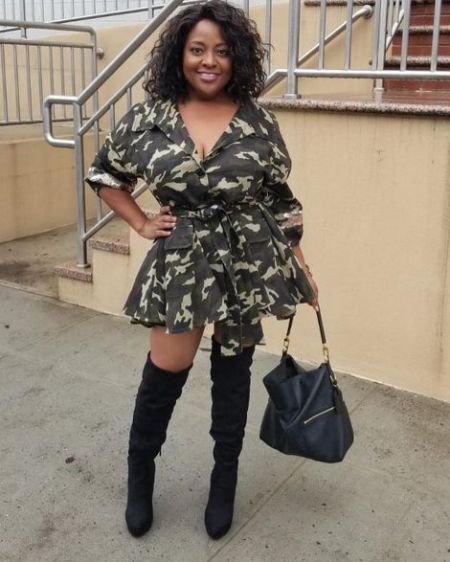 Shepherd was first married to actor Jeff Tarpley. The duo shared the wedding vows in 2001 in presence of their close friends and family. Later, they decided to divorce in 2010 regarding their personal issues.

Sherri then married to television writer Lamar Sally in August of 2011. The wedding was held at the Fairmont Hotel in Chicago. Later the duo separated from one another in 2014.