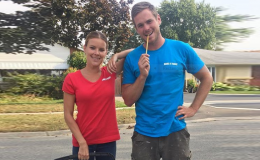 Well, paparazzi had it all wrong when they linked Sherry Holmes with Damon Bennett and she got engaged to some other guy. What a bummer!

She and her then-boyfriend now fiance, Blake Steed got engaged earlier this year in June. The pair has been dating each other for a long time.

The pair opted for a secret engagement and many people are speculating that they might have tied the knot sooner than we though in a secret ceremony.

So is the rumor true? Let's find out.

Sherry made a surprise reveal on her Instagram account when she announced her engagement to her boyfriend of many years, Blake Steed on June 11, 2017. 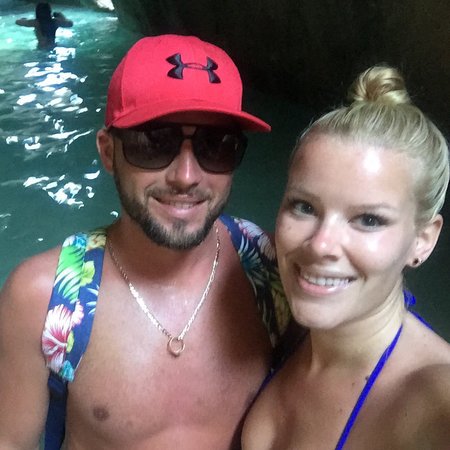 Sherry is dating Blake Steed and is engaged to him

It's a dream of every girl to marry her beloved boyfriend and seems the construction manager is on her way to get married to Blake. Their relationship is one of the cutest out there and we can easily tell they are not one of those odd couples who will break-up over small things.

They share an uncompromisable bond between each other and we can clearly say they are pretty close to each other we don't see any problem arising in their relationship.

Speaking of their relationship, the betrothed pair is yet to announce if they are willing to take their engagement to the next level and marry.

Soon after saying yes, Sherry was quick to share the photo of flaunting her engagement to her fans.

Wow!... The size of the bling is pretty huge don't you think.

Blake who also works as a crew member popped the big question and without any hesitation, she said, "Yes." The pair often goes on vacation together and spend the weekend together.

After their engagement, both of them went to Newfoundland and spend a weekend there.

I LOVE Newfoundland! So happy to be spend the weekend here with my @skillscompetencescanada @skillscanadanl family we've had an amazing time, and already can't wait to come back! My family is from here, so it's been beautiful to finally be able to visit and see for myself what they all tell me about! Travelling is my favourite hobby, thing to talk about, best past time.... Make sure you take the time to check out St. John's! The food, history and scenery alone, are incredible . . . #skillscanada #newfoundland #family #screech #ikissedthecod #travel #work #stjohns #foodie #iatetoomuch #canada

The couple is yet to say anything about their marriage so we can say they are not planning to get married soon.

Yes! the lovebirds Sherry and Blake took more than a year to accept each other as an official husband and wife.

They exchanged wedding vows in December 2018 when she was 22 weeks pregnant. Her fans were so forward to congratulate the lovely pair on the amazing day.

Sherry and husband Blake were so excited to welcome their first child as they repeatedly shared Holmes images with her growing belly. Here's the lovebirds showing her sonogram report:

We are into our 20th week of pregnancy! Which means, we’ve made it to our half way point! Baby is getting bigger and more noticeable! Click the link in my bio for my very FIRST blog post to read more about my thoughts on pregnancy . . . . #babyHolmesSteed #pregnancy #maternity #stillgettingusedtothis #blake #Holmes #baby #momtobe #blog @danielmacindoe

Meanwhile, Holmes gave birth to their first child, a daughter! 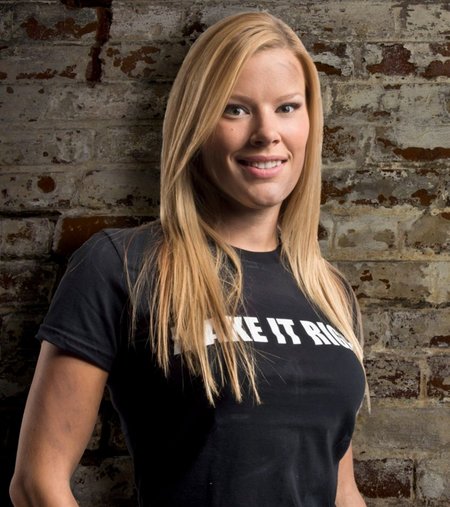