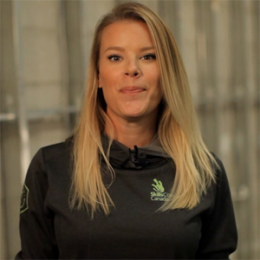 Sherry Holmes is best known as the daughter of a famous TV host and businessman, Mike Holmes. She is a permanent member of Mike’s crew. Holmes is engaged to her longtime boyfriend in 2017 and the couple married in December 2018. She welcomed their first child on 21 April 2019 and shared the news via Instagram post. The pair is living a blissful family life with a beautiful member added in the family.

Sherry Holmes was born in 1992 in Canada. Holmes is Canadian as per her nationality, and as far as her ethnicity is concerned, she is North-American. Holmes is the daughter of a famous businessman and TV host, Mike Holmes, and Alexandra Lorex. Her parents are divorced, and as of now, her father is in a relationship with Anna Zappia. Holmes was raised along with her two siblings- Mike Holmes Jr. and Amanda Holmes.

From the early age of 16, Sherry Holmes started working in the office behind the scenes of her father’s series about home improvement titled, Holmes and Homes. 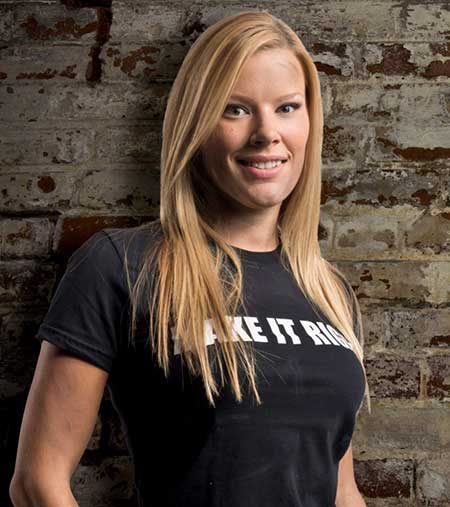 She also worked as a crew member in some of the shows by her father including Holmes Inspection (starring- Mike Holmes, Gary Landry, Martin Wroblewski, and Steve Graves among others), Holmes Makes It Right and Holmes on Homes.

Holmes worked as a member of her father's construction crew for many years and gaining experience from her old man, she has stepped out of her father's shadow and created her own path. She is working independently with her own crew dealing with contractors and managing jobs.

Currently, Sherry Holmes is engaged to her longtime boyfriend, Blake Steed on June 11, 2017. Steed is one of the crew members from her father's shows. They are together for years and also posted several pictures on their social media.

Apart from this, she was previously rumored to be dating Damon Bennett. However, it turned out to be false news.

Check out the video of Sherry Holmes where she talked about the International Women's Day at Ink & Iron Automotive!

Sherry married her boyfriend in December 2018 while 22 weeks pregnant. She shared her wedding images on Facebook as well as Instagram.

Being parents is, of course, a blessing for a couple. Sherry and Blake were so excited about the baby that the repeatedly shared pictures of the growing baby in her belly.