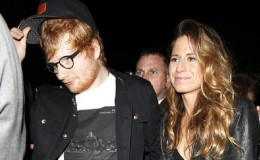 Bad News Ladies, Ed Sheeran is officially off the market!

The "Shape Of You" Singer yesterday dropped the big news about his secret engagement to longtime girlfriend Cherry Seaborn posting it on Instagram. See more details down here

The 26-year-old singer/songwriter Ed Sheeran confirmed the big news about him already engaged to girlfriend Cherry Seaborn. He posted a picture of the couple kissing and wrote the most heart yearning caption,

"Got myself a fiancee just before New Year. We are very happy and in love, and our cats are chuffed as well XX."

Cherry who's a field hockey player looked really happy in the photo and Ed was hugging her wife-to-be with a big kiss on her cheek. Ed has known Seaborn since they were children but never started dating until 2015 when he invited Seaborn to Taylor Swift's  4th of July party.

Before that, they were really good friends. They met while attending Thomas Mills High School together and once Ed revealed that he had a crush on her that time. Cherry moved from the US to the UK  to be with the multimillionaire star. 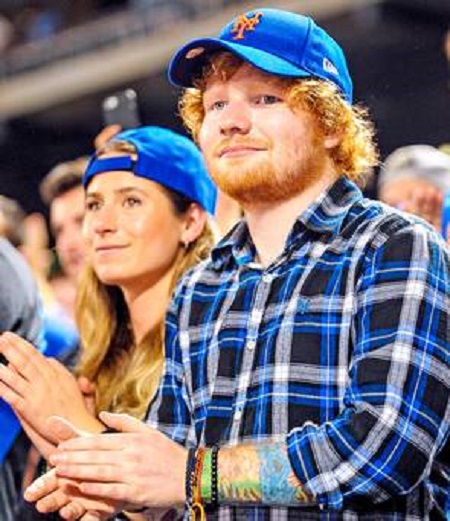 From the caption, it's clear that Ed and Cherry got engaged before the new year but the singer has yet to reveal the exact date. Sharing how his girlfriend inspired him to write the record-breaking song, Perfect, he stated,

"We got really hammered and took our shoes off and danced on his lawn and then jumped in the pool. And then the next day I was like, 'that's a cool story', so I put it in a song."

Cherry has always been a source of inspiration for Ed and how she's always been there to help him through thick and thin. And now the pair is finally taking a step further in their relationship, we're crazy excited to see the pair getting married!!