Home Article Sports Reporter Kaylee Hartung is unmarried: Not dating anyone: Still no boyfriend or a husband: Focused on career: No time for a relationship

Sports Reporter Kaylee Hartung is unmarried: Not dating anyone: Still no boyfriend or a husband: Focused on career: No time for a relationship 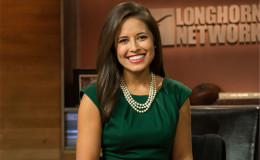 However, these were just baseless rumors and Kaylee and Tim are more like a brother and sister and together they are a great team.

In the bright summer evening, amidst the crazy crowd, the marching band, and the players, there she stands tall and poised waiting for the whistle to be blown and get ready to report the game.

Guys, she's the gorgeous and brilliant sportscaster, Kaylee Hartung. Her amazing on screen presence, remarkable reporting skills, and dazzling smile is probably the major reason most guys watch the ESPN.

And now, working as a co-host for ESPN's popular show SEC Nation on SEC Network, she's gained a lot of recognition internationally.

Most of you might wonder how come this beautiful 32-year-old is still not married and do not have any dating history.

To find out more about this, stay with us right here.

The former reporter at CBSNews.com, Kaylee apparently has a shocking dating history and she's still single and in the market.

By shocking, we mean, she has hidden her personal life so smartly that not much have been known about her boyfriends. 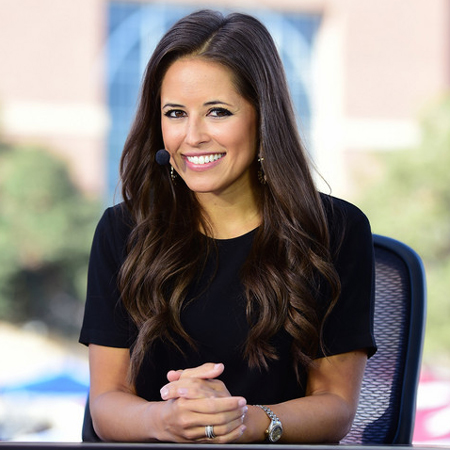 As per sources, she's not dating any one now and super focused on her career. She co-hosts, the entertaining show SEC Nation on ESPN along side, Joe Tessitore, Tim Tebow and Greg McElroy.

She also hosted CBS new segment called "Unplugged Under 40", back in 2009 which became a major turning point in her career.

With 51.2K Instagram and 100K Twitter followers, she's getting more and more popular and demanding reporter in the American News Industry.

It would be hard to have more fun than our crew did this season. Capping it off with the Sugar Bowl @ou_football v @auburnfootball tonight!! #allstatesugarbowl

Undoubtedly, she's a huge fan base and she gets marriage proposals every now and then, sometimes on stage, sometimes online.

Here's a picture of Kaylee with mascots holding flowers given by him on Valentines' Day!

This pretty much sums up my Valentine's Day. The Kentucky Wildcat came up big with the flower delivery in the middle of my post-game interview with Coach Cal.

This little boy wants to marry Kaylee. How cute!

Here are some of the fan tweets, asking Kaylee's hand for marriage.

All professionalism aside, I would marry @KayleeHartung in a nanosecond. Date me

@KayleeHartung marry me !!! ???? a gorgeous sports anchor / analyst / reporter is life goals ! Any time u wanna go to a Yankee game dm me :)

Although she's not find the right man for her, she's always pictured a guy who'd probably be the one for her. In an interview with Atxman.com, back in 2013, Kaylee confessed what kind of man she finds attractive and would like to date.

She replied, " I definitely need to date someone who enjoys watching sports and talking about sports. I go for a pretty classic look. On my first date, I'd like to go somewhere not too loud.”

Further added, "I like to have a good conversation. If you manage to find a bad restaurant in Austin, this date is clearly going nowhere.”

So, it looks like, she's high standards for men and has still not found the man for her who would sweep her away off her feet!

Working together on their popular sports show SEC Nation, Kaylee and Tim were rumored to be a "thing" back in 2015. 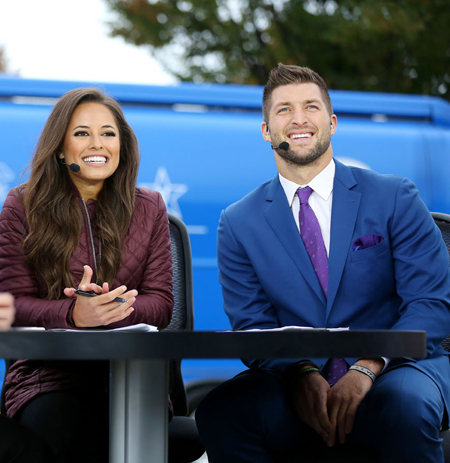 However, these were just baseless rumors and Kaylee and Tim are more like a brother and sister and together they are a great team.

My mom never made my brother and me dress in matching outfits... Now I know what that feels like. Apparently Christmas tree green is so in right now. #SECNation

Tim Tebow is an American professional baseball outfielder in the New York Mets and he's an analyst on the SEC Network's show, SEC Nation.

Also see: Is Tim Tebow engaged? Know about his relationship with Olivia Culpo.

Kaylee is having the time of her life and enjoying her singlehood like a rock star. She often spends time with her friends, hanging out with them, having a ball together.

One of the best parts of the constant travel is when you find yourself coincidentally in the same place as one of your favorite friends. Perfect lunch date in a most unexpected place!

Baton Rouge!! Back to my roots. Love these girls.

Next time we're all together we'll have strollers parked at the table (or @arcatim and @stuartdhurst can babysit). Can't wait to meet babies Hurst and Arcati!! Love you girls.

BRITNEY with the best #specktacular #vegas

All in all, we wish the gorgeous and talented reporter all the success in her lifetime. We also hope that she soon finds the love of her life and we really want to see her walking down the aisle being the most beautiful bride ever.