Home Article 'A big congratulations' Steve Nash and Wife Lilla Frederick are expecting their first Child together. Was previously Married to Alejandra Amarilla

'A big congratulations' Steve Nash and Wife Lilla Frederick are expecting their first Child together. Was previously Married to Alejandra Amarilla 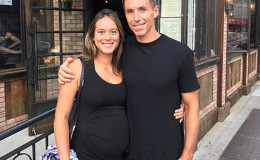 Happy news for the wonderful couple Steve Nash and Lilla F. Nash.! The former NBA basketball player and his lovely wife Lilla is all set to welcome a new member in their family.

The couple is yet waiting for the perfect moment to announce the big news but we can't wait to show you the cutest baby bumps on the soon to be mother, Lilla. Let's find out all the details about this couple.

The famous former Canadian basketballer, Steve and his lovely wife, Lilla, the former volleyball player did make their relationship public and even announced that they were engaged organizing a big fat wedding.

But this time the pair is keeping big secrets under the belly!

The beautiful, 35-year-old Lilla is soon to be a mom as she's pregnant with her first child. The doubts were clear when the pair posted few pictures of them on social media sites together and Lilla definitely looked pregnant.

She looked radiant and glowing, happy with her beau carrying a baby bump and it's expected that she's nearly six months pregnant. 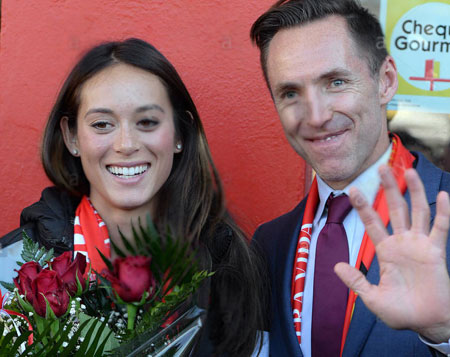 Former NBA player Steve Nash, and his fiancee Lilla Frederick in Mallorca during the football match in Majorca, Source: AlamyStock

And regarding their secrets, perhaps after retirement, the couple is preferring a life under the radar and enjoy their times to themselves. 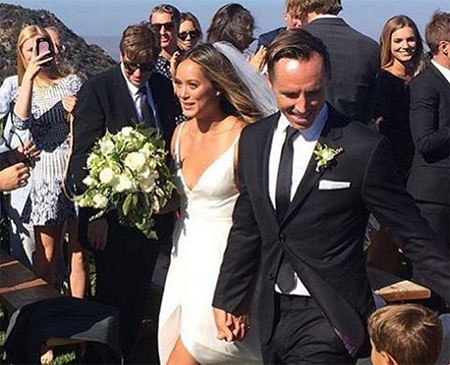 Steve with wife Lilla on their wedding day at Manhattan Beach, 2016, Source: Instagram

This wonderful pair tied knots on September 3, 2013 after getting engaged on March that same year. They arranged a lavish ceremony at Manhattan Beach, California, followed by a rocking beach themed party.

Prior marrying Lilla Frederick, Steve was already a happily married man as he was the loving husband of his first wife  Alejandra Amarilla. 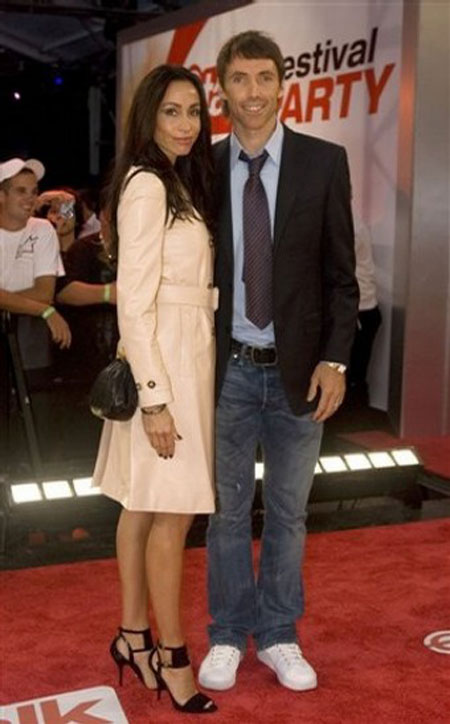 He met Alejandra in 2001, in Manhattan while attending an event together. They started dating right away and eventually got married in 2005 .

The pair shared three children together, twin girls Lolla and Bella and a son, Matteo. Despite all the riches and love, the pair didn't last long together as Nash confirmed their split in November 2010 just one day after their son's birth.

Happy Birthday to my beautiful baby girls. 12! Lola, thanks for the pre-teen angst of hating to stage a pic with papa. Matteo, kick rocks bud..

Accusing his wife of infidelity, Nash filed for divorce in 2010 which was finalized in 2011. The controversy doesn't end here as Steve and estranged wife Amarilla fought a dirty custody battle.

He made another allegation stating that his wife who lived in Arizona was planning to trap the NBA star to play child support by moving to CA. This accusation was bluntly denied by the ex-wife.

She made her statement quoting,

"My position is we are moving to California because [our children's] father is there. I believe the school is a great fit for them. I can't buy a home unless we get child support. Plan is to move to CA. Wait 6 months then get the court involved in child support."

The custody battle ended when both parties accepted for a settlement and joint custody. Details and terms of the settlement still remain sealed and confidential.

Born and raised in Orang County,  Lilla Frederick is one of the pro volleyball player from United States. Her mother Lynda Frederick and father Duncan Frederick had five children together, that includes Lilla and her four siblings, Brittney, Kyle, Macsun and Robi. 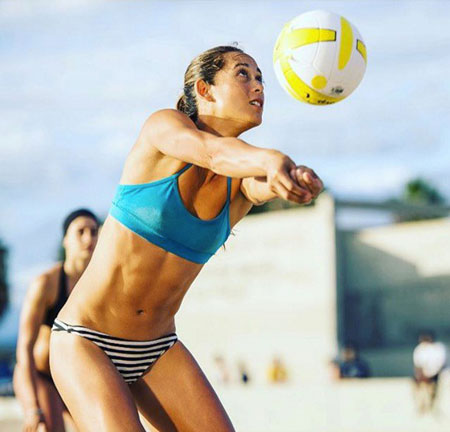 Lilla is the former volleyball player at Pepperdine University, Malibu, California. Her career in volleyball started when she joined the university where she was ranked 12th in the Pepperdine record book with 1,140 kills and seventh with 1,136 digs. 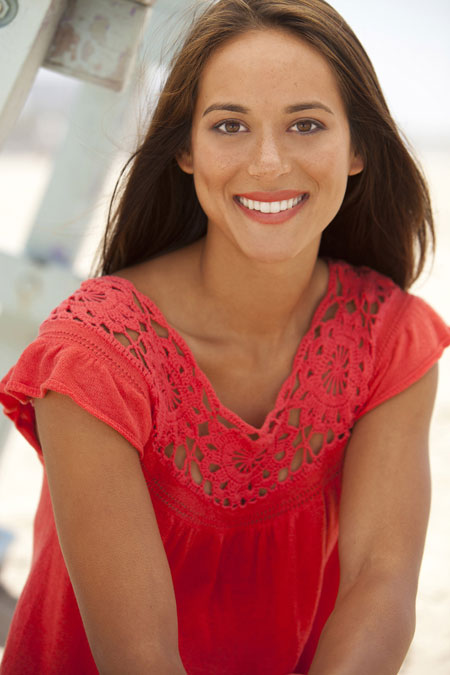 In 2008 she played with USA Junior National Team in summer and won a gold medal for NORCECA Continental Championships that was held in Mexico.

She graduated from Cornelia Connelly High School, located in Anaheim, California in 2008 and retired from the game since 2013.

And now, she's soon to be a mother of her child which is super exciting. We wish the couple life time of happiness and togetherness.