Home Article T.J. Dillashaw Is LIving Happily With His Wife Rebecca Dillashaw, Do They Have Children? Know about His Married Life

T.J. Dillashaw Is LIving Happily With His Wife Rebecca Dillashaw, Do They Have Children? Know about His Married Life 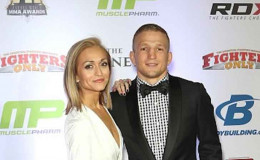 The MMA star T.J. Dillashaw is living a blissful married life with his gorgeous spouse. They apparently dated for a long time before embracing each other as life partners. 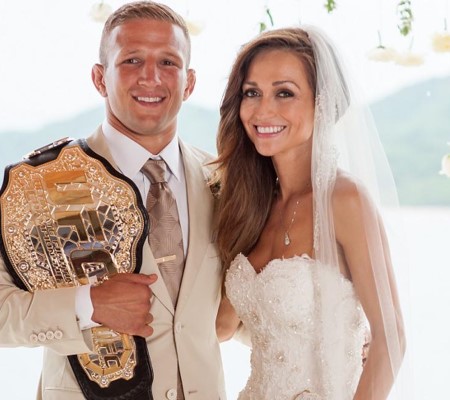 The couple was reportedly together for a long time before exchanging wedding vows. Three years after their stunning wedding, the lovebirds announced they were expecting a baby boy via social media in June 2017.

Earlier, T.J. celebrated his honeymoon with Rebecca in Mexico. It's not sure precisely where the wedding took place, but it's possible the ceremony happened in Mexico too as he shared photos of some of his family members there.

The couple dated several years prior to embracing each other as life partners. Apparently, both of them graduated from the same college, so it's a likely possibility the pair first met each other during their college days.

This delightful couple does not claim to have only 3 members in their family since the duo shares a Cane Corso named Smokey, two French Bulldogs named Bunny and Cash, and one Pekinese named Mijo.

Rebecca has a private Instagram account where she mostly dresses Frenchies in cowboy costumes for photos. T.J. himself is a very secretive personality as well. He is rarely ever known to speak about his personal life to the media.

On a rare occasion, the UFC star did speak about his wife, it was Valentine's Day 2017 where he paid a tribute to Rebecca talking her up as a strong woman. T.J. further expressed how lucky he is to have such a woman in his life.

Life doesn’t always go as planned but the important things always remain the same, thanks @energyservicepartners for the reminder and the energy. #GoSolar #gogreen #offthegrid #energy #family #ourfuture

Although the pair is not too vocal about their married life, particularly in recent days, the little that's been spilled so far looks to be enough to conclude they are enjoying a blissful married life.

Despite his busy professional career, he always manages time for his lovely wife and child. He is active on Instagram where he shares his family portraits with his fans. 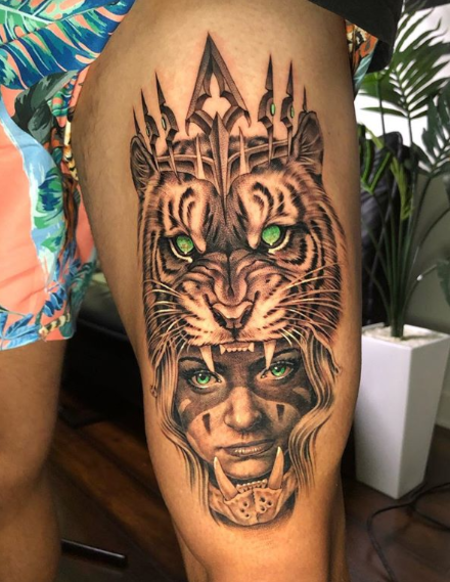 T.J. even got a huge tattoo on his thigs all dedicated to his wife, Rebecca. In the tattoo, his wife's portrait is encompassed by a tiger's face with a queen crown. The tattoo clearly indicates he considers his wife to the rock of his life and she is a fearless queen.

T.J. made his official UFC debut at The Ultimate Fighter 14 Finale on 3rd December 2011 in Los Vegas, Nevada. The fight was the final of the bantamweight tournament where he fought against John Dadson but unfortunately lost via TKO. 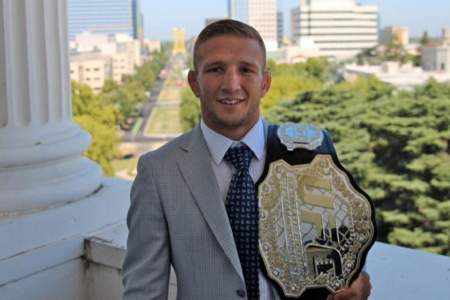 On 20th April 2013, T.J. fought against Hugo Viana replacing an injured Francisco Rivera. Dillashaw won the fight via TKO in the very first round.

T.J.'s biggest success till date arrived when he defeated Renan Barao at UFC 173. In one of the biggest upsets in UFC history, Dillashaw dominated the bout and won via TKO in the fifth round.

A rematch against Barao was scheduled to take place at UFC 186 on 25th April 2015. However, Dillashaw was forced out of the event after sustaining a broken rib in training.

I will stay ready and focused. I will never lose the . Join me on my return at tjdillashaw.com with my Fit To Fight online course. Link in my bio as well

After making a successful recovery from the injury, the rematch took place on 25th July 2015. Dillashaw won the battle through TKO in the fourth round to retain his title. Moreover, he was rewarded with the performance of the night.

On 17th January 2016, T.J. lost the title against Dominic Cruz at UFC Fight Night 81. Both the fighters were granted Fight of the Night respects.

On 4th November 2017 at UFC 2017, Dillashaw faced Cody Brandt with the title on the line. He defeated Brandt via knockout to regain the UFC Bantamweight Championship. This win earned him his fifth performance of the Night bonus award.

The rematch took place on 4th August 2018 at UFC 227 where Dillashaw beat Brandt again, this time via TKO in the first round to retain the title. Sadly, on March 20, 2019, Dillashaw had to relinquish his UFC bantamweight championship after he tested positive for using the performance-enhancing drug called recombinant human erythropoietin (EPO). 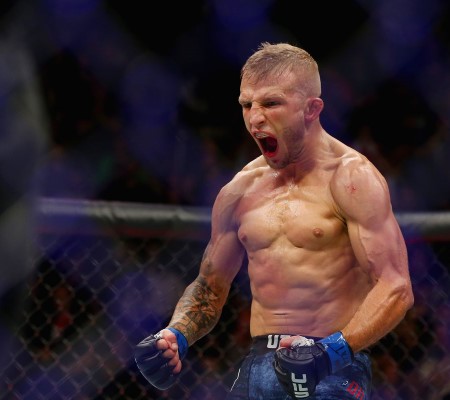 For more, make sure to visit, MarriedWiki!!!