Home Article Tamera Mowry's Father Timothy Mowry, All the Details About his Family Life and Children

Tamera Mowry's Father Timothy Mowry, All the Details About his Family Life and Children 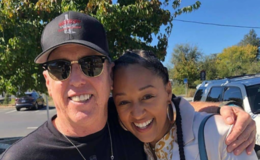 Tamera Mowry is a well-known former singer, actress, and television host. The 44-year-old star's breakthrough came when she was cast as the teenage Tamera Campbell in the sitcom Sister, Sister

Tamera Mowry is a well-known former singer, actress, and television host. The 44-year-old star's breakthrough came when she was cast as the teenage Tamera Campbell in the sitcom Sister, Sister, which aired on ABC and the WB (opposite her twin sister Tia Mowry).

Mowry has also portrayed the role of Dr. Kayla Thornton on the television series Strong Medicine. Mowry was featured as a leading actress in the movie Twitches and its sequel, Twitches Too.

Tamera Mowry's father, Timothy Mowry, is an American Veteran and a retired first sergeant from the United States Army. He is also the biological father of famous American twin actresses Tamera and Tia Mowry. 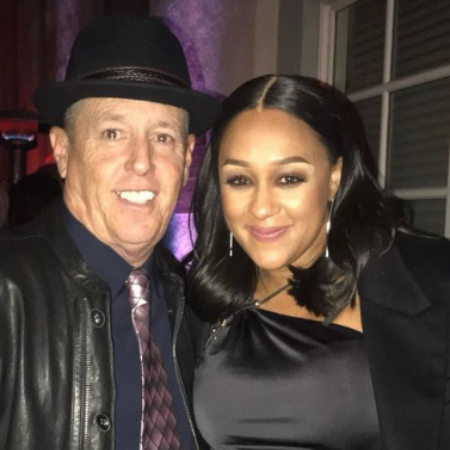 Tamera and Tia Mowry have both had successful acting careers. Even though Timothy was successful in his job while serving in the United States military, he is most known for being the father of two famous actresses who are also prominent in their own right. As a result, he has also achieved celebrity status for himself.

On January 4, 1957, Timothy was born in Florida. He spent his childhood in Miami, Florida, with his parents. There, Timothy attended a high school in the area. Because he values his privacy more than anything else, he has not provided the media with further information regarding his educational background.

After graduating high school, Timothy enlisted in the military due to his family's competitive attitude. Because Timothy has always been an active sportsman, he excelled in the necessary mental and physical examinations. Timothy was quickly promoted to the rank of the first sergeant in the army. During his time as 1SG, Timothy was responsible for administrative tasks and battalion leadership.

After serving in the United States Army for several years, Timothy retired early and moved to California. He eventually found work as a custodial officer with the Glendale Police Department.

Timothy Mowry first met his future wife, Darlene Renee Mowry, while they were both attending high school together. After graduation, both of them enlisted in the United States Army. As per Wikilama, in 1975, when they were only 18 years old, the two high school sweethearts ran away together and married. Mowry and Darlene were married for forty years before deciding to end their marriage in 2015. 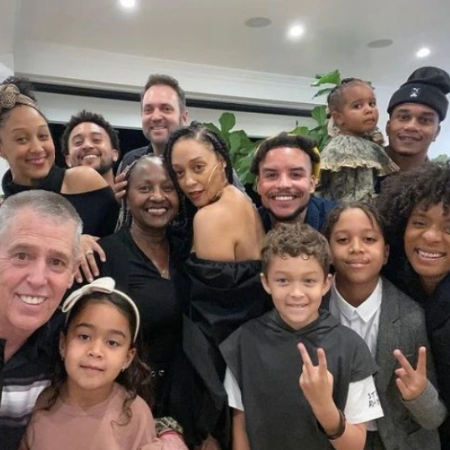 Timothy Mowry first met his future wife, Darlene Renee Mowry, while they were both attending high school together. SOURCE: Instagram

Darlene and her husband Timothy served their country together in Germany, where they welcomed their identical twin daughters, Tia Mowry and Tamera Mowry. After that, in 1979, she relocated to Texas, America, with her family.

The pair moved to California, where Darlene gave up her work in the military so that she could better assist her children in their chosen fields. Timothy and Darlene were married for forty years before deciding to end their marriage in 2015. They also have sons named Tahj Mowry and Tavior Mowry. 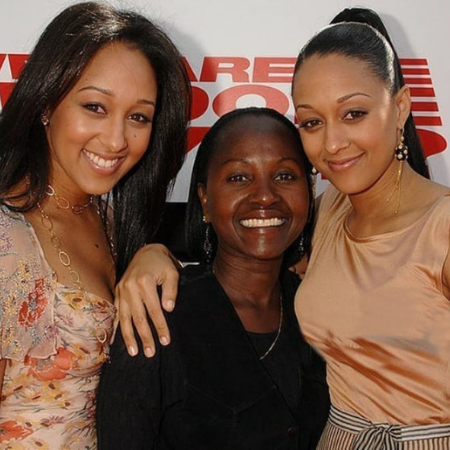 Tia and Tamera starred as the main characters in Sister, Sister, which aired from 1994 to 1999. Tamera performed the role of Tamera Campbell, a character who was adopted as an infant and raised apart from her twin sister from the time of their birth.

Tamera and Tia also had roles in the movie Twitches, which aired on the Disney Channel in 2005. Mowry joined the cast of The Real, a syndicated daytime talk show, in 2013, serving as a co-host alongside Adrienne Bailon, Tamar Braxton, Loni Love, and Jeannie Mai.

In 2021, Mowry participated in the fifth season of The Masked Singer as the character Seashell. In Week 7, she and Bobby Brown's performance as Crab were both eliminated.

After they became mothers, Mowry and her twin sister, Tia, launched a company called Need Brand. Milky! and Stretchy! are two items designed with parenthood in mind. Milky! comes in a bottle with a capacity of 2.5 ounces and contains only organic components known to encourage lactation in women.