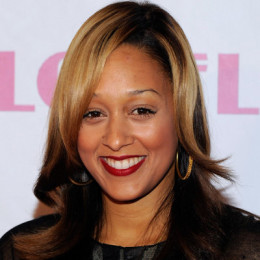 Tia Dashon Mowry Hardrict generally known as Tia Mowry, is an American actress and model. She is the daughter of Timothy John Mowry, a U.S. Army and Darlene Renee Mowry. She have a twin sister named Tamera Mowry Housley. She attended Birmingham High School and later studied at Pepperdine University, Malibu, California. She has majored in Psychology from Pepperdine University.

She is married to an actor with whom she met romantically in a bus stop. They first dated for around six months and finally got married. They together have a son. This romantic couple are happy being in each other's arm and are loyal towards each other. The couple are often captured together in the weekends. There are no such rumors or controversy that has let her stardom down.

He is a actor. They first met at a bus stop and they are pretty happy to be each others partner.

He is a adorable kid and the only son of his romantic proud parents.