Chopped Chef Taylor Hurt - Gone too Soon, Know her Death Cause & Life in a Nutshell 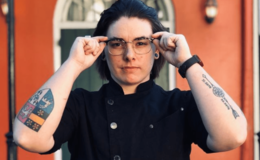 The Chopped viewers can be well familiar with a much-loved contestant Taylor Hurt. Although she didn't win the show, the aspiring chef won tons of hearts. Nothing seemed to stop her from pursuing her dreams. But it all came to an end with her tragic death at the young age of 30.

Taylor Hurt- Was in a Happy Relationship

Taylor Hunt was one of few chefs who garnered many fans from her dedicated cooking profession. Thanks to her cooking recipes books & Chopped Next Gen show appearances, she became a household name to many cooking lovers. 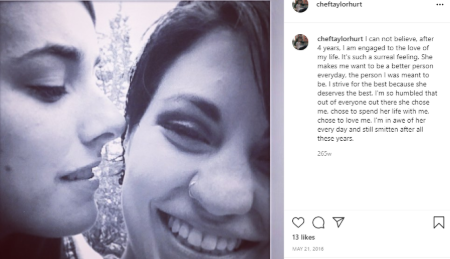 And, speaking of her relationship, she had a few ups and downs. Taylor Hurt dated a girl named Tara Aatma in 2012. And after four years on May 21, 2016, they announced the much-awaited engagement. Not to mention, on June 4, 2016, Taylor also showcased a dazzling golden-diamond ring, with the caption "Our fingers crown".

Everything was going alright before Taylor's relationship with Tara suddenly came to end in 2017. Much to her ex-fiance & the reason behind their split is a mystery. Further, Taylor too never bothered to reveal her failed engagement story in public. However, she did upload pictures of her ex on her Instagram. 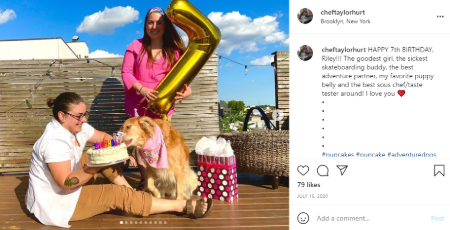 After a failed relationship with Tara, Taylor came romantically closer with another girl named Paige Pirtle. Taylor and Paige had a lovely relationship. It seemed like a match that was made in heaven that could go very far in their future. But their dream shattered in a very unfortunate way when Taylor left the earthside.

Apart from all this, a lot of people close to Hurt were aware of her sexuality. To make things clear, Taylor Hurt is gay but never opened up about it publicly. Although the aspiring chef called herself a "dog dad", she never had any children from any of her relationships.

Taylor Hurt was a passionate cook who released popular and delicious recipes which were published in her cookbook BeNourished. Besides this, she also worked as a cook at the Cotton Blues and The Birdhouse Cafe.

Check out the video of Taylor Hurt's friend tribute for her.

But it was Chopped Next Gen that introduced her to a much larger audience. The show was aired on Food Network. The Chopped had even dedicated an episode for the deceased chef.

How did Taylor Hurt Die?

The passionate chef Taylor Hurt sadly passed away untimely in November 2020. Hurt, in fact, left behind girlfriend Paige Pirtle, friend Tara Aatma and those who cared about her including her parents Gary Hurt, Luvith Hurt, Kay Cameron, Del Sanders & sister Vivian Hurt. The death of Hurt deeply overwhelmed everyone who was connected to her. 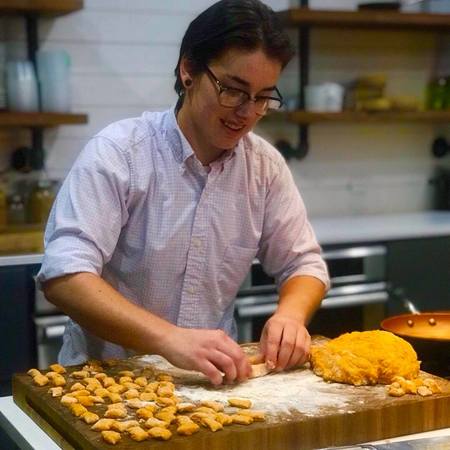 Many of her well-wishers expressed their grief via social media as one fan wrote, "I thoroughly enjoyed her on the show tonight may she R.I.P". The death of a celebrity chef is said to be drug addiction as she had previously been to rehab, as per Tara.

While some sources claim it was a car accident that led to her death, the actual cause of death is still undisclosed. Taylor was only 30 years old when she died.