Home Article Television host Trish Regan married to James A. Ben in 2001. know about her married life and three children

Television host Trish Regan married to James A. Ben in 2001. know about her married life and three children 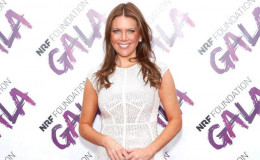 A woman, no matter how rich or famous is she, cannot be happy and successful without a perfect family. Today, we have such woman, who is carrying out both the responsibilities of a loving mother and a professional woman.

The successful and the most talked about American television host, who also happens to be an author and investigative journalist, Trish Regan is a happily married woman with a wonderful family of five.

Trish Regan finally settled down with James A. Ben in the year 2001. Since then, they have been happily married and have retained their marital status for almost over a decade. The couple has been dating for a very long time and eventually got married.

Similarly, sources claimed that the marriage ceremony was official yet private and there has not been any news regarding their problems in marriage or rumors about divorce.

Therefore, it's sure that the couple is having the happiest and beautiful moment of their lives and are cherishing their togetherness.

Trish Regan is currently the anchor of The Intelligence Report with Trish Regan on the Fox Business Network where she joined as an anchor and markets reporter in April 2015.

On the other hand, her husband James A. Ben is an investment banker who works as managing director of global financial advisory for investment advisory firm Rothschild.

On an interview for The Business Insider, Trish told the sources that her favorite person in her life was non-other than her husband James and she always look up to him for support and advice. He is not only a good husband but also an amazing father.

Announced in July 2009, Trish  was pregnant with twins. Later, she gave birth to the twin daughters named  Alexandra and Elizabeth on December 8, 2009.

Then, in 2012, the couple welcomed another adorable member in her family, a son, and named him Jamie Ben.

Happy birthday to our baby boy!

Trish and James are blessed with three beautiful children and are managing quite well with their busy life to spend quality times with each other as well.

Here is a video of The Intelligence Report’ producer Jenna Kotch and host Trish Regan who shared their children experience on the take your kids to work day.

On the story covered by Haute Living about Regan, she described to Haute Living how the parenthood changed her. She said “I don’t think I’ve ever been reckless, but I wouldn’t be truthful if I said my responsibility to my kids didn’t make me think twice.”

Trish: As a success icon

Trish Regan was named to be one of the ten women in the broadcast news that have to be watched by the Houston Chronicle.

She had flaunted many exceptional abilities of her in reporting and she is definitely the future star in the reporting industry.  Business Insider reported that Regan is their preferred female financial news anchor.

Trish has also written a book called 'Joint Ventures: Inside America’s Almost Legal Marijuana Industry' and it was released in 2011.

Similarly, she was nominated for an Emmy in the Best Documentary category for the work on “Against the Tide: The Battle for New Orleans which included the in-depth special news on the underground marijuana industry.

Trish then went on to host The Trish Regan Primetime Show in Fox Business Network. Just recently, after the outbreak of Coronavirus, Regan had a controversial comment about the virus. This led the Fox Network to put her show on hiatus.