Home Article Ben Higgins and Lauren Bushnell confirm their Split. The Couple first met on the sets of 'The Bachelors'

Ben Higgins and Lauren Bushnell confirm their Split. The Couple first met on the sets of 'The Bachelors' 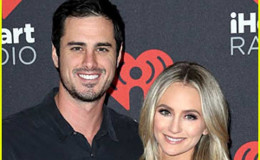 The Bachelor's Ben Higgins and Lauren Bushnell have called off their relationship due to some personal disputes after happily engaged.

Handsome and attractive Ben Higgins and girlfriend Lauren Bushnell are no longer together. The couple who gained popularity through the renowned reality show The Bachelor were expected to get married this year.

However, the news of their unfortunate breakup has shocked all of us. Well, you people must be curious to know what actually has happen between them.

The Bachelor's Ben Higgins and Lauren Bushnell call off their Engagement

The duo met for the first time in Higgin's season aired in January 2016 in the Bachelor. Ben, who was deeply affected by the charm and beauty of Lauren, proposed her without wasting time during the season 20 of the Bachelor. 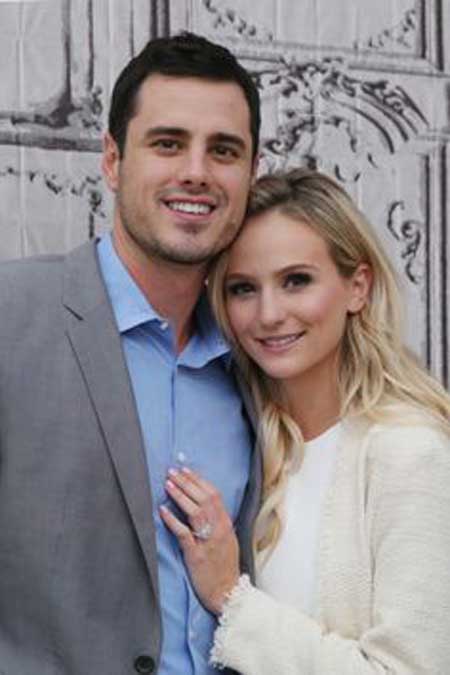 Soon after their engagement, rumors flew over the media that the couple is unsuccessful in maintaining their relationship. 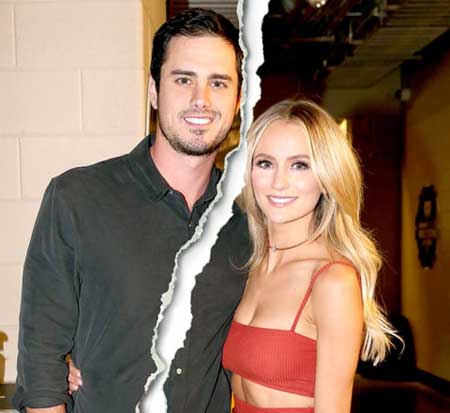 The heavenly couple faced an unfortunate moment in their life, Source: Us weekly

In contrast, Ben, on 1st February claimed that his relationship with Lauren is going on the right track via Instagram.

No need to respond often to rumors or "fake news" but the feeling I have in this picture is the same feeling I have for this girl today. We have entered into a world where rumors will exist we know that, but just know as @laurenbushnell celebrates her birthday tomorrow I am still extremely lucky to be able to share life with her and be by her side.

@laurenbushnell and I are very excited for you all to see our first attempt at hosting! Luckily we had amazing crew and guidance (part of the team above). Please mark May 7 on your calendars and tune into @freeform because @disneysfairytaleweddingstv is a feel good show you don't want to miss.

But, the couple disclosed about their split on Monday, May 15. They said to PEOPLE,

'It is with heavy hearts that we announce our decision to go our separate way.'

'We feel fortunate for the time we had together, and will remain friends with much love and respect for one another. We wish nothing but the best for each other and ask for your support and understanding at this time.'

The pair tried their best to overcome the differences in their relation but the couple failed their attempt.

Here is a video on Us Weekly on the relationship status of the pair:

Expressing the uncertainty in the relation, Higgins, 29, concluded his love life with Lauren after dating each other for an entire year. 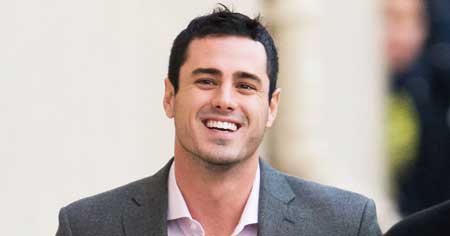 Since the duo has decided to disintegrate their togetherness, we wish them all the luck for their bright future ahead.