Home Article The Bachelorette 2017; Here is the list of five contestants who will probably win this season

The Bachelorette 2017; Here is the list of five contestants who will probably win this season 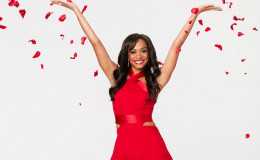 The Bachelorette 2017; Here is the list of five men who will probably win this season and keep watching the show for more infor.

Premiered on May 22, the most exciting show, The Bachelorette featuring the gorgeous lawyer Rachel Lindsay is reaching half way through and the part one of the show has ended.

The final episode of the part one ended with quite a shock, as one of the potential contestants, Dean Unglert was eliminated, leaving all the fans in bit of a shock and now the show is left with top 12 contestants who will fight to win the heart of their leading lady, Rachel Lindsay.

Today we have listed top five hot frontrunners who is gaining quite a spotlight as the potential winners. But the show is highly unpredictable, so be prepared for twists and cringes!

Those intense blue eyes are enough to make any woman fall for him but Rachel is still finding it difficult to blend with him.

The 31-year-old handsome hunk, Peter Kraus is a business owner. On his first date with Rachel, he totally killed it and swooned the gorgeous bachelorette.

Rachel with Peter on their first date on the show, Source: Romper

He's also one of the best dressed and best-spoken bachelors in the group and it's about time Rachel would pin him with the final rose. 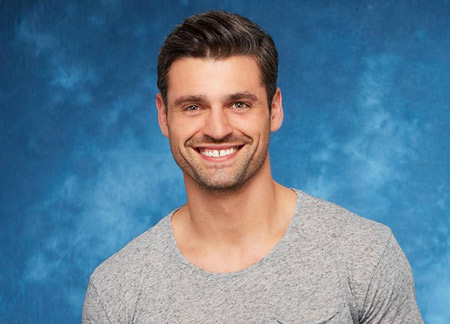 In an interview with Entertainment Tonight, Peter revealed that he's super focused on winning the show and winning the love of Rachel.

"Right now to be completely honest, Rachel's definitely my focus. I haven't met anybody in my life quite like her, so if I can be that final person with Rachel at the end I will be the happiest man that I can possibly be."

Before featuring on the show, he was in relationships with two girlfriends who he almost married.

The 37-year-old Chiropractor who describes himself as a pretty laid back, enjoying quiet time, rather than going to parties, Bryan is also rising as one of the potential winners in the show. 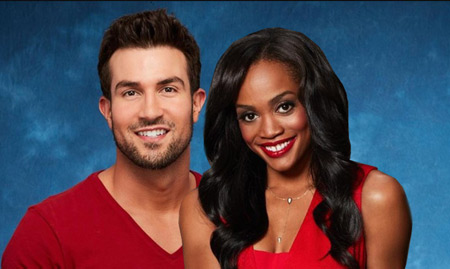 Bryan and Rachel, most popular couple in Bachelorette, Source: Reality

He's affectionate, charming and funny on the show and Rachel was pretty much impressed when they recently went on a one-on-one date together in Copenhagen where the duo goes for a challenge of heights, that seemed pretty exciting and the pair ends up kissing in the middle of the air.

Matthew Munson, aka "Matt" is another leading man in the 2017's The Bachelorette series who if given the chance can win the show. The 32-year-old who is tall with height 6'3" has an outstanding personality. 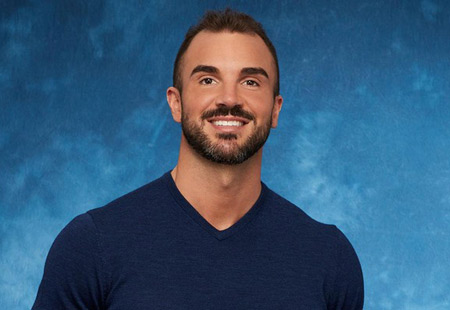 This construction sales representative describe himself as a serious kind of guy and the way he's with Rachel every time, all we can see is love in his eyes.

Knowing that Rachel loves penguins, he walked out from the limo on the first episode wearing the penguin suit looking totally adorable!

The young and handsome personal trainer and motivational, Eric Bigger has equal chances of reaching the finale. His solo date with beautiful Rachel went so great and the duo looked smitten with love after arriving at the Bachelorette house after the date. 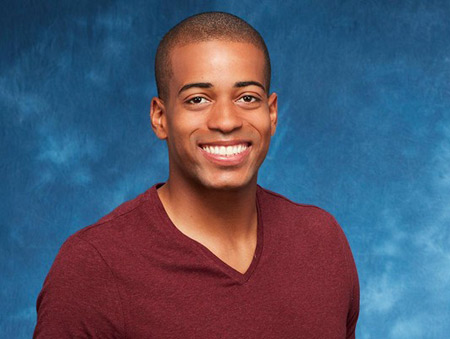 On the first meeting too, he didn't make Rachel feel uncomfortable with awkward hugs and kisses but did a romantic dance and Rachel was blushing the whole time.

He has a modeling background too and the chemistry that he shares with Rachel is amazing and unique.

One of the sweetest bachelor's the show, Alex Bordyukov wooed bold and sexy Rachel with all his chivalry and sweet gestures on the very first night. He expressed all of his feelings and the major purpose of being on the show, to find love and win love.

The charming and handsome 28-year-old Information System Supervisor is running his way up to be the final contestant and we too are pretty positive for him.

Well, we're sure you all have your own personal favorite but it's upto Rachel who she chooses at the end of the show. For latest updates keep watching the show and follow our page for more recent gossips.