Meet Rachel Lindsay; The Bachelorette Season 13; Know about her Past Affairs, Dating life and Career 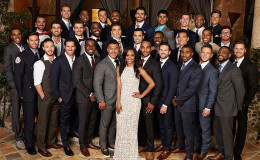 The Bachelorette 13's star, Rachel Lindsay is back with her show, used to date Nick Viall from The Bachelor but the duo broke up.

After getting her heart broken from the eligible bachelor, Nick Viall of Season 21, The Bachelor, beautiful Rachel Lindsay is back with a bang with her reality show, The Bachelorette, season 13.

This May, the first ever black contestant on The Bachelor, Rachel is getting 31 hot men who will do all the efforts to woo the beautiful lady and conquer her heart.

The most anticipated show premiered on May 22, Monday and we all are super excited to see who'll be the best suitor for 31-year-old Rachel.

Rachel Lindsay dated Nick Viall from Season 21 of The Bachelor

Back in March, beautiful Rachel made it to the final three along with her two other competitors, Raven Gates and Vanessa Grimaldi, but sadly got dumped by show's hot bachelor Nick Viall. 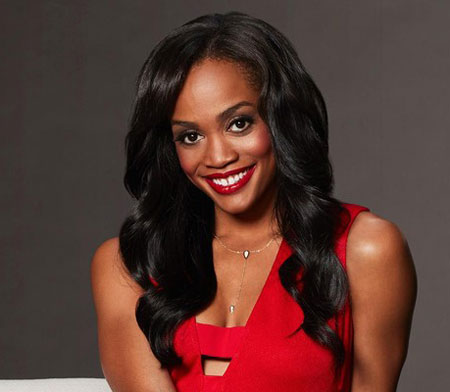 Fans got puzzled as we couldn't see where things got wrong because Rachel Lindsay was the best partner for Nick Viall, a complete package that no one could ignore. 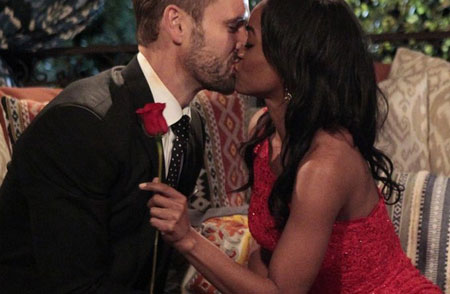 The chemistry of the pair on the show was adorable as Nick himself confessed that he was falling for the black beauty until on March 6, the penultimate episode, where Nick dumped Rachel leaving her heartbroken at the rose ceremony. 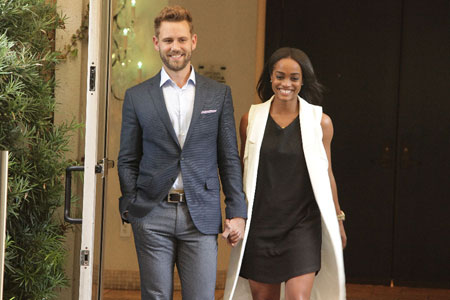 Nick broke up with Rachel at the end of the show and chose Vanessa, Source: Popcrush

Nick went on to choose Vanessa Grimaldi as his fiance while Rachel went on to start her own show!

What to expect from The Bachelorette Season 13?

America's most favorite reality show, The Bachelorette Season 13 premiered last Monday and a lot of fans are making guesses about who could be the winner.

Also, just recently on Jimmy Kimmel Live Show, Rachel revealed that she's already engaged and has high hopes of marrying the one. 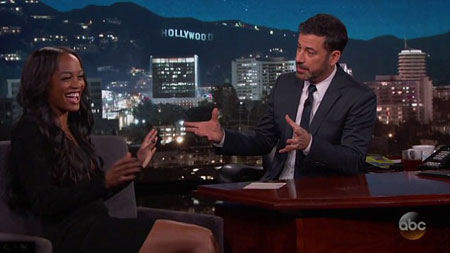 After finishing the filming of the show, Rachel dropped some major spoilers leaving the fans in a puddle about who will win the show.

So happy for this moment!!! Thank you so much for the love and support!!!! Can't believe I am the new bachelorette...still feel like I'm dreaming #bachelornation #bachelorette #thankful #blackhistorymonth #historicmoment

"At the proposal — during that time. We had a couple of days together, and then we went our separate ways."

And when Jimmy asked what are the plans of reality couple, the civil defense attorney replied quoting, "I don't plan on a breakup".

Well, it's clear that Rachel has already chosen the bachelor for her but as the show premiered there was one guy stealing the show in the very first episode, Dean Unglert. 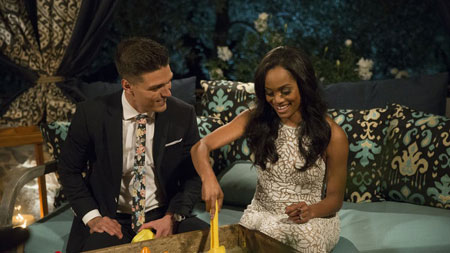 Bachelorette Lindsay on her date with the handsome contender Dean Unglert, Source: LifeandStylemag

It looked like he made a really lasting impression on Rachel stating,

"Once you go black you never go back!"

Not only this on the second episode, the two shared honest conversation with flirty smiles and giggles so, it seems the duo will hit off really well.

So could, Dean be the ultimate winner of the show? We've to watch the show to find that out! 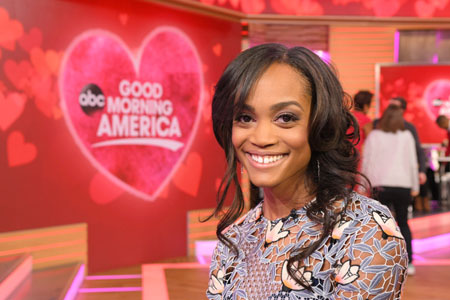 All in all, we are super excited to know Rachels's soon to be fiance and hope to see more twists and turns on the show.

Updated: The show has recently finished its first part and now the top 12 contestants are left on the show and for all the fans of the show we have listed the name of top five men who might have a chance to win.