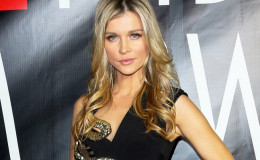 Joanna Krupa is the super-hot Polish model and reality television personality, known for her appearance on hit reality show, The Real Housewives of Miami.The former Playboy model recently got out of a troublesome marriage with businessman Romain Zago, finalizing the divorce in August this year

Joanna Krupa is the super-hot Polish model and reality television personality, known for her appearance on hit reality show, The Real Housewives of Miami and let's not forget to mention her fascinating curvaceous body.

The former Playboy model recently got out of a troublesome marriage with businessman Romain Zago, finalizing the divorce in August this year. And now, the sexy 38-year-old is back in the market, heating up the media. Although there are no rumors of her dating anyone, could she be spicing up the romance with anyone secretly? Let's find out!

The Dancing with the Stars starlet, Joanna Krupa is single these days and looks like she's not ready to mingle! The model revealed about her secret dating life back in October while looking ravishing at the Cinefashion Film Awards in LA.

The actress stated that she's focused on her work, just trying to move on after the divorce, adding that she's not ready to date anyone.

Reading material for the travels ahead #cats #kotki #atlaskotów

"Honestly, right now I’m trying to focus on work. I just feel like men in Hollywood are looking a trophy wife.It’s really hard to get to know somebody, to get to know you for you. So I think Hollywood is a tough dating city. I think I’m kind of over it for right now and I’m more focused on work to see where that takes me and if prince charming comes along, great. But I just feel like it’s really tough in L.A."

Her last lines, "it's really tough in L.A." signals that she might be dating someone off the coast, but we hope she soon finds the right man for her." 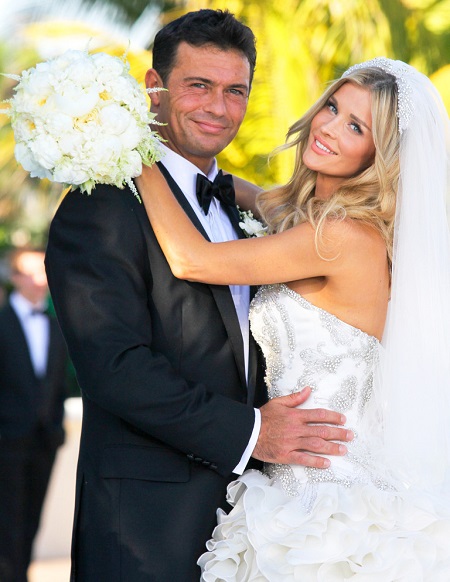 Joanna was married to her longtime beau, businessman Romain Zago back in June 2013. The pair got engaged in 2010, secretly and later revealed the big news in May the same year. Romain is an established businessman who owns Mynt Lounge, a club in Miami and they were together for more than four years before getting married.

Their happiness, however, didn't last that long as Joanna filed for divorce from husband Romain, citing irreconcilable differences and finally got divorced on 17 August 2017.

Achieving the higher level of fitness doesn't happen overnight and who knows this better than the fitness diva, model Joanna Krupa. Apart from her acting and modeling, she's famous for her intensive workout session. She does Pilates at least four times a week and workout with her trainer every single day.

Among her cardio workouts, she loves doing kettlebells, kickboxing and stability ball and either she's at home or work or even on a vacation, she never misses a chance to stay active and do exercises. Her toned thighs are the result of lunges and crunches which she prefers doing after cardio.

Not only this, for a healthy body, she follows a strict diet plan. The stunner starts her day with a healthy nutritious breakfast with fruits and cereals, drinks Acai juice in the morning, which is a great antioxidant. She prefers low-fat meat, lean meat like chicken and fish for her meal and avoids eating alcoholic beverages. Being a strict animal activist, the actress revealed that she's thinking of going on vegan! 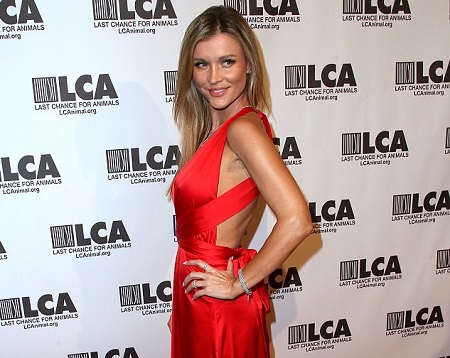