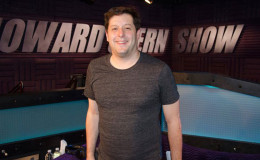 Not many people are enjoying a delightful professional as well as personal life but comedian Anthony Atamanuik is certainly enjoying both of them.

The TV actor doesn't seem to talk about his marriage life very often but we can clearly say, he is quite lucky to have, Flossie Arend, as his soul mate for the rest of his life.

Today in this section we'll be taking a dive into his hidden personal life and be up close and personal with the star.

It's no surprise that a person who makes other people laugh will definitely have a good life going on. Such is the case of our beloved, Donald Trump impersonator, Anthony. 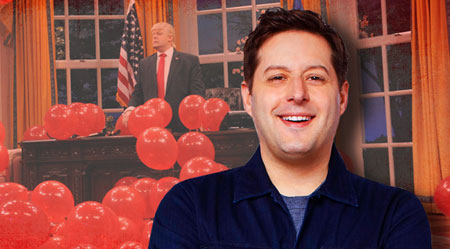 Anthony while posing for a photo for his show, Source: Uproxx

Many of you know about him from the show, The President Show. He does a fantastic job of impersonating the current President of the United States.

Despite his massive popularity, the actor likes to lay low when it comes to keeping his personal life behind closed curtains. If it wasn't for social media, we would never know the actor is happily married.

He and his girlfriend, Flossie tied the knot on 30th September 2016, in a small yet intimate ceremony. Recently his wife wished him on their wedding anniversary. She tweeted the big news.

We're sure many of his fans were unaware of the fact that he is a married man but the tweet confirmed it. His wife also shared a beautiful picture of them together on their Anniversary day.

@jlucas85 made us cake pops for our anniversary cuzzzzzz she's the best? #Rhinebeck2017 #Batman #GreenLantern

In the picture, the couple is holding cute little cake pops which were prepared by their close friend, J Lucas.

His wife runs her own website and she works as a writer and editor. In the website, she also added that she likes to read books and do some knitting.

The couple is very much active on social media and often tag each other on their respective post. Whenever the comedian is free from his Comedy Central show, he often hangs out with his wife. 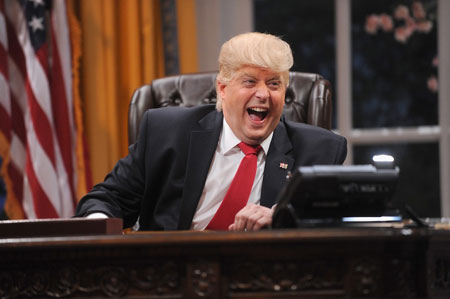 Anthony is famous for enacting the role of Donal Trump, Source: Splitsider

The couple doesn't share any children between them. They must have planned about increasing the size of their family and for now, they are happy and spending most of their time together.

A necessary step in order to have a delightful marriage life. 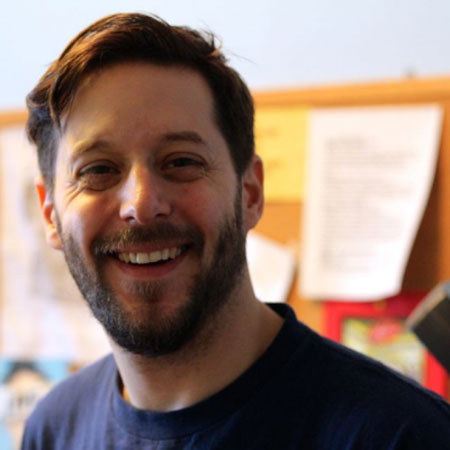