Home Article Who are Tom Brady's Kids? Everything to Know Here!

Who are Tom Brady's Kids? Everything to Know Here! 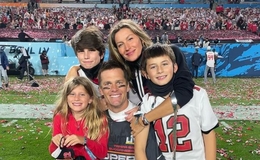 Buccaneers' Tom Brady shares one son with his ex and two kids with his wife Gisele Bündchen: Complete story here!

Deemed one of the greatest quarterbacks of all time, Tom Brady has long retained the title of a heavyweight in the NFL world. Standing testament to his stellar career is Brady's highest score in almost every major quarterback record, including touchdown passes; games started, completion, and passing yards. The Tampa Bay Buccaneers star's career and personal life have been hitting a rough patch recently, with Brady wrapping up a tumultuous offseason and his marriage with Gisele Bündchen falling apart.

Born Thomas Edward Patrick Brady Jr., on August 3, 1977, in San Mateo, California, he played college football at the University of Michigan, where Brady didn't have the best start, but after a few years of mentorship under coach Greg Harden, who Brady credits for helping him in life and sports, the rookie quarterback began to have an excelling collegiate career. Brady was a sixth-round pick in the New England Patriots, where he spent his first 20 seasons. Besides his stellar stint in the NFL, the San Mateo-born also enjoys a gleeful life, not devoid of problems, of course, at home with his wife and their two kids.

Who are Tom Brady's Children?

Brady is a father of three, and the quarterback takes much pride in his role as a dad. Tom, his wife Gisele, and their three offsprings aren't usually the ones to spark headlines, but ever since Brady and Bündchen's rocky marriage came to the limelight earlier this week, the quarterback's personal life has been gaining traction. Brady shares two kids with his wife and his oldest son with his ex-partner Bridget Moynahan. 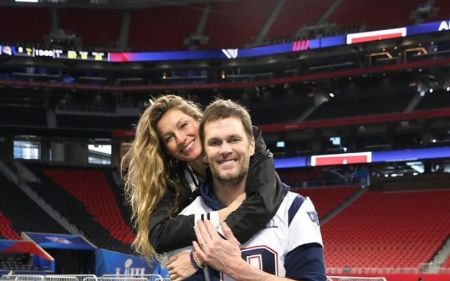 Brady's oldest kid, John "Jack" Moynahan, couldn't have come to the world at a more wrong time. Brady had already moved on with the Brazilian model following his split from actress Moynahan in 2007 when the news of his ex-girlfriend's surprise pregnancy rocked Tom and Gisele's world. The model-turned-businesswoman has, however, happily embraced her role as a stepmom to Brady's son.

Here's a video of Tom Brady's kids cheering him on his first game of the season!

Bridget, who dated Brady from 2003 to 2006, says they have created a perfectly blended family. "We both found partners that not only supported us in raising that child but also loved our child as if he was their own," said the Blue Bloods actress. Bridget is married to businessman Andrew Frankel. Brady's oldest, Jack, 15, is seemingly following in his father's footsteps. Brady's past interviews reveal his son as having a penchant and knack for the sport. Jack reportedly started his first job as a ball boy for the Buccaneers last year. 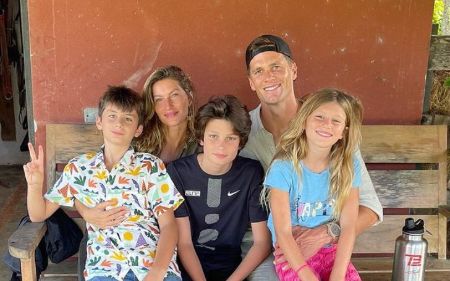 After almost two years as a father and Gisele, a bonus mother to Jack, the couple welcomed their first son together, Benjamin Rein Brady, in December 2009, ten months after their intimate wedding in February. 12 now, Benjamin, as insinuated by his parents, is the complete opposite of his older brother. The middleborn is not into sports and certainly not into learning about it just for his dad's happiness. "I was like, 'C'mon, let's do this.' And he was like, 'Nope,'  Brady recalls.

The Buccaneers star player and his wife welcomed their thirdborn, a daughter they named Vivian Lake Brady, in December 2012. Aged 9 now, it's still too early to presume Vivian's liking and skillsets. Although Brady loves being a boy dad, the NFL star admitted that his daughter brought out a better side of him. "That little girl owns my day-owns my life," the father of three had gushed.

Brady and Gisele have had their ups and downs, and a recent report suggests that the pair are going through a tough time once again. As per insiders, the couple has been living separately for months. While many speculated the cause to be Brady's sudden decision to unretire and go back to the field after a brief retirement, sources say the NFL player's career decision has got nothing to do with his relationship with the Brazilian model. 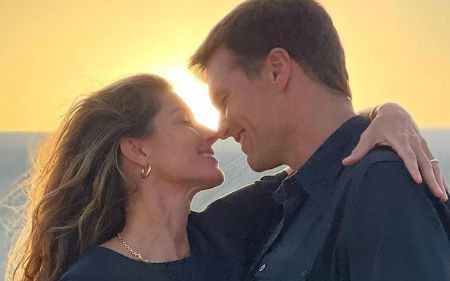 Brady and Gisele have been married for more than a decade. SOURCE: Instagram

The now-estranged pair met through a mutual friend in 2006 and shortly fell in love. As per Gisele, it was "love at first sight." "I knew right away, the first time I saw him," said the model in an interview. The couple made their relationship official in early 2007 when the first roadblock came their way. Brady's ex-girlfriend, Bridget, was pregnant, which was not an ideal situation for the budding couple. Gisele and Tom pushed through nonetheless.

Bündchen has written and spoken extensively about her bonus child and how he changed her. "He made my heart expand in ways I didn't know was possible," she wrote in her memoir. The NFL star and the model announced their engagement in January 2009 and said their I do's a month later in February. "We planned it in like ten days, and it was perfect," Brady said. Following their intimate but legal wedding in Santa Monica, the high-profile pair organized swanky nuptials in April of the same year. 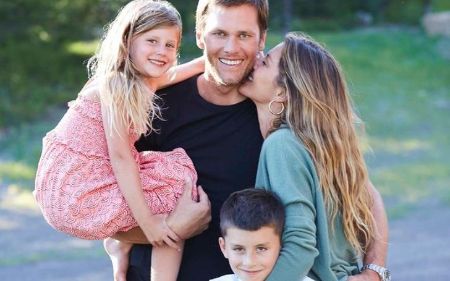 Brady and his wife Gisele have reportedly been living separately for months. SOURCE: Instagram

Brady's wife, Bündchen, 42, was once one of the highest-paid models in the world. The Horizontina-born fashion model walked the Victoria's Secrets ramp from 1999 to 2006. Often credited for ending the heroin chic era of the fashion model, Bündchen has since branched her career into music, acting, and business.