Tony Stewart's Longtime Girlfriend Pennelope Jimenez Is Now His Fiance Or They Are Already Married? 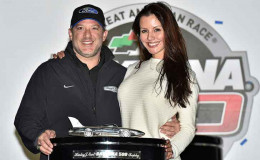 NASCAR team owner Tony Stewart is already off the market!

Tony Stewart has been in a relationship with Pennelope Jimenez for a long time and they are finally engaged. Stewart took the occasion of Thanksgiving and proposed the former Playboy Playmate in 2017.

After dating a number of ladies in past, it seems Stewart has finally encountered his soulmate. They are truly dedicated to their relationship and we are waiting for them to announce their wedding date soon.

It seems the couple is going on so strong in their relationship that we may get to see them getting married anytime soon. 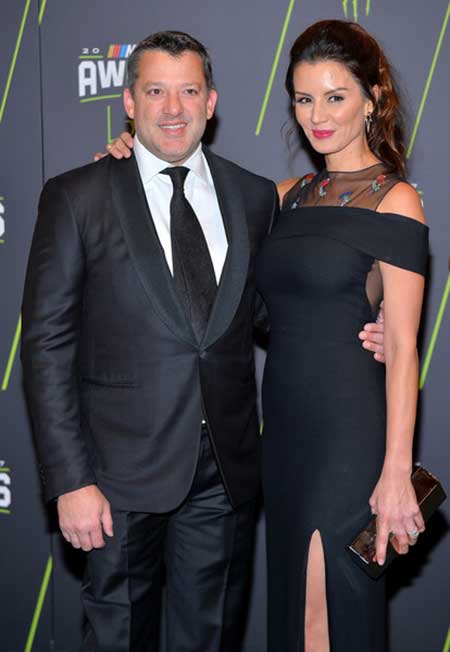 The three-time Monster Energy NASCAR Cup Series champion shared the news of his engagement with Jimenez via a Twitter post on Thanksgiving Day. He uploaded an image of his girlfriend flaunting the amazing diamond ring indicating he'd proposed and she said 'Yes'.

Current and former NASCAR drivers congratulated Stewart via Twitter. The one written by Dale Earnhardt Jr. was pretty hilarious.

Tony Stewart has taken up cycling and gotten engaged. pic.twitter.com/BdIWRRMaNp

The proposal came shortly after a woman was arrested for threatening and stalking the Stewart-Haas Racing co-owner. The woman is in custody and sources reported that she's facing multiple charges after all her criminal charges surfaced.

Things took a negative turn when Stewart refused to give her an autograph at a racing car event in 2016.

Both Stewart and Jimenez appear on each others' Instagram posts and the amazing bonding between them is crystal clear.

We are heading forward to see the two getting married soon!

Tony Stewart's Past Affairs And Relationships

Previously, Stewart dated Krista Dwyer. The couple went in again off again in their relationship between 1997-1999.

Some sources reported that the couple announced their engagement on 13 May 1999 but their relationship couldn't move further. They broke up in 2002. 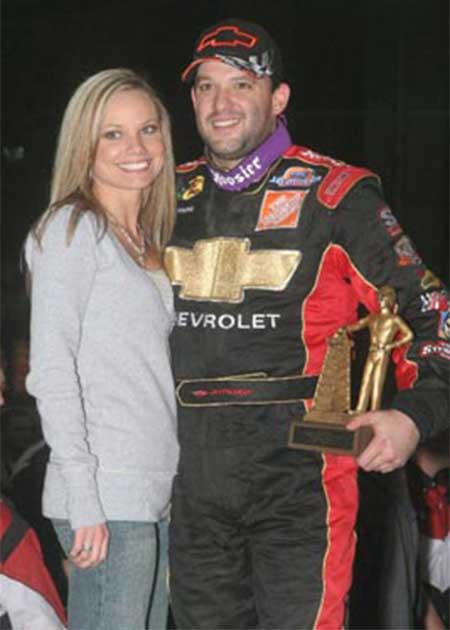 The same year he broke up with Dwyer, he dated model Jamie Schaffer but they broke up in 2004.

As per the gossip mongers, he and Tara Roquemore, the daughter of a former racetrack driver became an item in May 2006. Rumors about their affair surfaced when they were spotted together publicly on multiple occasions.

But something went wrong between the two and they broke up in 2008.

Stewart and Jessica Zemken were once the hottest couples on NASCAR. It's not clear when the pair started dating but it is believed that the first met at the racing tracks. 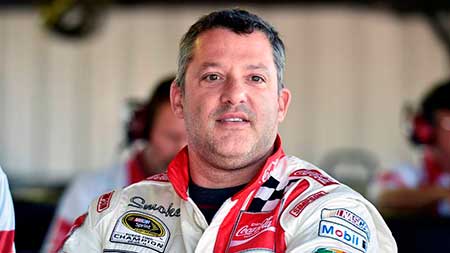