Home Article Tori Spelling; know about her Married life with Husband Dean McDermott including her Children and Divorce Rumors

Tori Spelling; know about her Married life with Husband Dean McDermott including her Children and Divorce Rumors 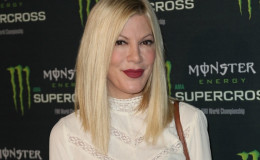 Wanna know about the married life of Tori Spelling with Husband Dean McDermott?? Know all here including her Children and Past Affairs and Divorce

Beverly Hills 90210 actress Tori Spelling is currently living a blissful married life with husband Dean McDermott, the couple also shares five children together but their journey was not easy.

After facing several ups and downs they have come to this place so, what is the story behind their relationship. Find out here!!!!!

Tori and Dean whose affair started in July 2005 married on May 7, 2006. They were Hollywood's most loved couple and everything seemed so perfect between them until in 2013 when Dean's dirty secret relationship with Emily Goodhand was exposed.

The incident tore off the image and the relationship of the pair. They were also rumored to be getting a divorce. 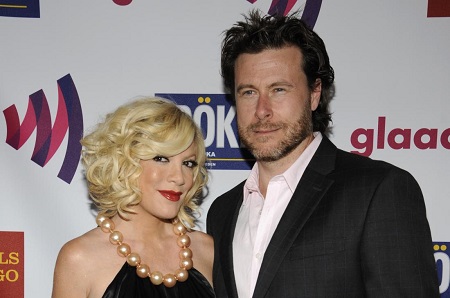 The couple, however, managed to stick with each other, as Dean decided to go on rehab to overcome his addiction to s** as reported.

Although the emotional damage was done, Tori's love for Dean won over the issue and decided to start a new story with the same man as she reported:

"Everyone was saying, ‘Divorce him! Why is she staying with him? That is weak'. But my gut instincts just shut it all out, and I said, ‘I love this man. If there is a way to work it out, I want to try to do that'. The relationship as we knew it died. We had to bury that and start new."

Later on, their relationship again faced a problem when Dean blamed Tori for bringing their personal issue out in the world. Izzie's Way Home actress in 2014 mentioned that Dean was an alcoholic and had to be placed on psychiatric hold as he was on the point of suicidal but this time also they managed to stay together.

Then on March 2, 2017, the duo welcomed a baby boy, Beau came up to be the savior of their marriage. The fifth child has now again bloomed the flower of happiness in Tori's family as they are now living happily together.

Besides Beau, Tori is also a mother to other four children. The couple first child was born on March 13, 2007, Liam Aaron McDermott and later on June 9, 2008, they welcomed Stella Doreen McDermott.

As of now, the couple is happy together. According to the statement of Tori, they are going well than before and are in deep love than ever. 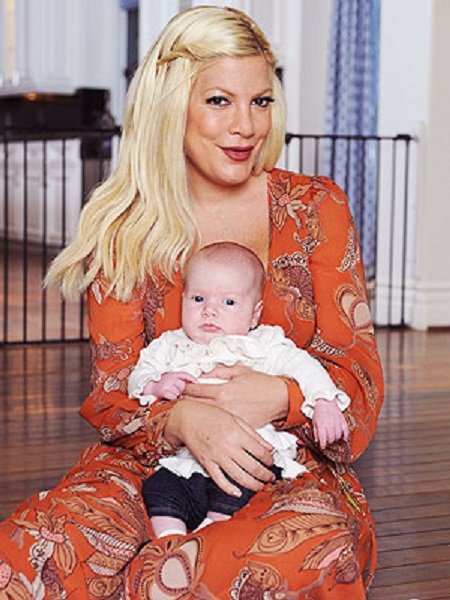