Home Article Watch out, ladies!! America's popular hip-hop star, Travis Scott is possibly single. No news of having a girlfriend

Watch out, ladies!! America's popular hip-hop star, Travis Scott is possibly single. No news of having a girlfriend 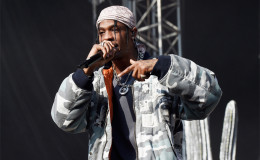 Travis Scott is currently single and not datinga anyone. He had an affair with Rihanna and model Karauechhe Tran.

This young heartthrob has established himself as a pro hip hop artist and rapper in the music industry. His work including Cruel Summer, Own Pharaoh, Birds in the Trap Sing McKnight has impressed us all but what about his personal life? Is it pretty impressive too?

Has he ever swam in the dating pool or is he still single? The answers are right with us.

Although the rapper has remained under the radar, his personal life and dating history is something you guys should not miss out.

So, let's dive in to know all the facts about the talented artist in today's section. 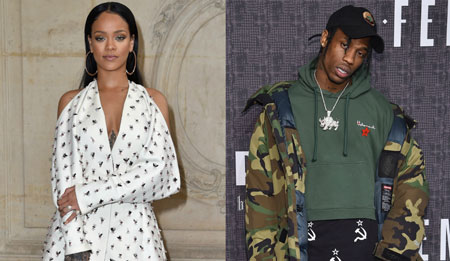 Travis Scott and Rihanna rumored to be dating, Source: Inquisitr

However, after much speculations, sources confirmed that Rihanna and Travis Scott were a couple. The duo sparked romance in early 2015, after her stressful and controversial split from the former boyfriend, singer Chris Brown.

The pair was spotted multiple times, hanging out together at A-list parties and events that raised a lot of eyebrows in the media. 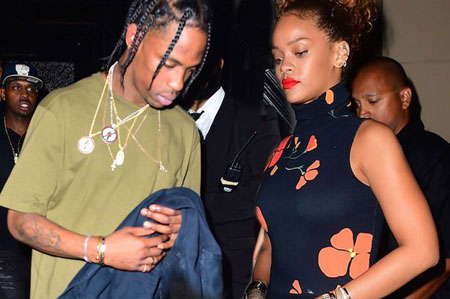 Travis and Rihanna spotted leaving a hotel together, Source: Mirror

The rumors were confirmed by one of the inside sources who revealed that the two were officially dating each other.

#Rihanna and her friend #TravisScott boo'd up at a club in Paris...

They were again spotted together, four times in a week at Roc Nation's block party in October 2015 and without any hesitation, the pair were smooching and getting close. 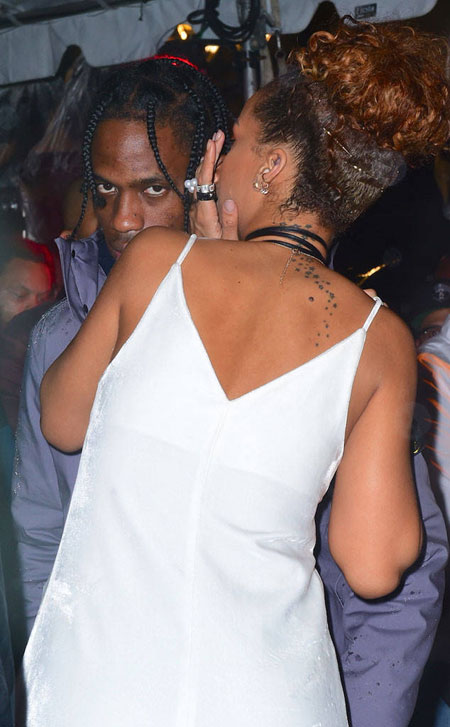 Rihanna and Travis getting close at an event, Source: E Online

The 30-year-old This Is What You Came For hit maker, Rihanna was also dating the singer, Drake but their relationship was going on and off.

But at the end of 2015, Rihanna split with Travis and reunited with Drake that ended the relationship of Travis and RiRi.

Travis was rumored to be dating model Karrueche Tran 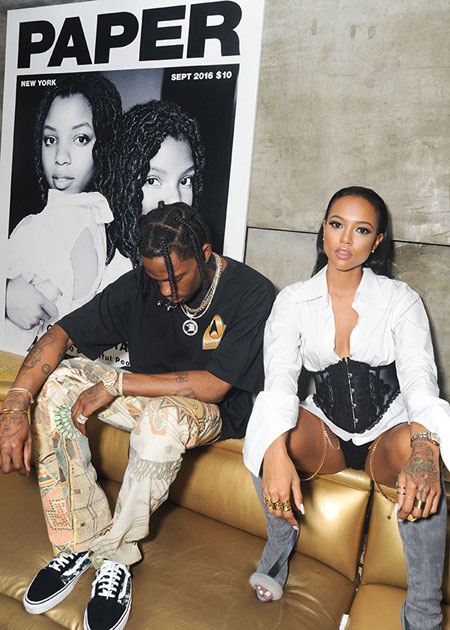 Sources reported that Tran and Travis were caught getting close at a fashion event for Vera Wang that was held on September 12, 2016.

Media Take Out also reported that they were "kissing and hugging" in the VIP section of the event that caused quite a stir in the media last year.

The media also took the attention about how the alleged couple is ex-lovers of famous singers, Chris Brown and Rihanna, who once dated for quite a long time.

However, a rep for Tran confessed that the rumor is not true, so apparently, they are not dating.

Rapper Scott is single: No signs of him dating anyone

The Texas-born singer and rapper Travis is as for now, single and has not been rumored to be dating any beautiful models or singers.

Although he was linked with famous personalities, he's never confessed whom he's actually dating, so this still remains a mystery. 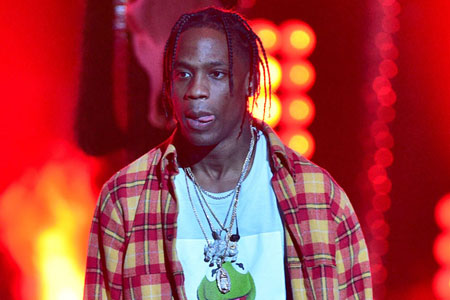 Travis Scott at one of his concerts, Source: The Zimbabwe Mail

Last year in September he released his album Birds in the Trap Sing Mcknight which ranked number one on the Billboard 200.

He also signed a worldwide deal with Universal Music Publishing Group and working on his next big project that would soon be released.

U make me hungry

Here's a video of Travis Scott on an interview talking about his new album, Kid Cudi, and Cruel Winter.

We really hope that he soon finds out the love of his life and wish him best wishes for his future endeavors.