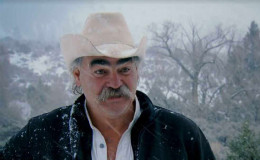 The TV Personality Marty Raney Has Four Children After His Longtime Married Relationship With Wife Mollee Roestel. The mighty man of Alaska didn't leave his home although made fortune.

In the modern world, most of the people from the countryside tend to relocate their home to the cities. Yet the survival expert Marty Raney thrives in the beauty and wilderness of aloof Alaska. He climbed Mount Denali in 1986 with his wife and kids and helped many of Alaska's people, rescuing them from severe injuries.

Marty Raney is best known as a mountaineer, a singer and also a songwriter. Exploring Alaska since 1974, the actor makes his fans wonder about his personal life. Know about the Alaskan King marital life with his wife and kids and his struggle in Alaska including his net worth!

The 62 years old TV actor Mart Raney is a married man and happily living with his wife and kids in Alaska. Mart Rany got hitched to his longtime girlfriend Mollee Roestel in 1974. 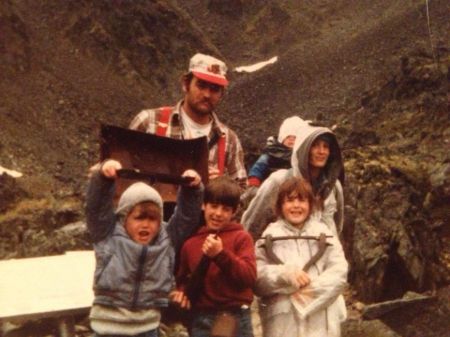 Marty Raney with his wife and kids during an expedition
SOURCE: Marty Raney

The dad to four children is married to his sweetheart for over four decades now. Despite being united as a life partner for a long time, neither of the parties involved in any kinds of an extramarital affair and divorce rumor. The cupid still seeks one another's a company like they did in the past.

After marrying his wife Mollee, the duo moved to a secluded homestead in Haines. Since then, the duo together shares four children; Melanee, Miles, Misty, and Matthew.

He faced many sufferings during the time of the birth of his children. Mollee gave birth to their first child, Melanee, under very tough circumstances. During the time of labor, she ran an emergency transfer through airplane to Whitehorse, Yukon Territory.

In addition, their relationship also gave birth to their second and third child, Miles and Misty in Sitka, Alaska. Last but not least, their youngest son, Matthew was born in Anchorage, Alaska.

Also, Read: TV Actor Sal Vulcano's news regarding his wife, girlfriend or any affair is still a secret: People have started the rumors of him being gay

Challenging to live in Alaska, he seems so happy and proud. For instance, he loves his land and beauty it holds and it clarifies through his statements;

“Some people have an adventure of a lifetime; in Alaska, I’ve had a lifetime of adventure.”

With all his children less than 10 years, the family went to an expedition through the dangerous Chilkoot Pass climbing the tall Denali mountain. Denali, also known as Mount McKinley in 1986, took the lives of 100 mountaineer at that time.

Later, Mart started an expedition to Denali Mountain as a guide so that the mortality rate decreases. As of now, all his children have married and gave the pair, the honor of being grandparents.

Even more, Raney's children Misty and Matt are both regular cast members of Homestead Rescue. Nevertheless, the two aren't only children that the reality star has. Marty and his spouse had two more children before Matthew and Misty. The family had already lived entire lives surrounded by vivid obstacles. Thus, they've all learned to survive and grow with each other.

Mart Raney' Career And Net Worth

Mart Raney made a fortune staying in Alaska. The initial guide later became a TV actor which adds up to his earnings. As of now, Mart Raney's estimated net worth is $1 million. He enjoys a handsome salary of $79k from his job. He leads the TV show Homestead Rescue on Discovery Channel. 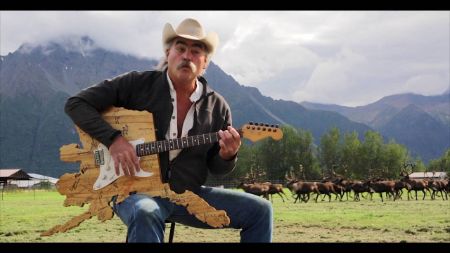 Above all, Marty began on his journey to settle in Alaska back in 1974. Raised in North Bend, Washington his desire for living in the wilderness made him quit school. Just at the young age of 18, he relocated to reside in the logging camps of South-east Alaska.

You May Read: America's highest paid TV actor, Jim parson is at the highest peak of his career; Know about his dating history, affairs, and his relationship

Besides, Mart's keen desire for music made him the first person to play guitar on the top of Denali. He mostly plays folk music and even released many songs.

In addition, the multifaceted personality became a part of fil industries. Marty appeared in movies like Spirit of Alaska, Surviving Denali, and Han Denali. 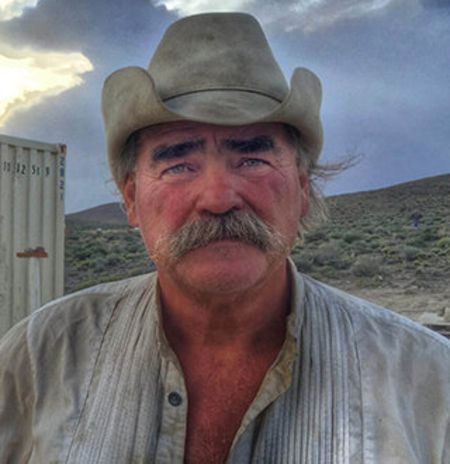