Home Article TV Actor Sal Vulcano's news regarding his wife, girlfriend or any affair is still a secret: People have started the rumors of him being gay

TV Actor Sal Vulcano's news regarding his wife, girlfriend or any affair is still a secret: People have started the rumors of him being gay 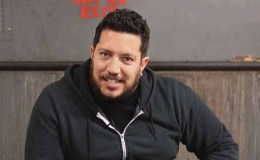 If you are a regular visitor of the show The Impractical Jokers then surely you must have seen Sal Vulcano, who is the main highlight of the show just because of his comedy timing.

He has been single for a long time and many people are also speculating that he must be homosexual. Sal has himself admitted that he is gay on National Television.

But what is his real orientation and if he is straight then why has he stayed single for a long time. Let us find out.

Sal Vulcano: Is He Actually Gay?

Yup, you read it, right folks, Sal has admitted that he is gay in front of many audiences and his best friends James Murray, Brian Quinn, and Joe Gatto. 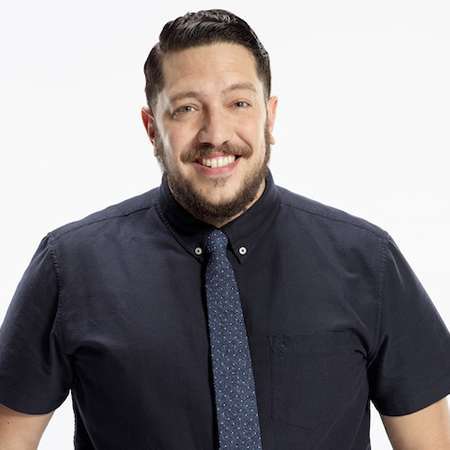 The incident happened during an interview session of the jokers on the talk show on TruTv.

"I'm not really gay, I just said that to get Murr comfortable enough to come out." 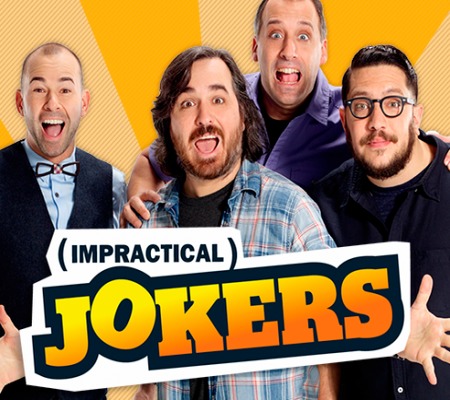 But in the end, it was all just a joke, just so that Joe would admit having sex with Murray's ex Therese and after he confessed about this, Brian then told all of them that Therese was once Terry and he is a man.

Well, you guessed it was all just a joke to entertain the audiences.

And to confirm that Sal's not gay, Joe tweeted about what make's Sal happy and he openly said, Women.

Married But Still Not Married: Dating a Girlfriend?

Okay, so everyone knows that Sal is the most entertaining one on the show Impractical Jokers and we should not take many of his words seriously and same goes for his tweet about his wife. 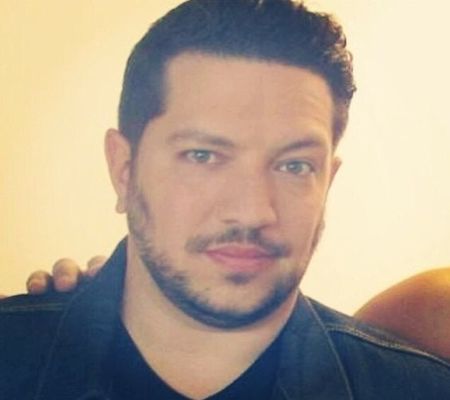 Though he is one of the cutest comedians out there and girls are just a very big fan of his sense of humor. Now we all know that to impress a girl you must make her laugh.

And the 42-year-old is a born comedian so one can easily make out that why he has a lot of female fans rather than male fans.

But once tweeted about his wife on his Twitter account, and it instantly shattered the hearts of many female fans as well as male fans. 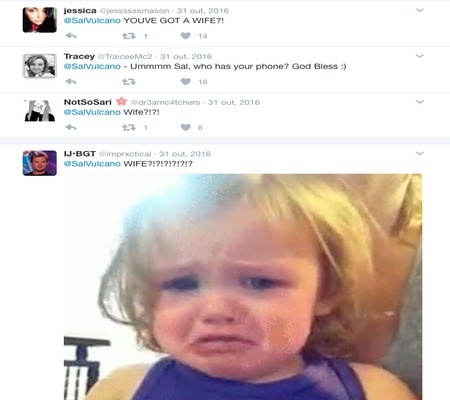 Now you will think that the female fan's heart is broken we can understand but why do male fans are also upset about the news?

It seems due to his nature of keeping his personal life very private, he has never revealed anything about his relationship with someone. No one knows whether he's secretly married or the story is something very shocking.

So apparently many of his gay male fans think that he is also gay and that is why all of them were also upset about the news.

The Sense Of Humor Runs In The Family

It is often said that we inherit the majority of our personality from our parents and all the siblings share the same personalities.

Well, many of you may not know that Sal has a baby sister named Jenna Vulcanoand might we say she is hot, not to mention she has a great sense of humor just like her older brother. 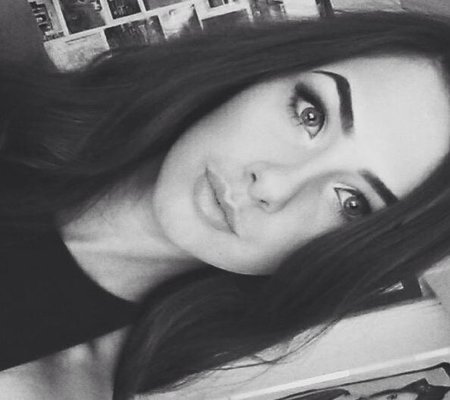 She has uploaded a very old picture of her family and her brother going for a stroll.

Baby J-Rose & Dana!! (When pink was in my wardrobe )Talk about a throwback!

She also has a great sense of humor and we can say that just by looking at some of her Instagram's post. She has a boyfriend but she has also admitted to marrying someone.

Jenna has appeared in one of the episodes of the Impractical Joker in which she married Murray. She has also uploaded a picture of her boyfriend and her on-screen husband together which is very funny, to say the least.

Looking at all the pictures we can clearly say that the sense of humor really runs in Vulcano family.

Staying single for a long time is pretty strange nowadays and people would straight-up start to judge your sexuality. But Joe has proved it once in for all that Sal is not gay.

Even if Sal is gay then he would have definitely come out and told all of us. He is not the shy type as we all know. 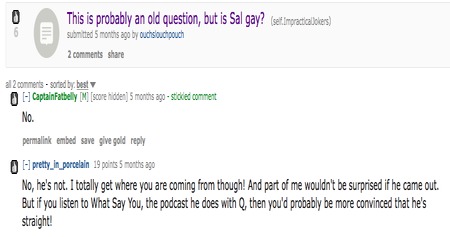 Many users in the Reddit has also said that he is not gay and we can say that it was all true as Reddit is one of the most reliable websites around.