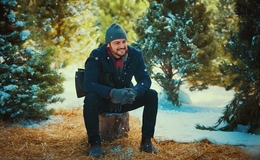 Canadian actor Tyler Hynes is talented, good-looking, and down-to-earth. And, that definitely explains his thousands of fans & social media followers. But, is Hynes taken, or is he yet to find the love of his life?

No lie, the handsome Tyler Hynes had us drooling over him for his appearance on the Hallmark Movie, Winter in Vail where he played the lead role of Owen. Needless to say, Hynes made great onscreen chemistry with his co-star Lacey Chabert. 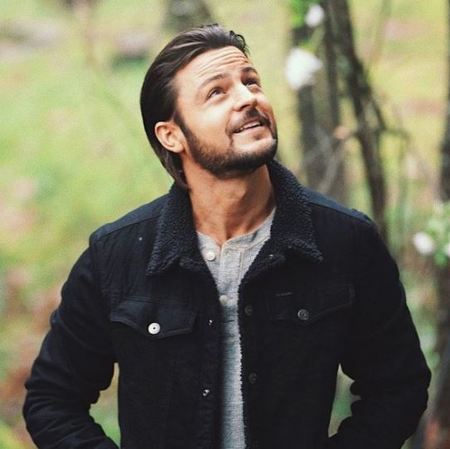 Actor Tyler Hynes is best known for his role in It Was Always You. SOURCE: Instagram (tyler_hynes)

But, could there be a chance that Tyler might be romantically pursuing his co-star in real life too? Well, Hynes and Chabert would definitely make a great couple together, but the duo is not dating whatsoever.

So, who is Hynes dating? It's safe to say that the Canadian actor rarely wants to shed the light on his private life with the public. However, there was a time when Mr. Hynes got candid about his personal life.

Back in 2018, Hynes confirmed that he was taken in an interview for My Devotional Thoughts with Ruth Hill. Well, the filmmaker mentioned that his girlfriend had logged into his Twitter to share that he had gained a massive number of followers.

And, it looks like things are still going great for Hynes and his partner, although the lovebirds are yet to be engaged and married. But, from watching his films, Hynes will make a great husband for sure.

Actor Tyler Hynes comes from a religious background and attended Mother Theresa Catholic School in Russell where he was born and raised. And, for his high school, his parents admitted him into St. Francis Xavier High School and North Dundas High School. 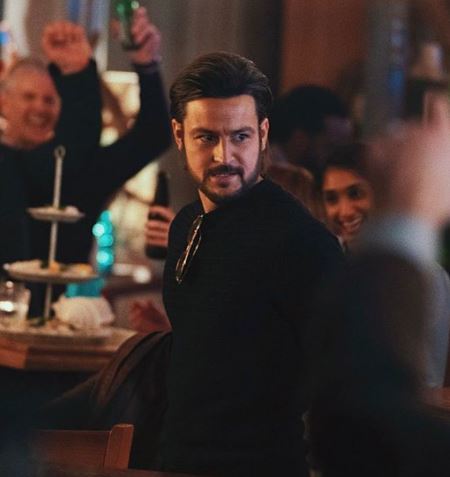 Canadian actor Tyler Hynes on the set of It Was Always You. SOURCE: Instagram (tyler_hynes)

Besides, Hynes was brought up in a 60-acre ranch in the countryside of Ontario along with his elder brother named Brandon Hynes. Not to mention, Andrew Walker from Sabrina the Teenage Witch is the husband of Hynes' cousin, Cassandra Troy.

And, Hynes was fascinated by the movie world since he was young. As a matter of fact, Hynes had been acting since he was only seven years old. And, at the of 12, Hynes debuted with his first onscreen role in The Mystery Files of Shelby Woo.

Now, affiliated mostly with Hallmark Movies including It's Christmas, Eve, The Mistletoe Secret, and Flip That Romance among others, Hynes has worked on Saving Hope, Letterkenny, The Girlfriend Experience, Betty & Coretta, It Was Always You, Star Trek: Discovery, and Heartland.

Likewise in February 2022, it was reported that Tyler Hynes would be starring in a lead role for the next Hallmark film titled Always Amore where he co-stars opposite Autumn Reeser and Patty McCormack.

Born in 1986, the Canadian actor clearly came a long way with his acting career. Hynes celebrates his birthday on 6th May which makes Taurus his zodiac sign. Fans can follow Hynes on Instagram and Twitter where he regularly updates his fans with his whereabouts.