Home Article Who Is Tyra Banks Dating? Inside Her Love Life

Who Is Tyra Banks Dating? Inside Her Love Life 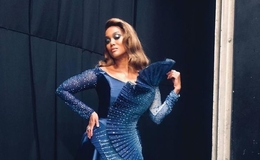 Inside Tyra Banks' short dating history: The supermodel is in a rumored relationship with Louis Bélanger-Martin: Complete story here!

Now a prominent television personality with credits in America's Next Top Model, America's Got Talents, and her eponymous Emmy-winning talk show, The Tyra Banks Show, Tyra Banks previously retained more star power as a supermodel. Banks carries more heft when compared to other supermodels, for she was the first Black woman to grace the cover of Sports Illustrated's Swimsuit Issue and GQ. She had a long stint, from 1997 to 2015, in the Victoria's Secret Angels.

Tyra Lynne Banks, 48, is a native of Inglewood, California. Tyra has had trailblazing success in the fashion industry, but for the determined Banks, the said conquest was never the end goal. After catapulting to become one of the best-known Black models in the world, Banks has branched her career into acting, television, and entrepreneurship. At 48, the model is a mother of one and has had a few high-profile relationships and several rumored romances.

Banks might be loud and proud about her accomplishments and other ventures, including her upcoming theme park, ModelLand, but the supermodel likes her love life on the low and definitely knows how to keep it away from the media's reach. The America's Next Top Model star is dating Louis Bélanger-Martin, an entrepreneur, but neither Tyra nor Martin seem ready to be more upfront about their romance. 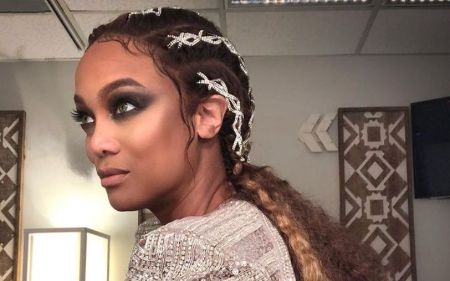 The pair have been dating for quite a while, although the rumors of their romance only peaked when Banks took over as the new host of Dancing with the Stars in 2020. Tabloids trail their relationship back to 2018. As a matter of fact, the television show host and the entrepreneur started living together in 2018, but since Louis is always on the move for businesses, the pair have managed to keep their live-in status under wrap.

Banks hasn't proclaimed Martin as her man, but as per sources, the people in Tyra's close circles are well aware of the twosome's budding romance. Banks and Louis were rumored to be engaged in 2020 when Banks was spotted wearing a diamond ring. A source shared how the pair "were very much in love," and marriage was on the horizon. The 48-year-old model was however quick to take charge and call out the press for cooking stories. 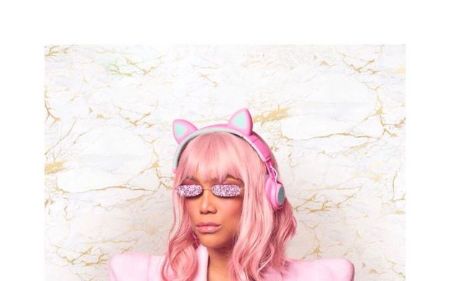 Banks was rumored to be engaged to her boyfriend, Louis, in 2020. SOURCE: Instagram

"It is not a crab opal engagement ring. It is just a ring," Banks said, adding, "The press gets it right sometimes, but a lot of times, they're bored." Banks' semi-public relationship with the entrepreneur is her first significant relationship since her split from Norwegian photographer Erik Asla in 2017. The former couple shares a 6-year-old son, York Banks Asla, born via surrogacy in 2016.

In her thirty years in the business, Banks has been involved in many controversies and has faced plenty of criticism, be it for her cancelable offenses or her mean moments on the AGT. But Banks' dating profile is a pretty clean slate. The model-turned-host hasn't dated many to start with and has done an excellent job keeping the ugly parts of a relationship; we figure everyone has some, out from the public's attention. 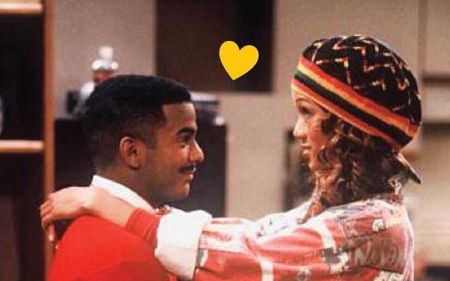 So when the rarely romantic Tyra delves into a new serious relationship, it's only natural that fans start wondering about her mystery man. Louis Bélanger-Martin is a high-profile Canadian entrepreneur and has held positions as a CEO and President of tech companies. Louis co-founded DTI Software and the private equity firm Group W.

It is also revealed that Bélanger-Martin has been married once and shares a 13-year-old son with his ex-wife Valérie Martin Scraire. According to close sources, Banks, Louis, and his ex-wife have formed a blended family. "Louis also spends some time with his own child in England and around the world for business," the insider said, adding, "Tyra's child has his own room at Louis [and] Valerie's house in Magog and Tyra moved some of her stuff—clothes, jewelry—there too."

Before Louis, Banks was in a relationship with photographer Eris Asla, with whom she entered her motherhood journey. The couple started dating in 2013 and became a family with the birth of their son in 2016. Although Tyra and Asla have gone separate, the estranged partners are still connected via work. The Sports Illustrated model's relationship with businessman John Utendahl remains her longest. 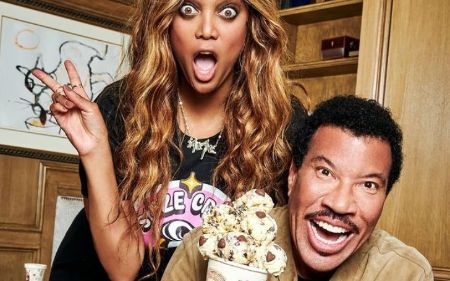 Tyra and Asla were in a relationship for nearly four years. SOURCE: Instagram

The pair were together from 2007 to 2011. At one point in their relationship, Banks even expressed her desire to become a parent to John. The America's Got Talents host had a similar serious relationship experience with NBA player Chris Webber from 2002 to 2004. Banks later hinted at Webber's infidelity as the cause behind their split. Tyra has been in a rumored relationship with singer Seal and her The Fresh Prince of Bel-Air co-star Will Smith.