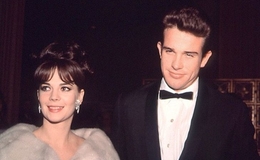 An Oscar-winning filmmaker and 15-time Academy-nominated actor, enough can't be said about the strikingly genius and controversial Warren Beatty. He is one of the most renowned actors of the second half of the 20th century. Beatty's best-known works are Splendor in the Grass, Reds, Bugsy, Dick Tracy, Bonnie and Clyde, Heaven Can Wait, and Rules Don't Apply. But only if a stellar work profile and a host of esteemed awards were everything a man needs to cement an invincible persona.

Henry Warren Beatty was born on March 30, 1937, in Richmond, Virginia. Beatty's multi-faceted career as an actor, director, screenwriter, and producer once earned him the title of Prince of Hollywood. The Oscar winner's marriage with the equally powerful Annette Bening also has been as enduring as his career, but enduring doesn't mean perfect and, in Beatty's case, scandal-less.

The Truth about Warren Beatty and Annette Bening!

Besides his feats as one of the best representatives of Hollywood, Beatty also carries the immoral title of a lothario, a legendary lothario, to be precise. In his heyday, Warren dated and was linked with more than 100 female celebrities, including Madonna, Diane Keaton, Carly Simon, and Julie Christie. But even the most crooked of men can be tamed when led by the right woman, and for the Oscar winner, the woman was actress Annette Bening. 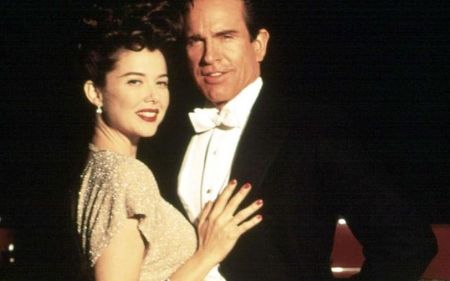 Warren Beatty and Annette Bening have been married for over 25 years. SOURCE: Instagram

As per the Bonnie and Clyde actor, he realized the imminent lifetime commitment and companionship approaching when he met Bening for the 1991 crime drama Bugsy. The infamous philanderer initially promised to steer clear of anything romantic with his co-star, but perhaps Bening and even Beatty knew that promise was going out of the door. "It took about ten minutes to fall in love with her, maybe five," Warren says as he recalls the dinner meeting with Annette that changed his life.

The couple, who played each others' love interest on the Oscar-winning Bugsy, translated the romance into real life and had a brief dating bliss before tying the knot in 1992. The actor/filmmaker had already established the image of a star who was unlikely to take a wife, hence, fans were taken aback by Beatty's surprise wedding. Beatty, however, delved into the lifelong commitment with calm and zero astounding. 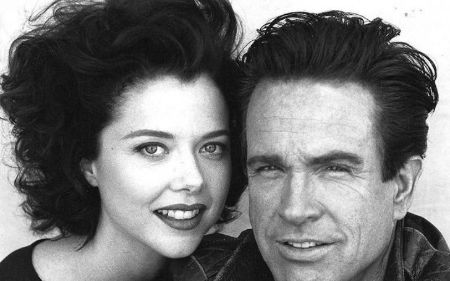 Beatty was an infamous philanderer before he met Bening. SOURCE: Instagram

"It didn't really surprise me," said Beatty. The Rules Don't Apply actor added, "I always felt I wasn't trying to avoid marriage. But I was trying to avoid divorce. I had no doubt when I met Annette that it was time to get married." Beatty even took a 15-year-long hiatus to enjoy a life out of the spotlight with his wife and four children, all of whom he calls his biggest prize possession. "That's bigger than fame, and it came not a moment too soon," Warren says of his family. 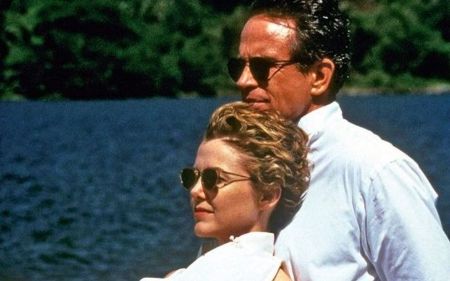 Warren took a 15-year-long hiatus to focus on his family. SOURCE: Instagram

Annette Bening, 64, is an Academy-nominated actress. Her best-known credits include The Grifters, American Beauty, Being Julia, The Kids Are All Right, and Captain Marvel. The couple's secret to a long-lasting marriage, it seems, is being spontaneous. "Every day she surprises me," Beatty says. Offering a concurring statement, Benning adds, "definitely, he surprises me — absolutely. He does the unexpected thing."

"I became a devoted husband and father 25 years ago, and I have to say they have been the most enthralling years of my life, with our four fantastic kids," the American Beauty actor had said. To protect his kids from the glare of the media, Warren went on to the length of taking a prolonged break from his stellar career. "It is a burden, I think, to have two parents that are well-known, so I completely respect their privacy," Beatty said. 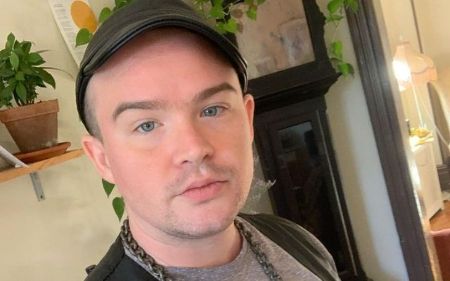 Warren and Annette welcomed their firstborn, Stephen Ira Beatty, in January 1992. Stephen came out as trans in 14 and began his transition the same year. Warren and Bening take much pride in Stephen's identity and have spoken eloquently about their son, who they call a "hero." "He's managed something that's very challenging with great style and great intelligence," Bening said about her son. Stephen is a queer activist, writer, and filmmaker.

The Beatty couple's secondborn, Benjamin Beatty, 27, has a few acting credits, including in Hail Caesar, but it is unclear if he is still in the acting business or pursuing out in his parent's footsteps. Warren and Annette's third kid, Isabel Beatty, 25, has dabbled in acting. With credits in 100 Girls Break Up With Us (2018) and Baggage (2019), Isabel is actively walking in her superstar parents' footsteps. The couple's youngest born, Ella Beatty, 22, has ventured into acting and is studying drama at the prestigious Julliard School.

Warren Beatty sued over an alleged "sex with minor" in 1973!

As Beatty continues to thrive in his legacy and stable family life, the actor's controversial past has come to haunt him once again. Warren was recently slapped with a lawsuit over alleged sex with a minor in 1973. The victim, Kristina Charlotte Hirsch, claimed she was a teenager when he met the Oscar winner. The suit accuses the actor of coercing a sexual relationship with the minor on multiple occasions.