Home Article Is Wendy Williams Married? Inside Her Relationship History

Is Wendy Williams Married? Inside Her Relationship History 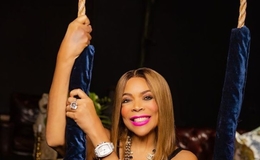 Wendy Williams has been married twice and shares a son with her ex-husband: Is she dating anyone currently? Complete story here!

Uninhibited to her fans and mean-spirited to the critics, Wendy Williams built her career speaking things other hosts refused to touch on. Before making it as one of the most successful female hosts, and one of the few representing Black Americans in the television business, Williams was a DC- and New York-based radio DJ and later a shock jockette. Wendy has been experiencing roadblocks in her stellar career since she took a leave of absence from the eponymous show last year.

With her uncertain hosting career and hovering health issues, Wendy has become a recurring name in tabloids. Not that her name strayed away from gossipmongers for long in the past, but it's safe to say that she'll be the subject of media-fueled discussion for a while. William has been candid about her tumultuous personal life and the broadcaster, aged 58, now, continues to spark more questions about her life away from the public.

Since her highly-publicized split from Kevin Hunter, Williams' love life has been under intense public scrutiny. The Wendy Williams Show host's honest and blunt nature isn't limited to her profession. The media maven likes to keep it open and honest. Judging from her recent interview with the New York Post, Williams is single and ready to be back in the dating game. Wendy gets surprisingly freaky in the interview and lays her readiness bluntly. 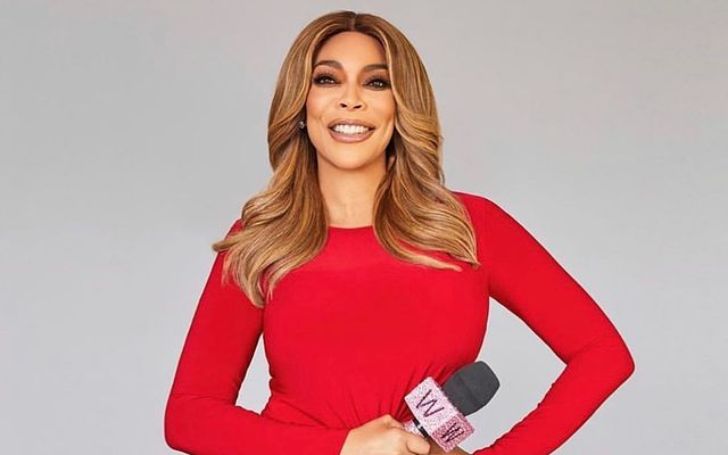 "I want to f*ck," says the 57-year-old. Williams adds, "A lot of girls at 57 don't care about f*cking. Excuse me?! I'm gorgeous — can I f*ck?" Amid her ongoing career woes and health scares, William's relationship status has remained single for a while now. She was rumored to be dating jeweler William Selby in early 2020, but the talk show host took it upon herself to refute the speculation. 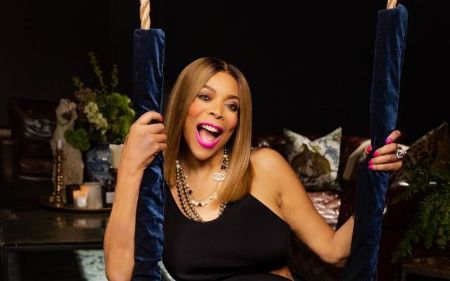 The talk show host was also linked with Mike Esterman last year. The rumors were fueled when Esterman appeared on Wendy's show segment Date Wendy and not long after, the two were spotted together. The couple reportedly went on a date but couldn't move beyond that. "I want to go back to New York. I'd love to get to know her more. She's just funny," Esterman had said while confirming the duo's brief dating rumor.

Despite Mike's green light to their potential romance, Williams turned down the interest and even the dating claims in her statement. "The headline is that Mike and I have broken up. Well, I didn't know Mike and I were together," the media maven said during her show. Wendy added, "Mike, he is a nice guy, but we are too geographically far from each other." The former shock jockette went public with a mystery man last year. 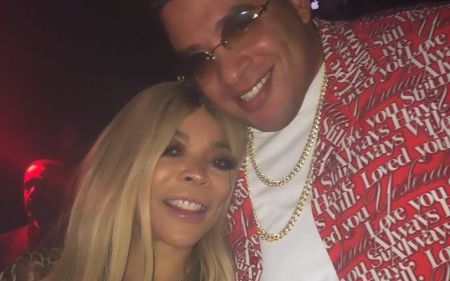 "My son's 21st birthday party on the yacht in Miami was everything he wanted," the doting mother of one wrote in a post where she debuted her new man. Williams added, "even my boyfriend." Given her woeful luck in love, fans were delighted to see the single mother of one back in the game. "You deserve all the happiness in the world," host Devyn Simone commented. But looking at Wendy's recent remarks, the broadcaster is back to being single.

As staggering and exemplary as Wendy's career has been, the talk show host isn't ashamed of revealing the trouble-filled stints that her personal life has been. Wendy's bumpy marriage with her ex-husband Kevin Hunter which the media so vigorously devoured and disbursed is only the tip of the iceberg. Wendy's biopic, Wendy Williams: The Movie, thoroughly covers the trials and tribulations of her life, including her two-decades-long marriage with Hunter. 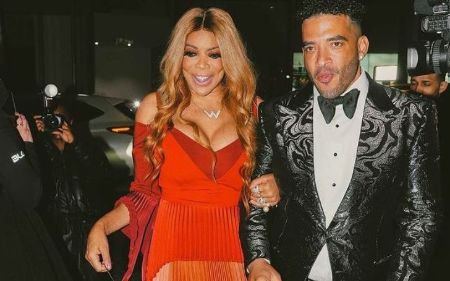 Williams filed for divorce from Kevin after he fathered a love child with his mistress. SOURCE: Instagram

It was a fairytale start, we figure. The New Jersey-born media mogul met Hunter in 1995 and married him after almost three years of dating bliss in November 1997. Although the duo's sour relationship was unveiled in front of the world pretty recently, Wendy revealed that trouble knocked at their paradise early in their marriage. Hunter cheated on Wendy following the birth of their only son, Kevin Samuel, in 2000. The talk show host suffered several miscarriages before that.

Detailing the hurtful betrayal in her 2013 memoir Wendy's Got the Heat, the media mogul says she chose to stay with Kevin because the incident strengthened their relationship. "You never go back to who you were; only a fool does," Wendy said, adding, but I love him, and he loves me, and we addressed it head-on."The couple's marriage allegedly went on with Hunter going behind Williams' back a number of times.

Hunter reportedly led a double life, but Wendy maintained a smooth marriage as she grappled with her health and addiction. Williams reached her limits when Hunter fathered a child with his mistress. "Wendy had hired a personal investigator and confronted him," a source said, adding, "he confronted to everything six weeks ago. The host-turned-writer filed for divorce from Hunter in April 2019, and their divorce was finalized in January 2020.

Wendy Williams is back with her new podcast, The Wendy Experience!

After a tumultuous year and a nasty split from Hunter, Williams relapsed and checked into a treatment facility last year in September. Wendy's purple chair on The Wendy Williams Show was also passed to Sherri Shepherd as Wendy navigated the chaotic phase of her life. The 57-year-old is out of rehab and ready to jump into the spotlight. Williams is returning to our screens with a new podcast, The Wendy Experience.