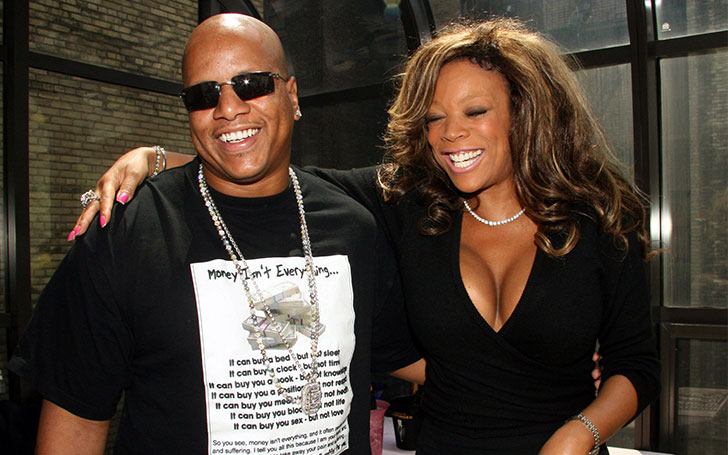 New Jersey native Wendy Williams grabbed all the media attention this time for all the wrong reasons! Kevin Hunter, the husband of famous TV show host, Wendy Williams is allegedly involved in an extramarital affair and welcomed a child with his rumored mistress.

According to some source, Hudson recently got discharged from a hospital in Philadelphia on Sunday, March 24.

While it was confirmed that Hudson was seen leaving the hospital, no exclusive reports are made public that confirms "Kevin entitled himself as a father".

Neither Hudson nor Hunter made comments regarding the birth or alleged infidelity. However, the rumors swirled up the internet that Williams' husband was having an affair.

Many news confirmed their romance and the birth of a new baby. The site Love B Scott first confirmed the news and reported that it's a baby girl.

According to Page Six, Hudson and Hunter decided not to have the baby in New York as "it would be leaked to the press". Yet, the site admitted that instead of choosing NYC, they insisted for Hahnemann University Hospital in Philadelphia.

"Sharina gave birth to the baby at Hahnemann University Hospital in Philly. Apparently, they chose this location because they were worried that if she gave birth in New York, it would be leaked to the press."

Also, Read: Justin Bieber Wants to Focus on his Marriage with Hailey Baldwin and wants to 'Become a Good Father'

Meanwhile, The Wendy Williams Show host, Wendy came to the speculation of viewers regarding her relationship status as she was seen going to work without her wedding ring on Monday.

Williams who suffered from an autoimmune condition Graves disease returned to her show after two months break.

"This is a crazy situation, Wendy is in a halfway house fighting for her sobriety, while her husband is at the side of his mistress who is giving birth to a baby. Sharina went into labor on Sunday (and) is believed to have given birth late on Sunday or in the early hours of Monday."

However, she was seen with her ring as it reappeared during her episode of The Wendy Williams Show, later that morning.