Home Article How much is the net worth of American Singer-Songwriter Carrie Underwood? Know about her Sources of Income in Detail

How much is the net worth of American Singer-Songwriter Carrie Underwood? Know about her Sources of Income in Detail 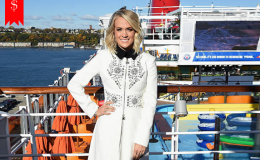 arrie Underwood who rose to fame after winning the singing reality show, American Idol earned a huge amount in her bankroll with her successful career musical career. Underwood's estimate is around $ 85 million according to Celebrity Net worth, whereas another online site The Richest claimed that her estimated net worth is $55 million.

The winner of the fourth season of American Idol Carrie Underwood who got a million-dollar recording contract in the show is one of the most successful American Idol winners of all time.

How much has the singer and songwriter, Underwood earned from her musical career? What is her current net worth? We have all the details about Underwood's assets here.

How Much Net Worth Has American Singer-Songwriter Carrie Underwood Accumulated?

The 34-year-old singer Carrie Underwood who rose to fame after winning the singing reality show, American Idol in 2015 earned a huge amount in her bankroll with her successful musical career.

Underwood's net worth is estimated to be around $85 million according to Celebrity Net worth, whereas another online site The Richest claimed that her estimated net worth is $55 million. 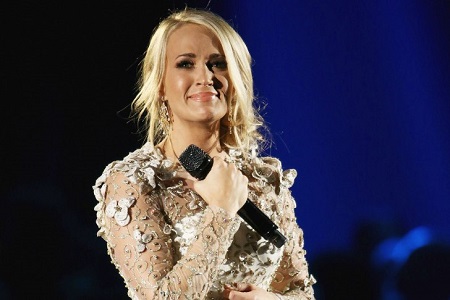 The winner of the fourth season of American Idol, Carrie Underwood

What Are Carrie Underwood's Sources Of Income?

Underwood's primary sources of income are selling her recordings and world musical tours. By 2015, the singer was successful in selling over 65 million records worldwide.

Over 170,000 recording of her debut single Inside Your Heaven was sold in the first release week. As per a source, the selling of the single added $1 million in her net worth. Moreover, she earned around $10 million with the selling of her other two hit tracks Jesus, Take the Wheel and Before He Cheats. The singer altogether sold 9 million recordings of the singles.

Underwood was also successful to sell 527,000 copies of his second album, Carnival Ride in its first week. The album also was certified Multi-Platinum for four times.  Her third album Play On became the top-selling release of the year by selling over 318,000 copies in its first week. 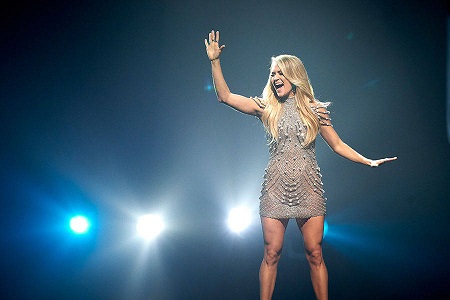 Her 2012 album lown Away added $1,900,000 in her bankroll with the selling of 1.648 million copies. Underwood's another major hit track Blown Away in 2012 became certified Triple Platinum selling over 2 million copies.

Further, live musical concerts is another major source of Underwood's income. Underwood; one of the popular singers earned over $66 million from live music performance. In the year 2008, she performed in the Love, Pain and the Whole Crazy Carnival Ride Tour and the Carnival Ride Tour. Her Blown Away Tour in 2012 was a massive success, and she earned $29,200,000 from the tour.

Multi-million endorsement contract with several brands and products also added figure in Underwood's net worth. Her big endorsement deal was with Skechers global advertising campaign in 2005, Target advertisements in 2007, Nintendo's television commercials in 2008, Nicole by OPI in 2014 and Dick's Sporting Goods in 2015.

The former American Idol was also the brand ambassador for Olay skin care in 2011 and Almay's global brand ambassador in 2014. In collaboration with Dick's Sporting Goods, Underwood also established her own fitness clothing brand, CALIA by Carrie Underwood in 2015.

Besides, Underwood also performed in several television series and films. Her debut series How I Met Your Mother in 2010 became the second highest rated episode with 10.48 million viewers.

Her first big screen movie was Soul Surfer released in 2011 which made $47.1 million at the box office. She also performed in The Buried Life, Nashville, Talking Dead and many more.

In 2018, her Cry Pretty became the best-selling solo female album of the year. She became the first female single to hit the Billboard 200 chart with four country albums. 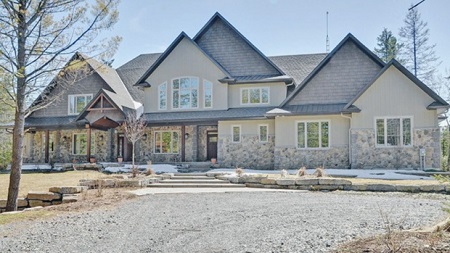 Carrie Underwood and Mike Fisher listed the mansion in Ottowa, Canada for sale in $2.2 million

Also read: After a Wrist Surgery and 40 Stitches on Her Face, Carrie Underwood is Doing Well Now: Reports

Fisher's estimated net worth is around $30 million. The couple later listed the mansion for sale in $2.2 million in 2013. Reportedly, Underwood and Fisher bought a cottage in Nashville in 2012.

Underwood has been engaged in several charities. She is a founder of Checotah Animal, Town, and School Foundation which supports needs in the area of Checotah.

Also Read: What is the net worth of AnnaSophia Robb? Know about her career and awards

Reportedly, Underwood also gave $140,125 to Save the Children on charity in 2011. During her Blown Away Tour in 2013, Underwood donated $1 of each ticket sold to the American Red Cross. 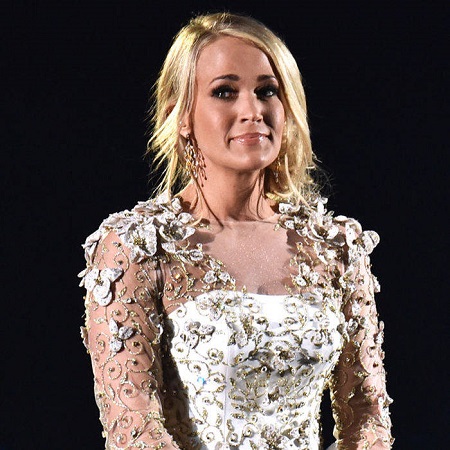