Home Article What is Nicolette Robinson Famous for? Who is She Dating Currently? Details Here

What is Nicolette Robinson Famous for? Who is She Dating Currently? Details Here 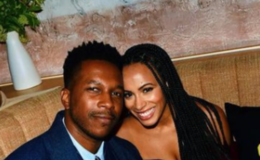 Nicolette Robinson is an American actress who has been in both theatre and television. In this article, learn all about Robinson's personal life.

Nicolette Robinson is an American actress who has been in both theatre and television. The 5'5'' tall actress is best recognized for her performance as Jane in the television drama The Affair and her part as Jenna in the stage musical Waitress.

Who Is Nicolette Robinson Married To?

Nicolette Robinson, 34, is married to her husband, Leslie Odom Jr. The pair first crossed paths and became friends while in a production of Once On This Island. She was initially a front-runner for a specific part but ultimately failed to get the role. However, when someone else in the cast became sick, she was pulled in, and that's when she finally got to meet her future husband. 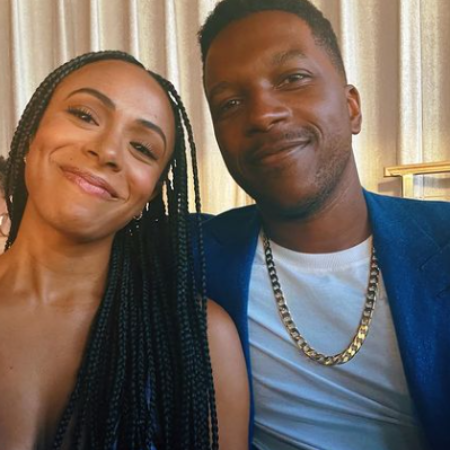 In a twist of fate, the couple did not fall in love at first sight. Robinson told Broadway Buzz that the beginning of their relationship "was not a romantic thing at all." "In all honesty, it was nothing more than a human connection like, 'Wow, I need to be around this guy all the time.' After the show, we kept in touch, and not long after that, we began dating."

Nicolette said, "We didn't know if the first date was going to be the first date, but it ended up being the first date. None of us were stating that it was a date, but then it for sure was a date when he kissed me at the end of the night, and the rest, as they say, is history!"

As per Pure Wow, in 2012, the lovebirds tied the knot in Los Angeles. They have also been blessed with two children throughout this time. Their first kid, Lucille, was born on April 23, 2017.

In 2021, the duo celebrated the birth of their child, a boy named Able Phineas. The exciting news was announced by Leslie in an Instagram post, "More life! One entire week spent with our Abe. Having to watch Nicolette give birth to these children... Simply put, some of the most courageous deeds I've ever seen in person, and I was just a foot away," the father of two wrote. "I have no words to express how much I adore you, sweetheart. Our tiny family is so happy that we are bursting at the seams! And gratitude. More life!"

Nicolette Robinson was born in Los Angeles, California, on April 18, 1988. She received her education at the University of California, Los Angeles, where she focused her studies on musical theatre. 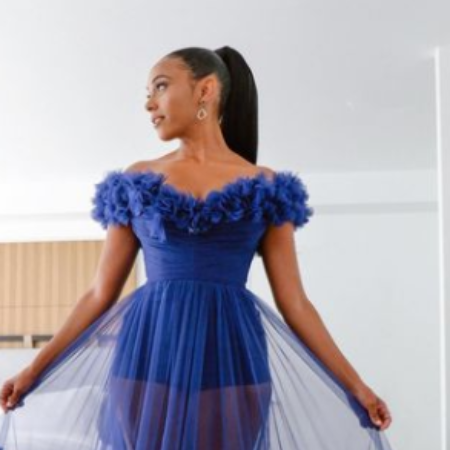 During her time as a student, Robinson participated in several stage productions, including UCLA's Awaken A Cappella. The Princess Grace Foundation of the United States awarded her the Gant Gaither Theater Award.

Robinson then had her breakthrough performance in 2014 when she was cast as Jane in the television series The Affairs, where she appeared alongside Dominic West, Maura Tierney, and Julia Goldani Telles. Her portrayal of the lead role of Jenna Hunterson in the Broadway musical Waitress by Jessie Nelson, in which she made history by becoming the first woman of colour to act in the role, is considered her most notable performance.

Nicolette has participated in various stage productions and television shows, including Post Office Workshop, Once on This Island, Cold Case, Hart of Dixie, and Unforgettable.

In 2003, Nicolette Robinson's partner Leslie Odom Jr. debuted in his first television role, a reoccurring one on the CSI: Miami series. He played the part of Maliko Christo in the drama series Vanished, in which he had a recurring role. 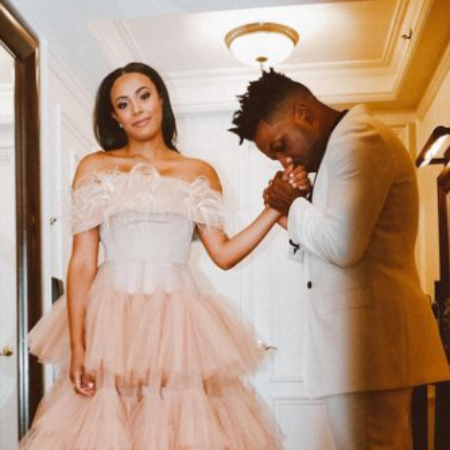 In 2003, Nicolette Robinson's partner Leslie Odom Jr. debuted in his first television role, a reoccurring one on the CSI: Miami series. SOURCE: Instagram

Leslie played Freddy, a recurring character, in the sitcom Big Day from 2006 until 2007, which aired on ABC. In 2011, Odom appeared as a guest on several television dramas, including NCIS: Los Angeles, Zeke and Luther, and Supernatural.

In 2013, Odom was given the role of Sam Strickland, the protagonist of the musical drama Smash. During the same calendar year, he also appeared on multiple Person of Interest episodes. After that, he was featured in an episode of Gotham in 2014. After that, in 2016, he hosted the web series Aaron Burr, Sir: Backstage at Hamilton with Leslie Odom Jr.

Leslie has been in several short films up to this point, the most notable of which is titled Scarecrow Joe and Luna Goes Cruising. In the action movie Red Tails, he appeared as a supporting character named Declan 'Winky' Hall in 2012.

Odom provided the voice for the animated sitcom We Bare Bears character Dr Leslie in one of the show's episodes. In the movie version of the Agatha Christie book Murder on the Orient Express, released in 2017, the actor played the role of Dr Arbuthnot.

In 2014, Leslie made his debut as a solo artist with the release of his self-titled debut album on SoundCloud and CD. After signing a recording contract with S-Curve Records, he reworked and re-recorded his album, Leslie Odom Jr., which was eventually made available to the public in June 2016.

Simply Christmas was the title of Odom's second studio album, released on November 11, 2016. It was a jazz album that featured different interpretations of traditional Christmas songs. The album's deluxe edition, which featured four additional tracks, was made available for purchase in October 2017.

As a singer, Leslie frequently goes on tour to promote the release of his jazz albums. He usually performs with his quintet, which consists of a percussionist, drummer, guitarist, bassist, and pianist. Odom published his book in 2018, and the title of the book is Failing Up: How to Take Risks, Aim Higher, and Never Stop Learning.