Home Article Who are Nikki Haley's parents? Know about her Family, Married life, Husband and Children

Who are Nikki Haley's parents? Know about her Family, Married life, Husband and Children 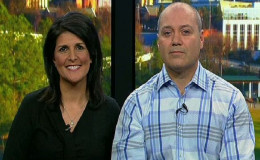 The current United States Ambassador Nikki Haley has an amazing professional life along with the personal one. She's living a happy married life with husband Michael Haley.

Nikki Haley the first female and Indian-American who served as the governor of South Carolina has an excellent professional life. She is currently working as the United States Ambassador appointed by President Donald Trump.

Her married life with husband Michael Haley is also equally fascinating. She is now a mother of two kids; living a happy family life.

Know more about her parents and personal life over here.

Governor Nikky tied the knot with Michael Haley, a captain in the South Carolina Army National Guard back in the year 1996.

Sources say that the couple met for the first time at the governor's first weekend at Clemson University, the university where she received her Bachelor's degree.

Nikki and her husband Michael heading to the State House, Source: Getty Images

There are some interesting facts about the marriage of the Haley couple. They exchanged vows in both a Methodist church and a Sikh gurdwara ' gateway to the guru'.

Yes! you are heard it right. Michael and Nikki still participate in several cultural events based on Sikh rituals.

After her marriage to Haley, she converted to Christianity and now frequently attends Mt. Horeb United Methodist Church.

The lovebirds are blessed with two kids, Rena and Nalin. The family of four is living a wonderful life together with no rumors of divorce or extra-affairs.

It's no more a hidden fact that she's a proud daughter of Indian immigrants. She once said,

"I am the proud daughter of Indian immigrants who reminded my brothers, my sister and me every day how blessed we were to live in this country."

Haley, who was once a member of the South Carolina House of Representatives was initially named Nimrata Nikki Randhawa. She was born to the family of Ajit Singh Randhawa and Raj Kaur Randhawa; emigrated to South Carolina from Punjab, India. 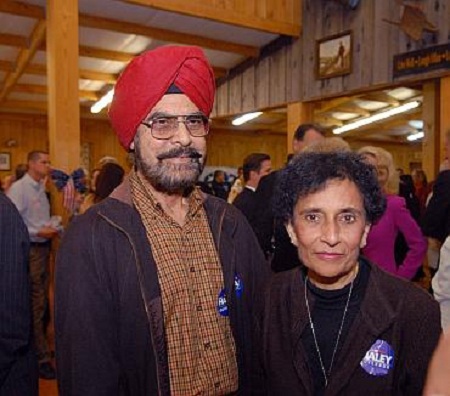 They were the first Indian immigrants residing in the small town of Bamberg, South Carolina. Her father was a professor at Punjab Agricultural University and her mother is a graduate of the University of Delhi.

"And at this point, there's not a whole lot the Security Council's going to be able to do, we've cut 90 percent of the trade and 30 percent of the oil. Having said that, I have no problem kicking it to General Mattis because I think he has plenty of options."

Haley has two brothers, Mitti who is a retired member of the United States Army Chemical Crops and Charan, working as a web designer at present and a sister, Simran, a radio host.

She was fairly against the America's open borders but also criticized the idea of banning Muslims from entering the country. See her statement:

"We must fix our broken immigration system. That means stopping illegal immigration. And it means welcoming properly vetted legal immigrants, regardless of their race or religion. Just like we have for centuries."

The United States Ambassador Nikki has a better understanding of immigrants and immigration than GOP politicians who are originally from the same country. 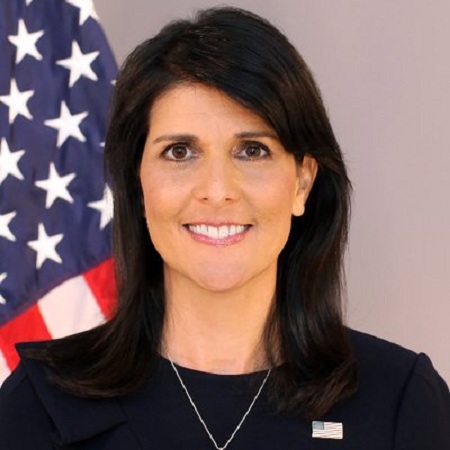