Home Article Who is Amaia Salamanca? How is her Net Worth? All the Details Here

Who is Amaia Salamanca? How is her Net Worth? All the Details Here 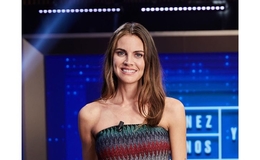 The Gran Hotel famed actress is in a relationship with a Sevillan businessman Rosauro Varo Rodriguez. The hot couple is now together for more than a decade.

Amaia Salamanca is a famous Spanish actress who gained notoriety for her portrayal in the television series 'Sin tetas no hay parasio' as Catalina Marcos. The actress is lucky to have a joyous love life and a prolific career.

Are Amaia Salamanca And Her Husband-To-Be Married?

A Spanish actress Amaia Salamanca is yet to be married; however, she is happy in a live-in relationship with her true love life, Rosauro Varo Rodríguez, a businessman. For the first time, the couple met in 2010 at a party held in Ibiza and soon began dating. 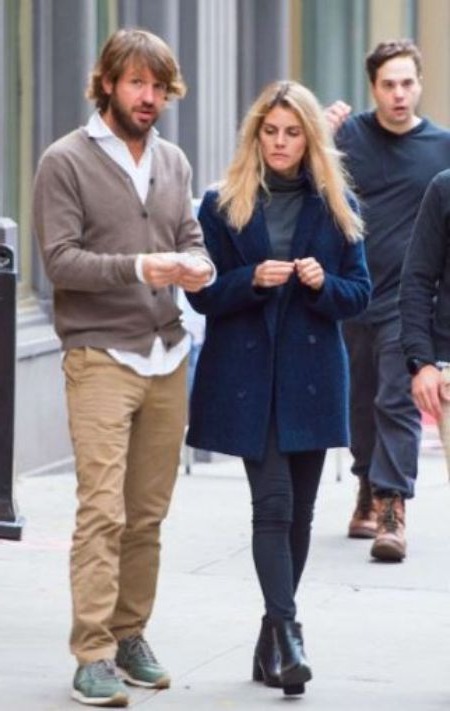 Further, the feelings for one another blossomed, and the two got a great connection from that moment on. The duo gracefully leads their successful partnership together; this shows the couple is made in heaven.

The A pesar de todo famed actress and her man have been together for a long, but there is no news of the couple getting married. You heard it right! Maybe Amaia and Rosauro don't have time to plan for marriage because of their tight schedule. Yet, they are going strong and raising a lovely family.

Amaia Salamanca Is In Relationship With Rosauro Varo

The Gran Hotel cast and her husband also faced many ups and downs, but the two have always stood up for each other. Despite their numerous conflicts, they instantly resolve them. The lovebirds also like to keep a low-key media profile. 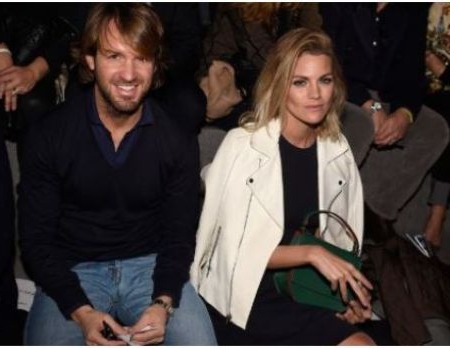 Besides that, she was once rumored to be hooked up with the Spanish footballer Sergio Ramos and even dated a Spanish actor Miguel Angel Silvestre, but they couldn't last with each other.

If you're a regular follower of Salamanca, then you'll be up to date with the fact that she flies to New York to spend quality time with their family. The pair might surprise everyone, including her followers. We hope we will soon get a chance to hear the happy news.

Amaia Salamanca Is a Proud Mother Of Three Kids

From the nearly decade-long affair between relationship between the blue-eyed actress and her better half, Amaia became a mom of three kids, two sons and a daughter. 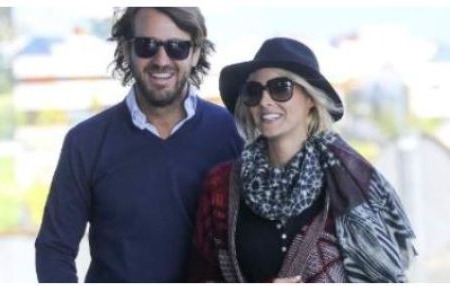 Amaia Salamanca and Rosauro Varo Rodríguez are together for over a decade. SOURCE: Instagram(@amaiasalamanca)

The lovebirds welcomed their youngest son, Mateo Varo Salamanca, on October 7, 2016. Similarly, a family of three became four a year after their first child's birth.

All of the actress' children are enrolled in the school. The proud parent's bond has become even stronger because of their children. Their baby children's arrival increased happiness in the couple's life.

Amaia Salamanca is blessed to have a successful personal and professional life. Her first TV series debut was in SMS (Sin Miedo, a Sonar). In 2006, she got listed in Maxim's one hundred most attractive celebrities.

Check out the video of Amaia Salamanca behind the photoshoot.

She started making a name for himself in showbiz, appearing as Alicia Alarcón in the series Gran Hotel. Amaia is rich enough to live a lavish life. The lady adds extra income from her business precisely from her company, No Insistas SL, launched in 2008.

Today date couple mostly remains busy in their respective careers, but they somehow manage to give time to each other. The family of five currently resides in La Moraleja, Madrid, in a luxurious three-story house with five bedrooms and five bathrooms.

Amaia Salamanca Is A Millionaire

Amaia Salamanca is a famous Spanish actress praised for her role as Alicia Alarcón in the series Gran. The lady collects most of her money from her prolific career in the entertainment industry.

As of 2022, Amaia's net worth is estimated to be $5 million. As an actress, she received 6,000 to 10,000 euros per episode for her playing in No tits no paradise working opposite José Sacristán, Daniel Lundh, Álex García, and a few others.

Talking about Salamanca's soulmate, he gained popularity among business entrepreneurs after selling Pepephone. He opened the Atento Inversiones group and linked with clubs such as Puro Beach and Saldana in Marbella.  The source claimed that the property's total price exceeds one million euros.

Keep coming back to Married Wiki for exciting articles and news about celebs.