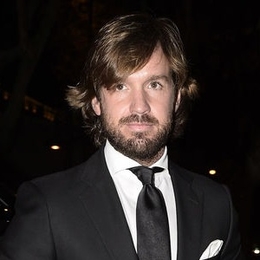 Rosauro Varo Rodriguez is a Spanish entrepreneur, as well as a businessman who has invested in several business sectors. Rodriguez is also the CEO of Otto By Atento SL and the vice president of Vector Ronda Teleport SL. Besides, he also works as an advisor for Vendors of Ilusiones SL Liquors and Cups of Seville SL or Top Moda Sevilla SL.

Blissful Relationship With His Long-term Girlfriend

It is a blessing to have a successful profession as well as a personal life. Well, a Spanish businessman, Rosauro Varo Rodriguez, is lucky enough to have a blissful love life along with a prolific career. 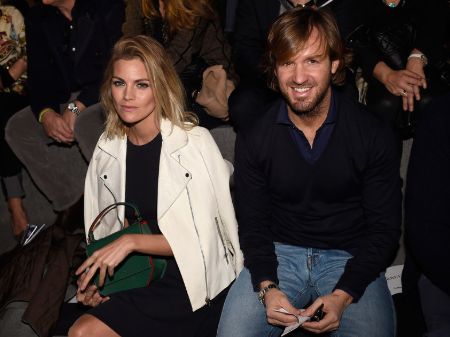 Varo is in a relationship with his long-term girlfriend, Amaia Salamanca, a Spanish actress famous for her role in the series Gran Hotel. Similarly, she also appeared on the series Tiempos de Guerra alongside Daniel Lundh and José Sacristán.

The couple met for the first time in 2010 in one of their mutual friends party in Ibiza. Shortly, the duo fell for one another in their first meeting and soon began dating. 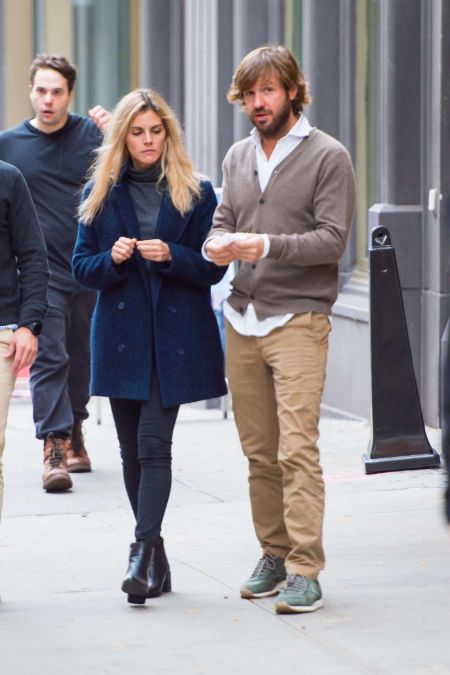 After being in a relationship for a few years, the duo began to live together. Although the lovebirds are in a live-in relationship, they prefer to maintain a low key media life.

From their nearly a decade long affair, Rosauro and Amaia are blessed with three adorable kids. The pair welcomed their first child, a daughter Olivia Varo Salamanca on 9th April 2014. His partner, Amaia, was 28 years old when she became a mother for the first time. 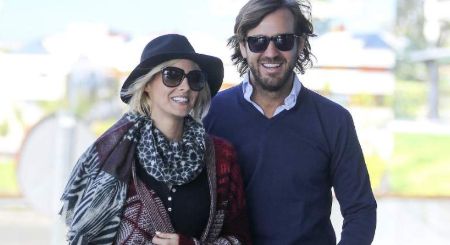 Similarly, the family of three became four after a year of the birth of their first child. The blue-eyed actress gave birth to their second child, son Nacho Varo Salamanca, on 8th September 2015.

The lovebirds, likewise, welcomed their third child Mateo Varo Salamanca on 7th October 2016. Currently, Rosauro is living happily with his future wife and kids without facing any unwanted rumors and controversies. 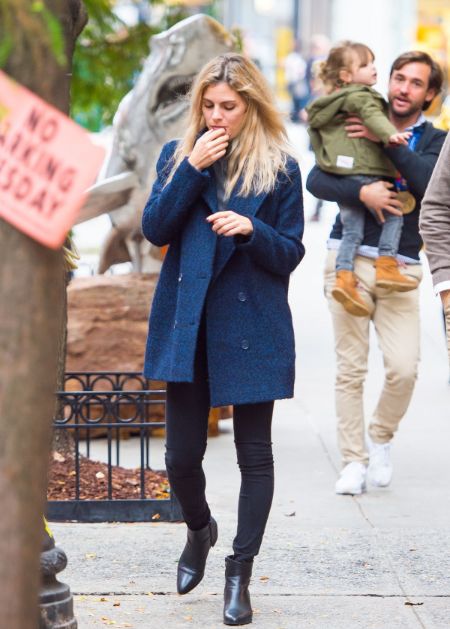 Rosauro and his partner Amaia mostly remain busy with their respective careers. Despite their busy career schedule, the duo, however, manages time for each other and family. In addition, they also frequently go to New York to spend time with their families.

Although Rosauro and Amaia are living together for long and further shares three kids, they are yet to get hitched. Moreover, they haven't revealed the plans of tying the knot anytime soon.

Varo Rodriguez began his career as a businessman at a very young age of 17, riding a telebotellón. He then founded the Atento Inversiones group, which focused on the world of investment, hospitality, and commerce. He also linked with clubs such as Puro Beach and Salduna in Marbella.

Furthermore, Varo also runs a real estate business from his own company called Gat Legacy Spain SL. He established the company in 2013 by investing 2.7 million euros. According to the source, the current total assets of the company are somewhere around 10 million euros.

His Overall Net worth

Being the owner of large business companies, Rosauro Varo Rodriguez earns a tremendous amount of money. Besides his own companies, he also works as a CEO for Otto By Atento SL. He further works for other companies like Vector Ronda Teleport SL, Grupo Atento Inversiones SL, etc.

Rodriguez probably receives good paycheques from these firms. As of now, the actual net worth of the entrepreneur is under review. But analyzing his income source and works, Varo's net worth must be in some millions.

Further, the house features a mortgage of 1.2 million euros whose repayment term ends in 2021. The housing of the villa covers 490 meters space, among its total area of 2,700 square feet.

Also, the couple owns a villa in the Guadalmina urbanization. It is a 3,547 square meter two-story house with a 644 square meter two patios. Further, the mansion has five bedrooms along with respective bathrooms. 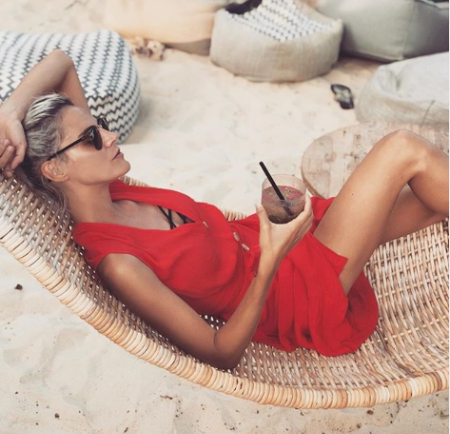 Besides, the house features a pool. Its mortgage is 1.5 million euros, which will expire in 2027.

Apart from this, Rodriguez and his lover Amaia owns property in Córdoba. They further have an apartment in Estepona, which measures 95 square meters. It was previously owned by Córdoba Rafael Gómez, aka Sandokan. The apartment features a storage room and garage.

Rodriguez also bought an eighteenth-century mansion in the center of Seville. It lies about 1,200 meters in the Santa Cruz neighborhood of Seville. The source claimed that the price of the property exceeds one million euros.

Currently, the couple is reforming their house. Rodriguez has also planned to start a new business along with a luxurious hotel.

His Wife's Net worth And Investments

Rosauro Varo Rodriguez's wife, Amaia Salamanca, is a Spanish actress. She earns a hefty amount of money from her prolific career in the entertainment industry.

Apart from her income from the entertainment industry, Amaia also adds an extra amount of money from the business. She owns a company called No Insistas SL, which she launched in 2008. As per the source, the company's value was 349,964 euros and real estate investments of over 251,766 euros in 2015.

Involved In A Taxi War Against The VTC

A Spanish businessman, Rosauro Varo Rodriguez, is reported to be the manager of 1,500 VTC licenses. In 2019, he became the target of taxi drivers in their war against the vehicles of concerted transport or VTC.

In an interview, Rodriquez said;

"He does not know to what extent I would like to give my version of everything that is happening, it is not just what they are doing, but I prefer to remain silent and not pronounce myself in the media. In any case, I think the facts speak for themselves. themselves." 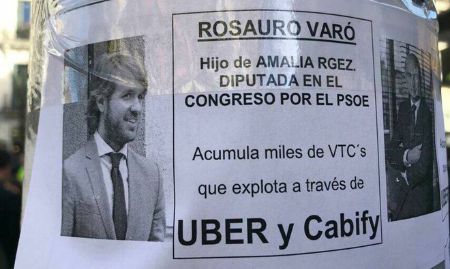 Further, the protestors stuck posters featuring Rosauro where it was written;

"Rosauro Varo, son of Amalia Rodríguez, a deputy in Congress by the PSOE, accumulates thousands of licenses that exploits through Uber and Cabify."

The case is yet to be solved. On the other hand, some people do not believe that Varo owns 1,500 VTC vehicle licenses.

Rosauro Varo is the second child, son of a businessman Rosauro Varo Rodriguez and his partner Amaia Salamanca.

Mateo Varo Salamanca is the son of a Spanish businessman Rosauro Varo Rodriguez and his lover Amaia Salamanca, an actress.